Scattered rains in parts of Mindanao on April 29 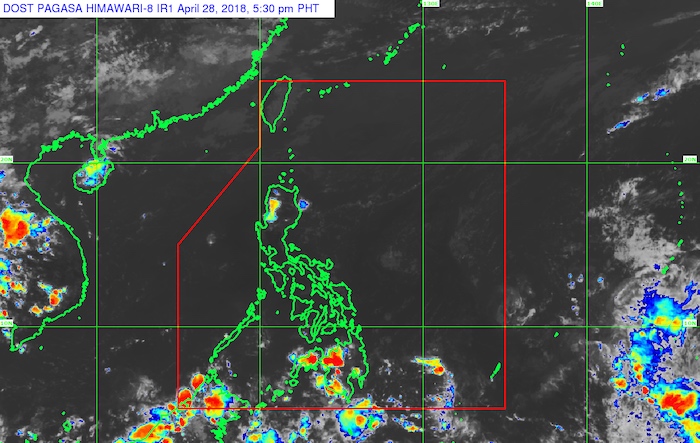 In its 24-hour bulletin on Saturday afternoon, April 28, PAGASA said the regions of Soccsksargen and Zamboanga Peninsula will have cloudy skies with scattered rainshowers and thunderstorms due to the intertropical convergence zone (ITCZ) affecting southern Mindanao.

Residents in these areas are advised to be on alert against possible flooding or landslides due to light to moderate with at times heavy rain.

Meanwhile, easterly winds are affecting the rest of the archipelago.

The rest of the country, including Metro Manila, will have partly cloudy to cloudy skies with isolated rainshowers due to localized thunderstorms.

Coastal waters will be slight to moderate across the Philippines. – Rappler.com