Facebook Twitter Copy URL
Copied
Signal No. 1 is lifted for areas in Mindanao, but it is still raised in parts of Luzon and the Visayas early Wednesday, November 21

In a bulletin released past 2 am on Wednesday, the Philippine Atmospheric, Geophysical, and Astronomical Services Administration (PAGASA) said Samuel is already 30 kilometers east of Borongan City.

The tropical depression is now moving northwest at a slightly faster 20 kilometers per hour (km/h) from the previous 15 km/h.

Samuel maintained its strength as it hit land, with maximum winds of 55 km/h and gustiness of up to 65 km/h.

Signal No. 1 has been lifted for areas in Mindanao, as the tropical depression moved upward toward the Visayas. Only the following remain under Signal No. 1: 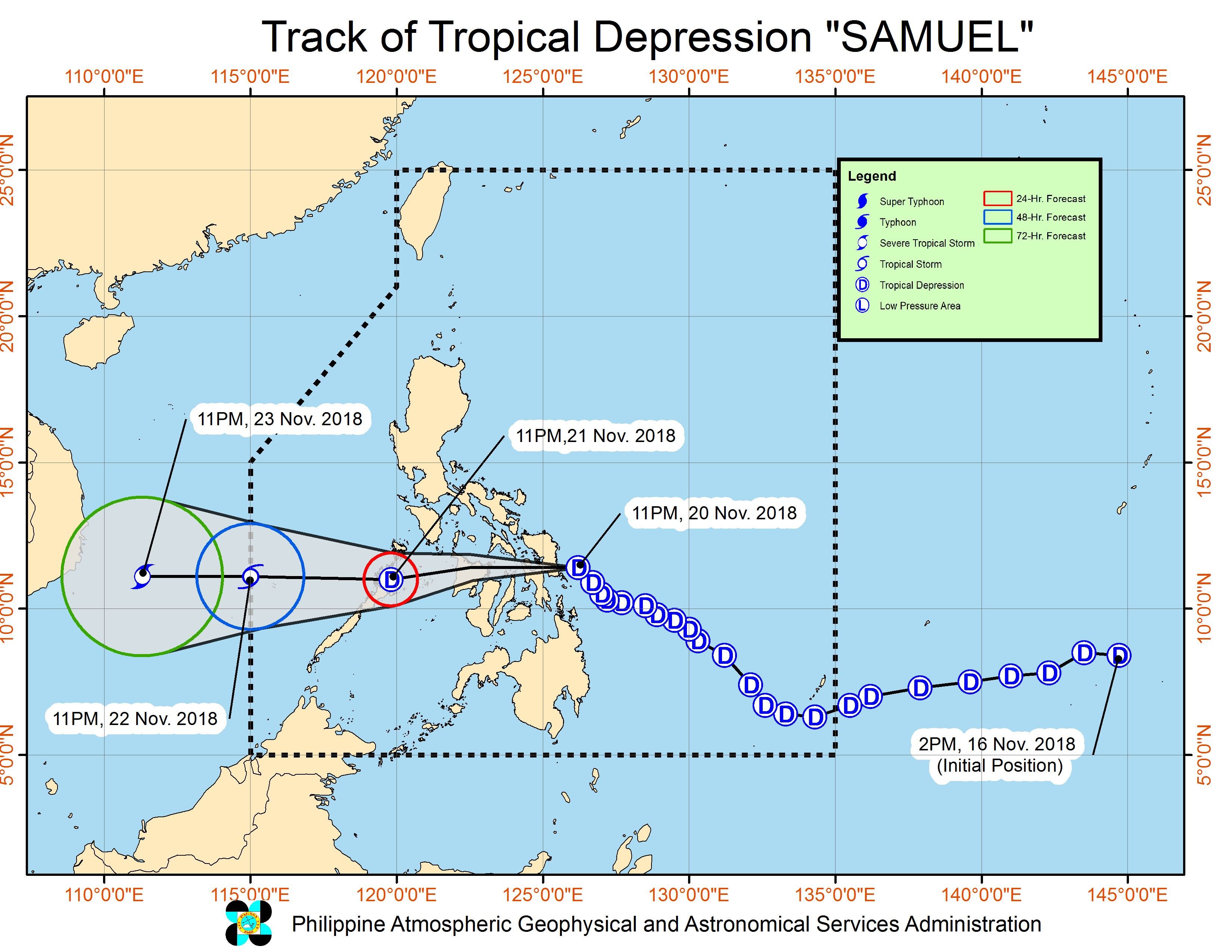