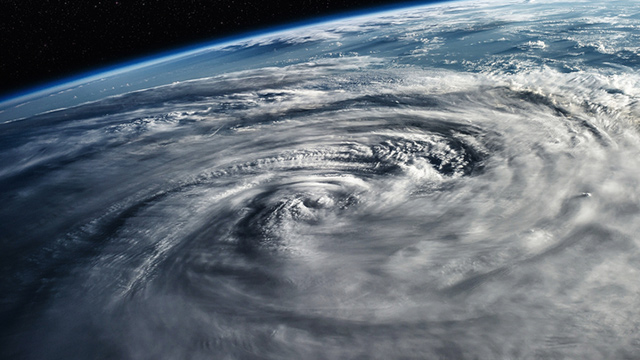 MANILA, Philippines – The names for tropical cyclones in 2019 range from the very local Amang to the foreign-sounding Zigzag.

The Philippine Atmospheric, Geophysical, and Astronomical Services Administration (PAGASA) gives local names to tropical cyclones when they enter or form inside the Philippine Area of Responsibility.

In PAGASA’s case, it has 4 sets of tropical cyclone names that are used every 4 years. These names have already been previously listed. 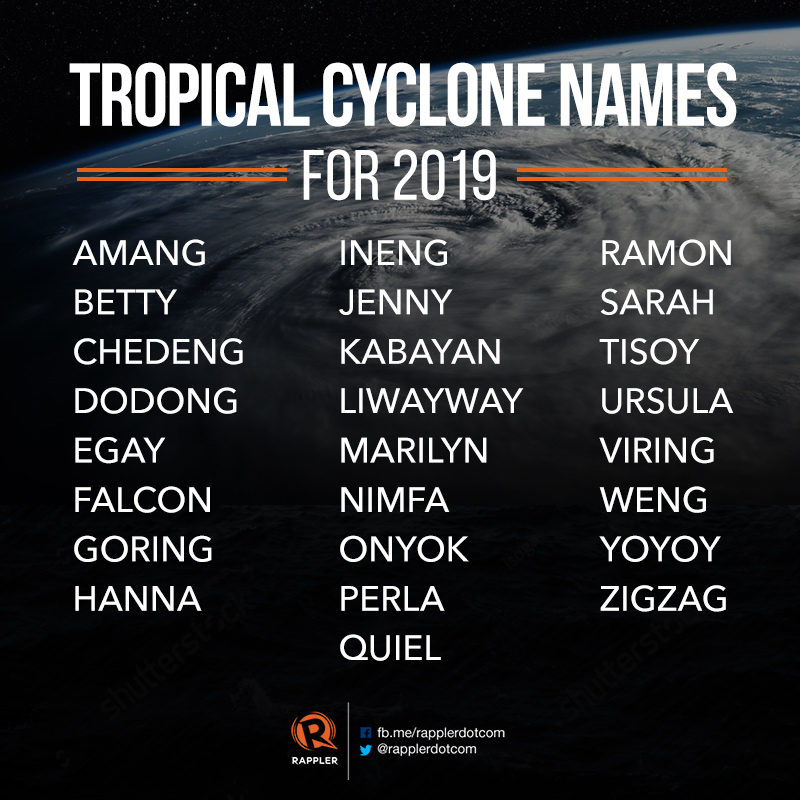 The Philippines gets an average of 20 tropical cyclones per year, so the names above should be more than enough.

But in case all 25 names on the original list are used, there’s also an auxiliary list ready. 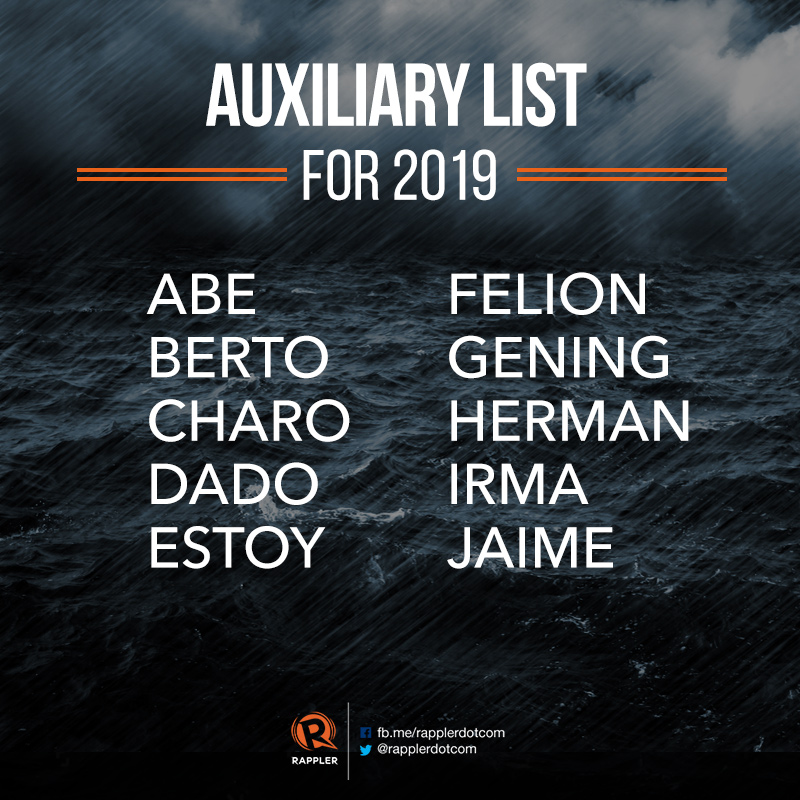 Examples of decommissioned names include Tropical Storm Ondoy (Ketsana) in 2009 and Super Typhoon Yolanda (Haiyan) in 2013.

A tropical cyclone name can also be dropped if it is closely associated with a prominent personality, to avoid public ridicule. For instance, PAGASA changed Nonoy to Nona in December 2015 because it sounded like Noynoy, the nickname of then-president Benigno Aquino III. – Rappler.com