MANILA, Philippines – Tropical Depression Falcon appeared less likely to make landfall as it changed its direction before dawn on Tuesday, July 16. It will, however, still trigger rain, along with the enhanced southwest monsoon or hanging habagat.

In a briefing past 5 am on Tuesday, the Philippine Atmospheric, Geophysical, and Astronomical Services Administration (PAGASA) said Falcon is already 690 kilometers east of Tuguegarao City, Cagayan.

The tropical depression is now moving west from the previous direction of northwest, still at a relatively fast speed of 30 kilometers per hour (km/h). Generally, it continues to approach Extreme Northern Luzon, or the Batanes-Babuyan area, but now seems unlikely to hit land.

Falcon maintained its strength, with maximum winds of 55 km/h and gustiness of up to 65 km/h. But it could intensify into a tropical storm within 24 hours. (READ: FAST FACTS: Tropical cyclones, rainfall advisories)

The tropical depression is also enhancing the southwest monsoon – another source of rain.

Residents of those areas must watch out for possible flash floods and landslides.

PAGASA also advised fishermen and those with small seacraft not to venture out into the seaboards of areas under Signal No. 1 and the eastern seaboards of Southern Luzon, the Visayas, and Mindanao.

Falcon is now expected to leave the Philippine Area of Responsibility on Friday, July 19. It was initially seen to exit on Thursday, July 18. 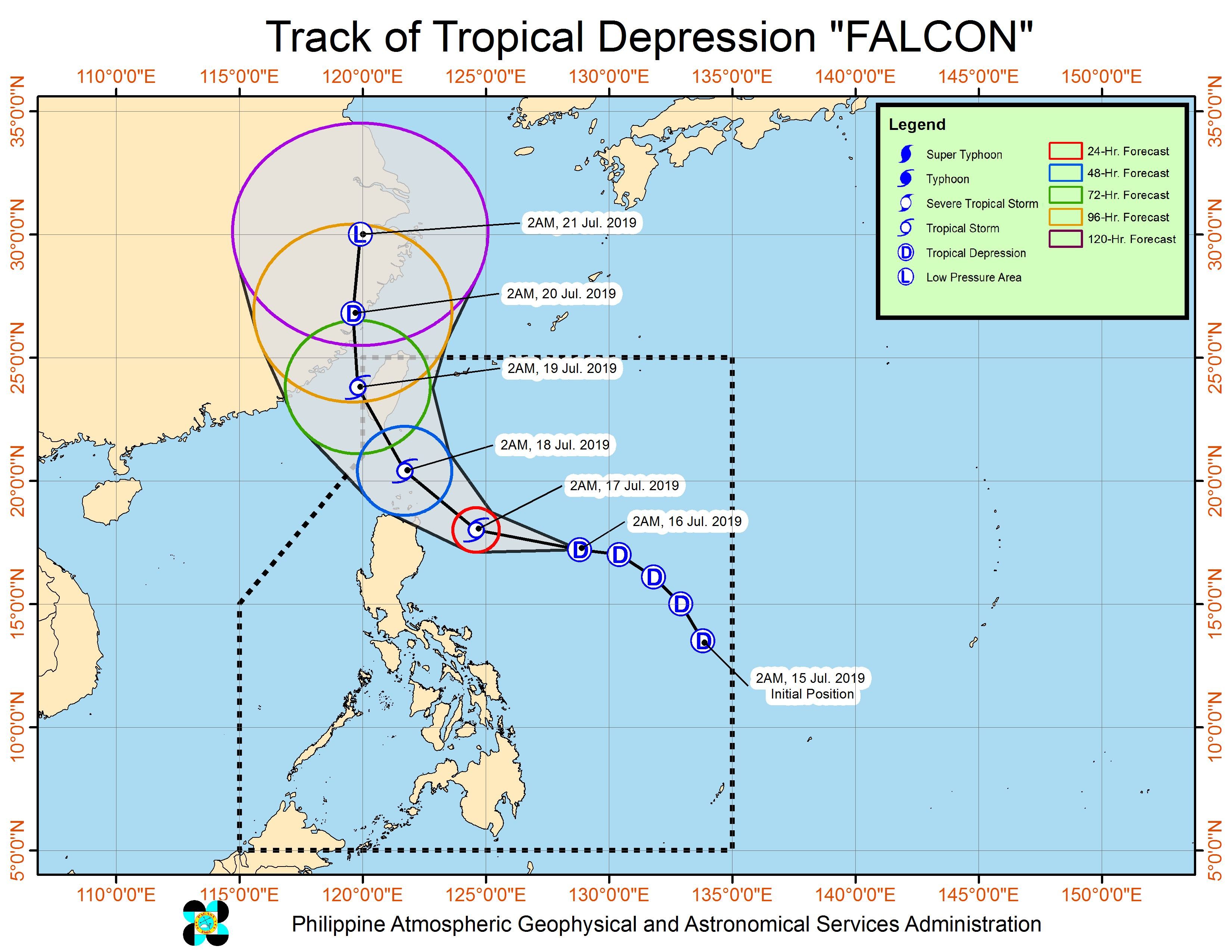