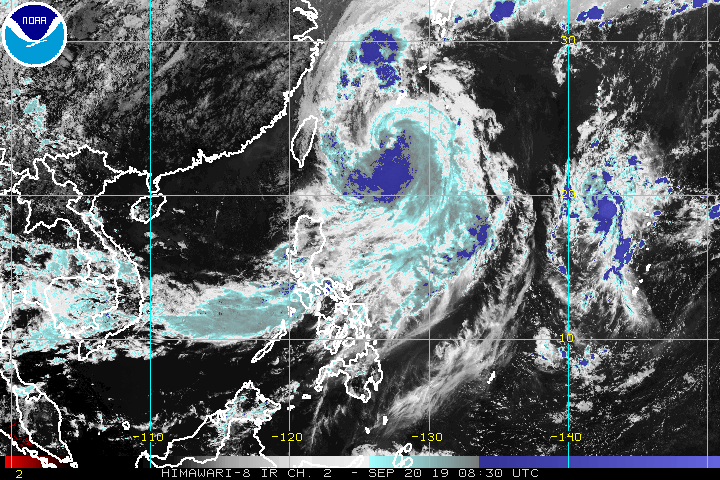 MANILA, Philippines – Nimfa intensified from a tropical storm into a severe tropical storm at 2 pm on Friday, September 20, less than a day before its expected exit from the Philippine Area of Responsibility (PAR).

Nimfa is not expected to make landfall in the country, and there are no areas under tropical cyclone wind signals. But its trough or extension earlier brought rain to some areas.

What continues to trigger rain is the southwest monsoon or hanging habagat, which is still affecting Luzon. Below is the latest on the expected rainfall.

Based on Nimfa’s latest forecast track, it will leave PAR on Saturday morning, September 21. 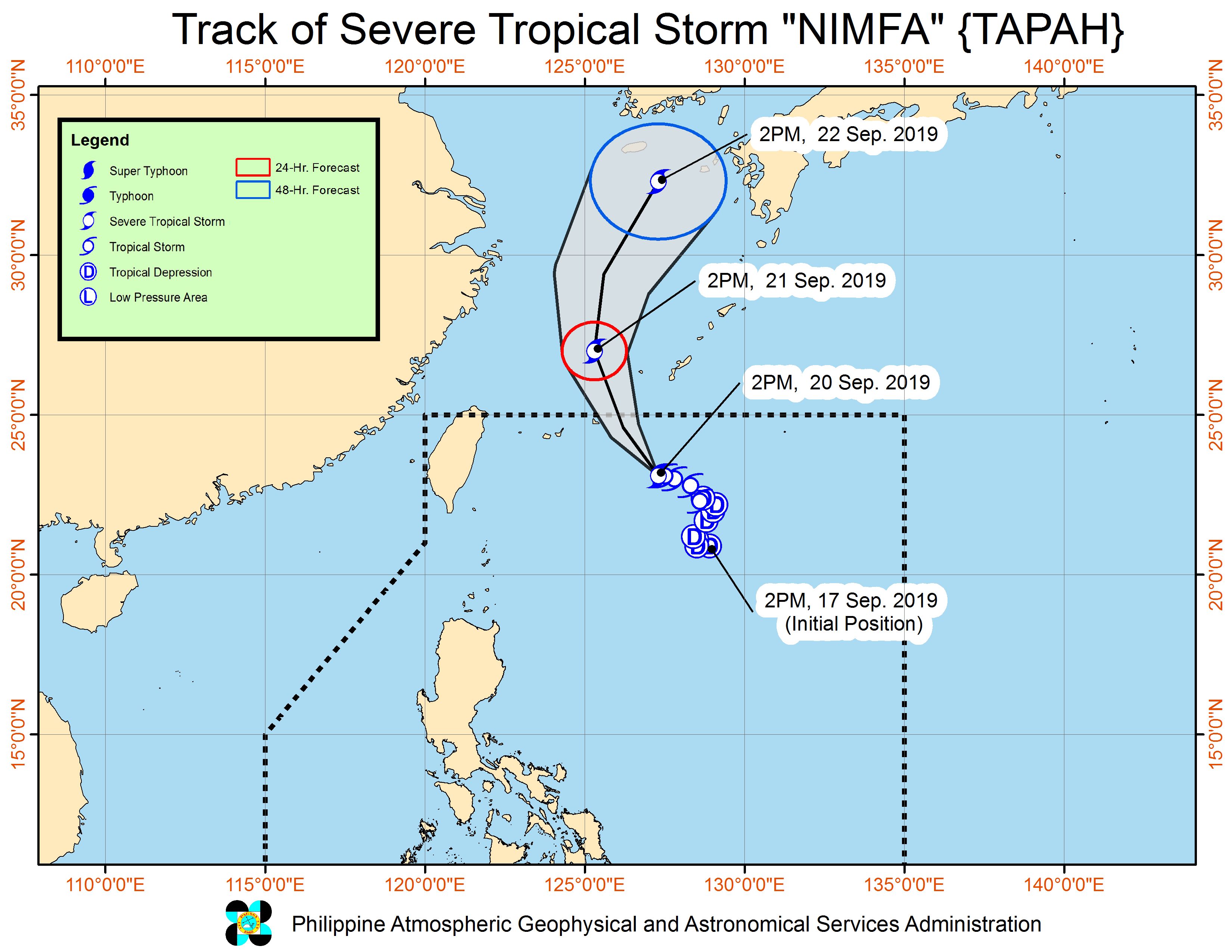