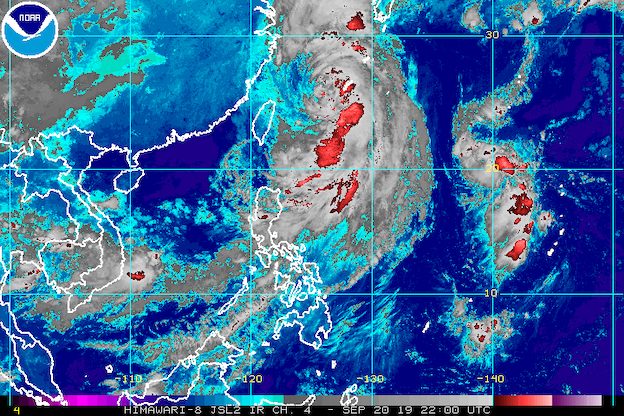 In a bulletin issued 5 am on Saturday, the Philippine Atmospheric, Geophysical, and Astronomical Services Administration (PAGASA) said Nimfa is already 705 kilometers northeast of Basco, Batanes, outside PAR.

The severe tropical storm accelerated as it left, now moving north northwest at 25 kilometers per hour (km/h) from the previous 10 km/h.

Nimfa did not make landfall in the country, and no areas were placed under tropical cyclone wind signals. But its trough or extension had brought rain to Northern Luzon. 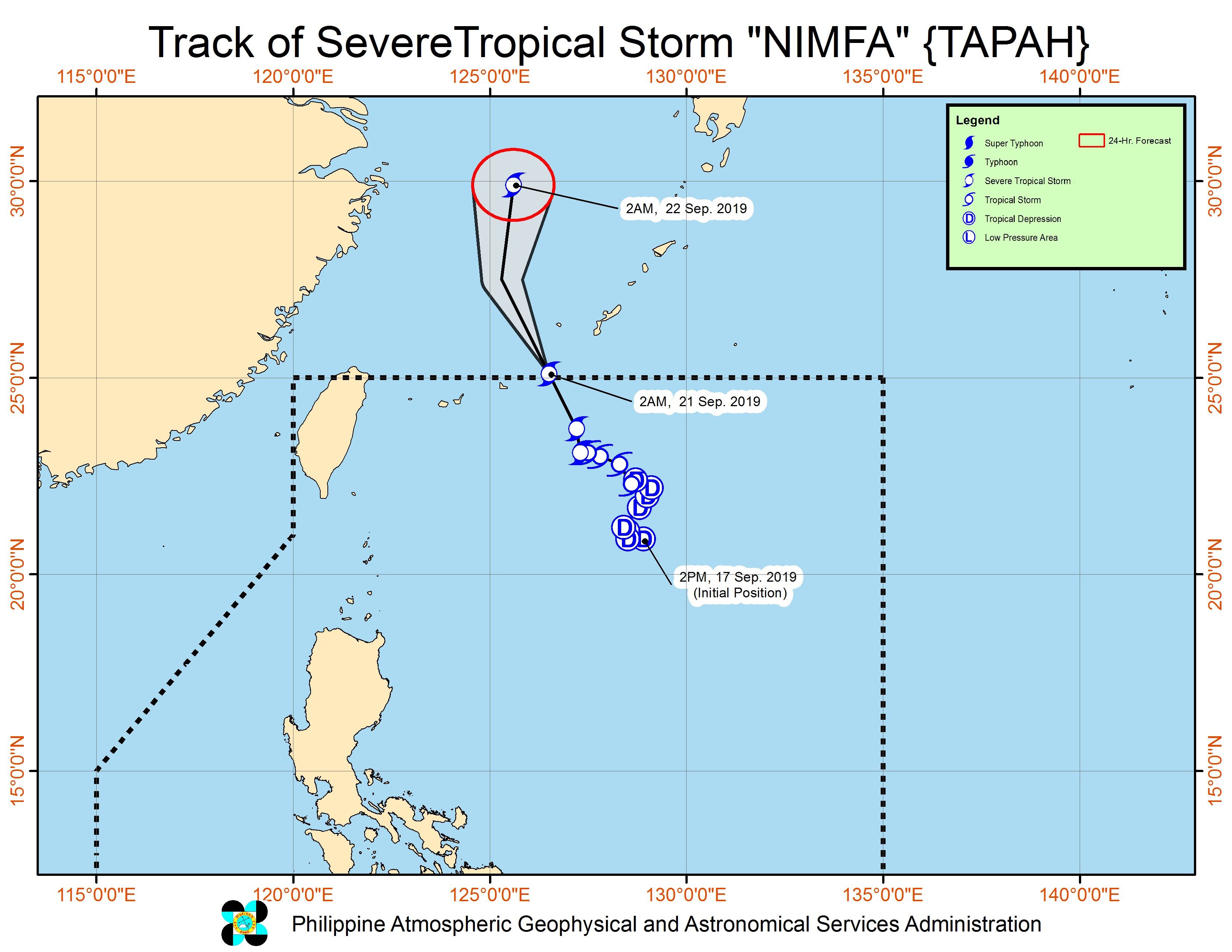 While Nimfa is already outside, there will still be scattered rainshowers and thunderstorms in Luzon on Saturday due to the southwest monsoon or hanging habagat.