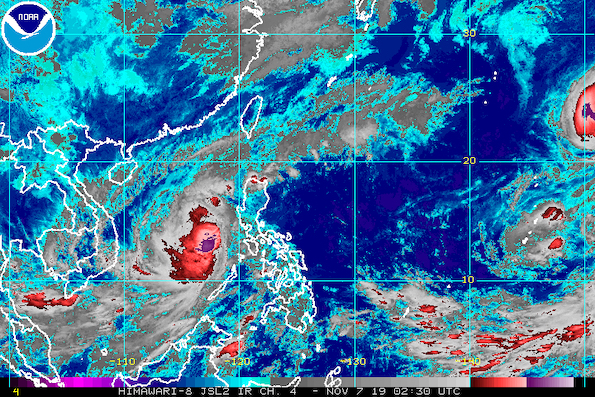 MANILA, Philippines – Quiel (Nakri) intensified from a tropical storm into a severe tropical storm on Thursday morning, November 7, as it continued to bring rain to parts of Luzon and the Visayas.

In a bulletin issued 11 am on Thursday, the Philippine Atmospheric, Geophysical, and Astronomical Services Administration (PAGASA) said Severe Tropical Storm Quiel now has maximum winds of 95 kilometers per hour (km/h) from 85 km/h before dawn, and gustiness of up to 115 km/h from 105 km/h.

It remains unlikely to make landfall in the country and there are no areas under tropical cyclone wind signals.

But Quiel is still causing rain in some areas. Below is what to expect on Thursday until Friday morning, November 8.

PAGASA warned that flash floods and landslides are still possible in the affected areas.

Travel also remains risky, especially for small vessels, in the northern and western seaboards of Luzon.

Based on Quiel’s latest forecast track, it might leave the Philippine Area of Responsibility (PAR) early Saturday, November 9. 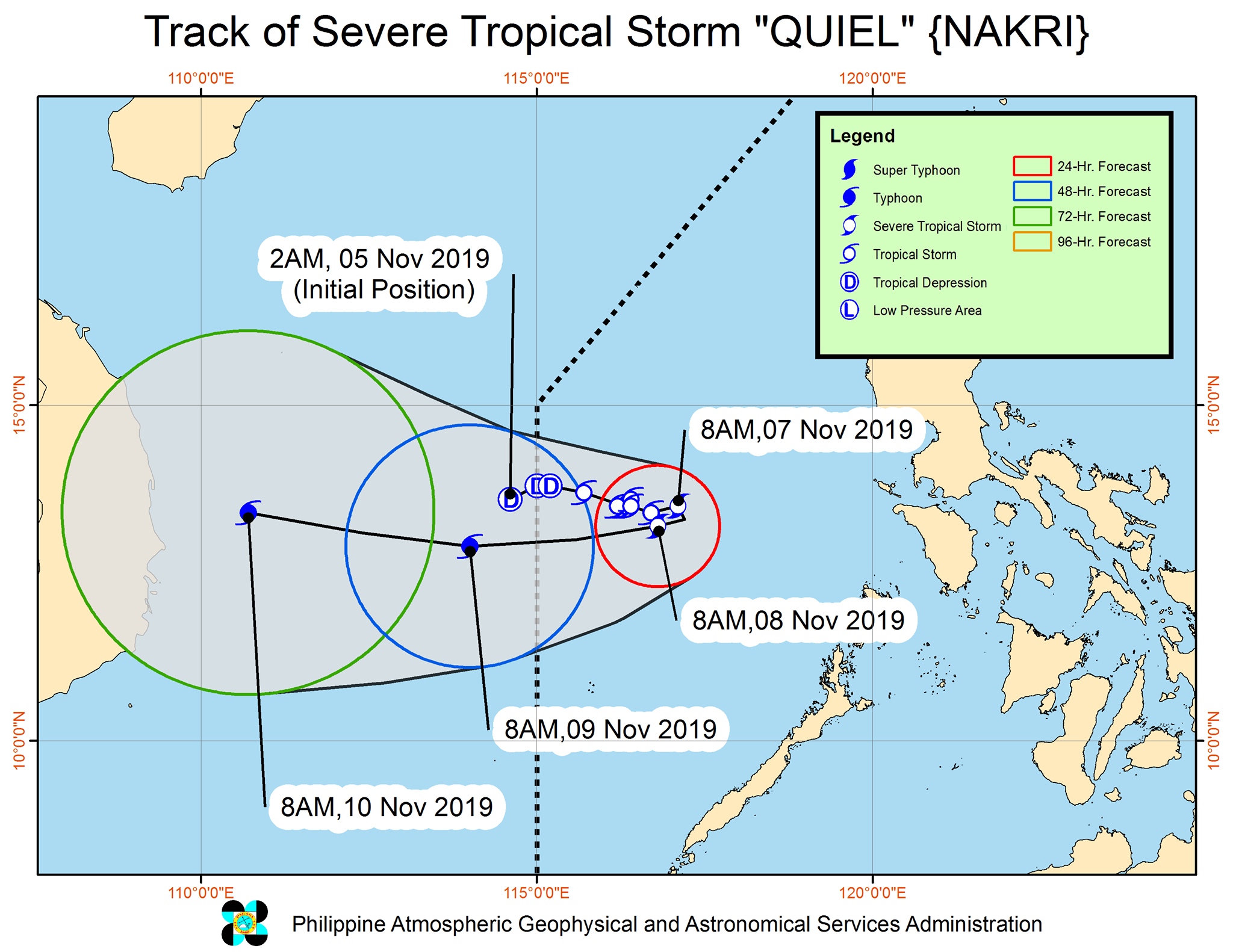 It is still not expected to enter PAR.