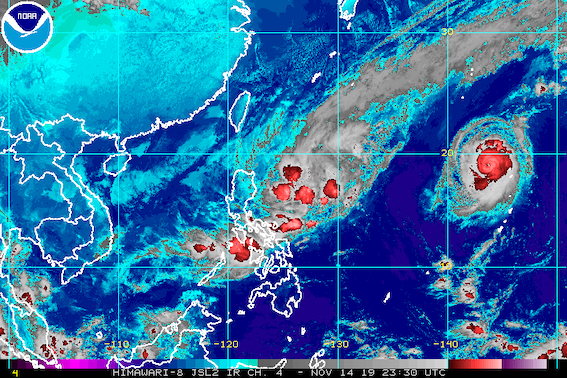 In a bulletin issued 5 am on Friday, the Philippine Atmospheric, Geophysical, and Astronomical Services Administration (PAGASA) said Ramon now has maximum winds of 75 kilometers per hour (km/h) from the previous 65 km/h and gustiness of up to 90 km/h from the previous 80 km/h.

The change in direction means Ramon appears most likely to hit the tip of Cagayan instead of provinces below it, such as Isabela or Aurora. But this may still change if Ramon shifts again.

Below are the areas remaining under Signal No. 1. Catanduanes has been removed from the list.

Here is the latest on the rainfall from Ramon:

Ramon might leave the Philippine Area of Responsibility on Wednesday, November 20. 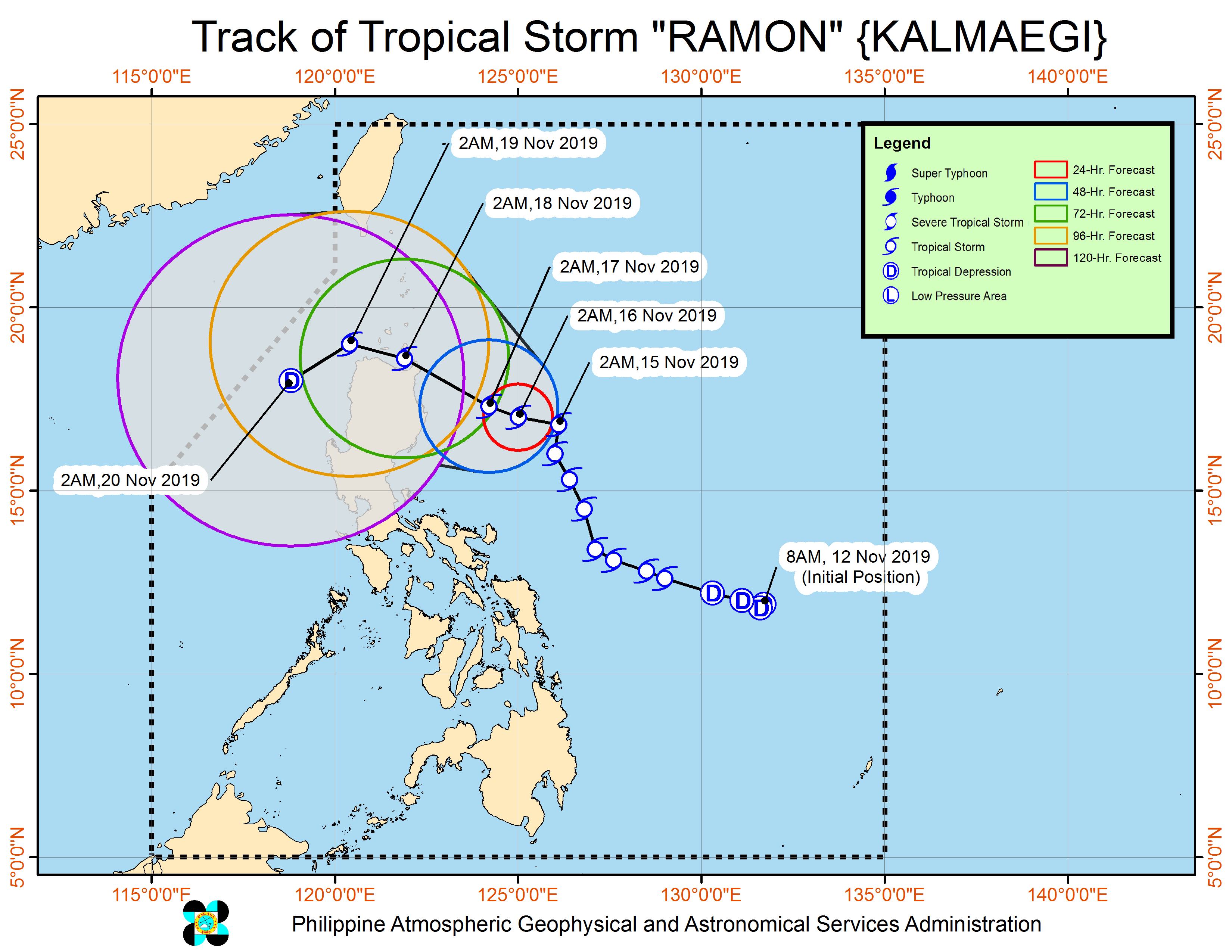