MANILA, Philippines – Typhoon Ramon (Kalmaegi) made landfall in Santa Ana, Cagayan, at 12:20 am on Wednesday, November 20.

In a bulletin issued 2 am on Wednesday, the Philippine Atmospheric, Geophysical, and Astronomical Services Administration (PAGASA) said Ramon is now in the vicinity of Santa Ana.

The typhoon is moving southwest, heading further inland, at only 10 kilometers per hour (km/h).

It still has maximum winds of 120 km/h and gustiness of up to 150 km/h. But PAGASA said Ramon is seen to “significantly weaken throughout the forecast period due to land interaction and the northeast monsoon.”

More municipalities in Cagayan have been placed under Signal No. 3. Below is the complete list of areas with tropical cyclone wind signals.

With Ramon’s landfall, residents of Northern Luzon should continue to brace for heavy rain.

According to PAGASA, flooding may be experienced in coastal areas under Signal Nos. 2 and 3 due to high waves. (READ: FAST FACTS: Tropical cyclones, rainfall advisories)

Classes have been suspended in some areas for Wednesday. (READ: #WalangPasok: Class suspensions, Wednesday, November 20, 2019)

Ramon could leave the Philippine Area of Responsibility on Thursday, November 21. By then, it would have likely weakened into a low pressure area. 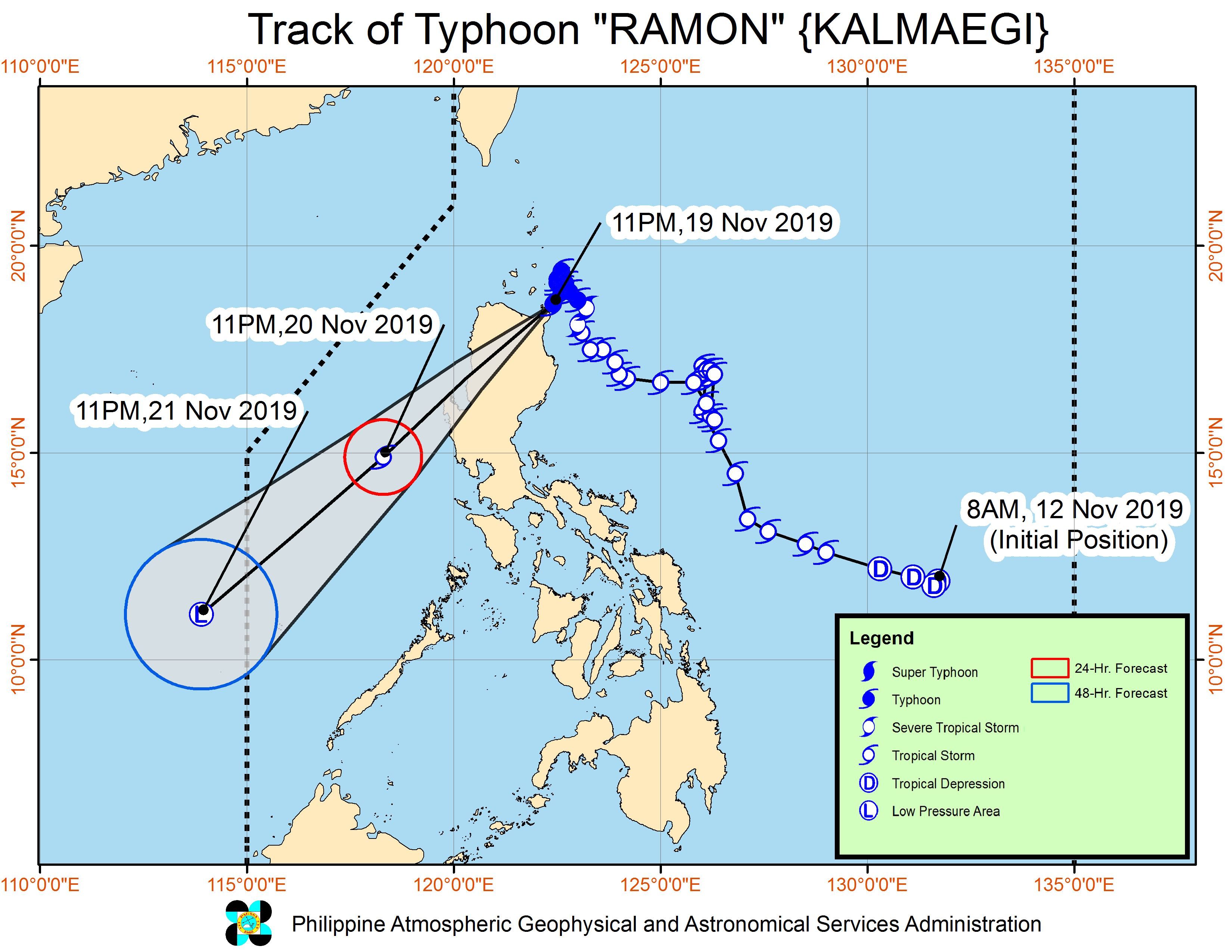 Aside from Ramon, PAGASA is also monitoring Tropical Depression Sarah. Details of the latest forecast on Sarah, issued 11 pm on Tuesday, November 19, can be found here.