MANILA, Philippines – Typhoon Tisoy (Kammuri) made its 4th landfall in Naujan, Oriental Mindoro, at 12:30 pm on Tuesday, December 3, then further weakened as it began to cross the northern portions of Oriental Mindoro and Occidental Mindoro.

In a briefing past 2 pm on Tuesday, the Philippine Atmospheric, Geophysical, and Astronomical Services Administration (PAGASA) said Tisoy is already in the vicinity of Baco, Oriental Mindoro.

It continues to move west at a relatively fast 25 kilometers per hour (km/h).

Tisoy has made landfall 4 times, so far:

Several areas are no longer under any tropical cyclone wind signal, but many are still covered. This is the latest list: 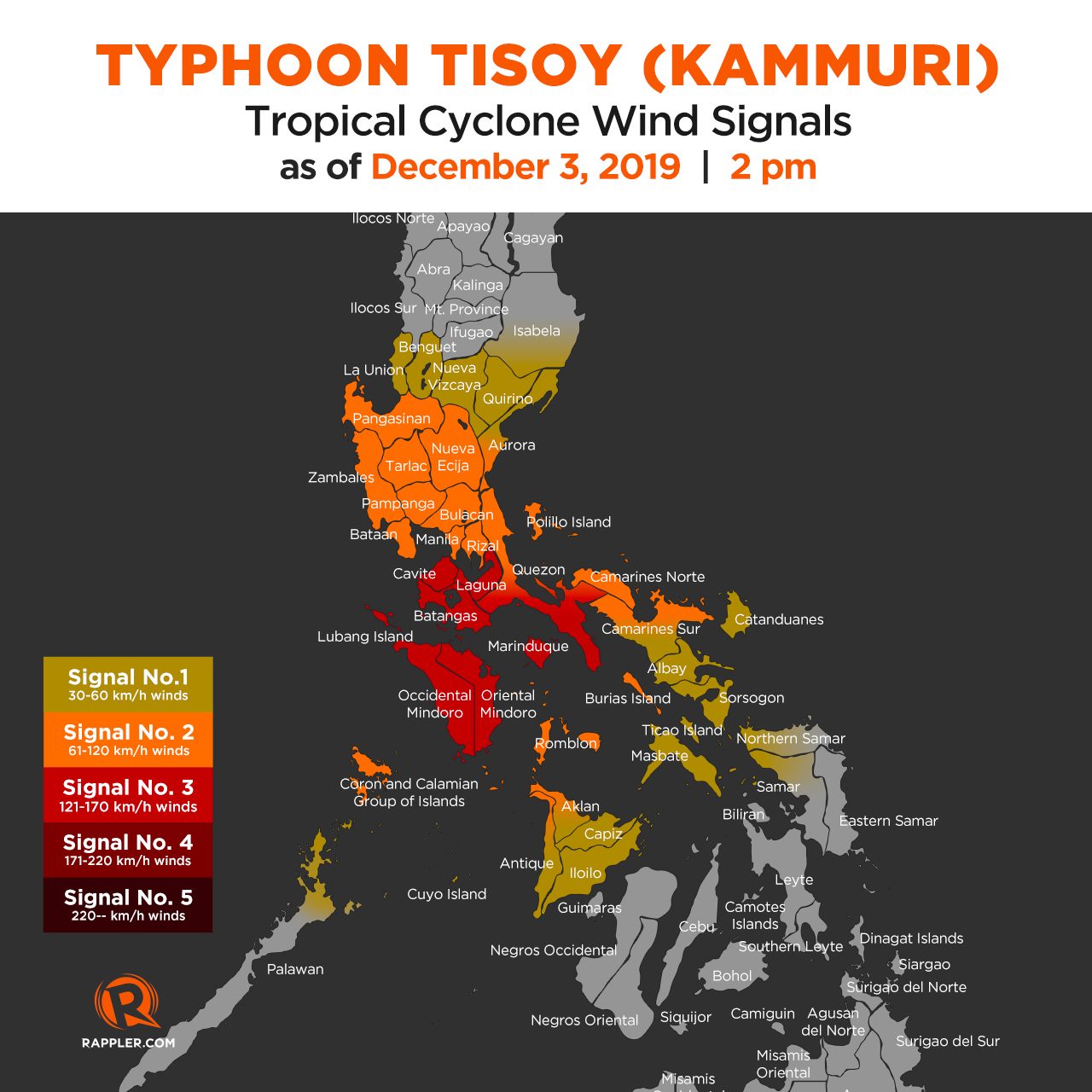 Tisoy will also continue to trigger rain in parts of Luzon and the Visayas.

Flooding and extensive damage have been reported in Bicol. (IN PHOTOS: Typhoon Tisoy leaves trail of destruction across Bicol)

Other areas in the typhoon’s path may also experience floods as well as landslides. (READ: Typhoon Kammuri track may be like Glenda in 2014, Reming in 2006)

Storm surges are also possible in certain coastal areas of these provinces, based on PAGASA’s 8 am storm surge advisory:

The Philippine Coast Guard said there were at least 6,449 stranded passengers in Central Visayas, Southern Tagalog, Western Visayas, Bicol, Eastern Visayas, and Southern Visayas as of 4 am on Tuesday.