Next 3 years ‘critical test’ for Judicial and Bar Council

Nov 19, 2016 11:30 AM PHT
Jodesz Gavilan
Facebook Twitter Copy URL
Copied
Marlon Manuel of the Hustisya Natin project says the processing of 10 appointments to the SC in the next few years will test the independence of the JBC members 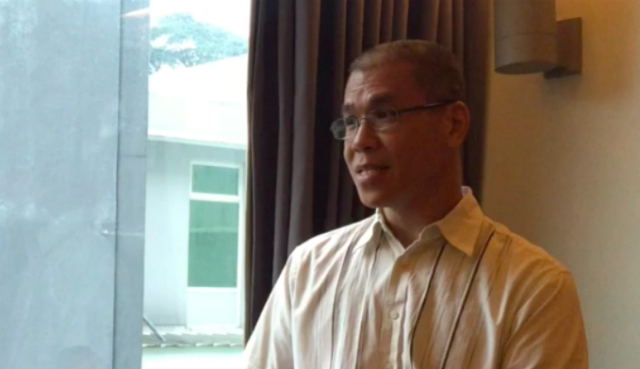 MANILA, Philippines – It is going to be a critical period for the Judicial and Bar Council (JBC) as President Rodrigo Duterte is set to appoint at least 10 Supreme Court justices in the first half of his administration, lawyer Marlon Manuel of the Alternative Law Groups (ALG) said on Tuesday, November 15.

Manuel heads the Hustisya Natin project which calls for integrity enhancement of the justice system in the Philippines through increased accountability and transparency. One of its functions is monitoring the appointments process of the JBC.

Established by virtue of the 1987 Constitution, the JBC is “vested with great responsibility” to ensure that the applicants screened for positions such as the Supreme Court justices, Ombudsman, Deputy Ombudsman, Special Prosecutor, and trial court judges possess the necessary qualifications as identified in various laws.

The JBC conducted public interviews for SC aspirants on Wednesday, November 16, and Thursday, November 17. From the pool of applicants, it will draw up a short list to be submitted to the Office of the President. (EXPLAINER: How the Judicial and Bar Council works)

The two appointees, who will replace retiring SC Associate Justices Jose Perez and Arturo Brion in December, are the first of at least 10 under the Duterte administration.

Prior to the 1987 Constitution, the selection and eventual appointment of members of the judiciary relied almost solely on presidents. The United States president from 1902 until 1935 had the prerogative to appoint the SC chief justice. This responsibility and power was given to the Philippine president in the 1935 Constitution and was retained in the 1973 Constitution.

According to Manuel, the creation of the JBC in 1987 was a reaction to a “very politicized system of appointments” in the judiciary. It, in effect, limits the discretion of the president, given that aspirants have to pass through a rigorous process before ending up in the short list.

“The intention is to limit the discretion because once the president appoints, that appointment is no longer subject to other processes such as the Commission on Appointments,” he explained. “The very critical state will be the selection of the nominees because once you give [the list] to the president, you can no longer blame him for choosing one of the 3 because they are supposed to be very qualified for the position.”

As Duterte is set to appoint the most number of justices in the SC within a 6-year term post-Martial Law, it will make a majority 15-member SC chosen by “a single appointing authority.”

The JBC, according to Manuel, should then ensure that the nominees meet the qualifications based on the Constitution: competence, independence, integrity, and probity.

“Integrity and independence are very critical elements of the 4 because many can be competent but the integrity element is questionable or the independence from the appointing authority, or from other government officials, for example,” Manuel explained. “That’s a key factor that we hope the Judicial and Bar Council will be able to squeeze out from the nominees.”

Significant improvement in the JBC

Although there are still problems in the JBC, specifically the lack of term limit of regular members, who include a representative of the Integrated Bar of the Philippines (IBP), a retired SC justice, a member of the academe, and a representative of the private sector, Manuel noticed some very significant improvement through the years.

“So far we are happy with how the JBC has been conducting the process, especially with the recent nominations, especially the opening up of the process to the media, to the public,” he said. “I think the JBC is on the right track in improving its system, in improving the efficiency of its appointment process, not only on the justices but also the trial court judges.”

Opening up the interviews to the public and broadcasting them live on television and online is a “very significant development because it will broaden access to information and participation of ordinary citizens and organized groups.”

The public should then maximize the JBC’s tranparency and help keep the integrity of the process by being involved. Individuals who have any important information – whether derogatory or not – about the candidates should report these to the council.

Manuel emphasized, “We cannot remain silent and then wait for an appointment who is not qualified and to bear the burden of having that justice in the SC for the next decade or two decades.” – Rappler.com