Feb 16, 2018 6:33 PM PHT
Jodesz Gavilan
Facebook Twitter Copy URL
Copied
'We saw that instead of moving the ball forward to a goal, the Philippine government somehow froze the ball and now the ball is now being brought towards the opposite direction,' Integrated Bar of the Philippines national president Abdiel Dan Fajardo says 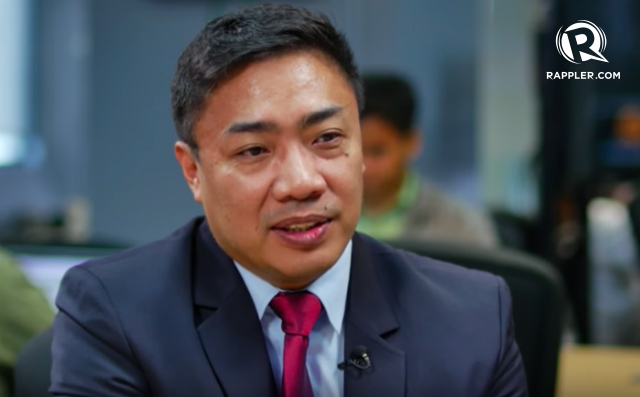 MANILA, Philippines – The Integrated Bar of the Philippines (IBP) is exploring the possibility of filing a petition before the Supreme Court (SC) to protect marine territories of the country.

In a Rappler Talk on Thursday, February 15, IBP national president Abdiel Dan Fajardo said that there is a chance that they will file a petition for the issuance of a writ of kalikasan against “contractors, poachers, or the private construction companies” who built the structures in the artificial islands. (WATCH: Rappler Talk: IBP national president Abdiel Fajardo on the rule of law)

“They destroyed the environment in essence because of the several coral reefs there were possibly destroyed due to the laying out of platforms for the artificial islands,” he told Rappler editor-at-large Marites Vitug.

“We are in the process of formulating our strategy with the non-governmental organizations involved with maritime protection,” he added.

The Writ of Kalikasan is a legal remedy that upholds a citizen’s right to a healthy environment.

The Philippine government, under the Aquino administration, had said that 300 acres of coral reefs have been destroyed due to the reclamation being done by China in the West Philippine Sea.

The “irreversible” environmental damage was one of the key findings of the 2016 landmark ruling by the Permanent Court of Arbitration which nullified China’s claim. The international court said that the large-scale land reclamation has “caused severe harm to the coral reef environment and violated its obligation to preserve and protect fragile ecosystems.”

The possible petition is just one of the ways the IBP’s House of Delegates thought of to compel the government to take action and to uphold the landmark ruling.

“We saw that instead of moving the ball forward to a goal, the Philippine government somehow froze the ball and now the ball is now being brought towards the opposite direction,” Fajardo said.

While the respondents may be companies based in China, Fajardo is hopeful that the SC will exercise jurisdiction as they did acts “that encroach upon Philippine territories.”

“The 1987 Philippine Constitution provides protection of the marine environment and it is the duty of the state,” Fajardo said.

“If the SC, for instance, responds favorably, we can say that the government has taken an official position that would indicate that it is not waving the favorable decision of the tribunal,” he added.

The Philippines and China stayed silent on the Chinese artificial islands in the West Philippine Sea (South China Sea) after the two sides held a second meeting about the disputed waters on Tuesday, February 13.

Both the Philippines and China remain silent on the issue of island-building. In a joint press release on Tuesday, February 13, the two countries said they have “discussed ways to manage and prevent incidents at sea, promote dialogue and cooperation on maritime issues, and enhance mutual trust and confidence.”

Presidential Spokesperson Harry Roque earlier said that the Philippines “will have to thank” China for the artificial islands. – Rappler.com