FAST FACTS: What is measles and how can it be prevented? 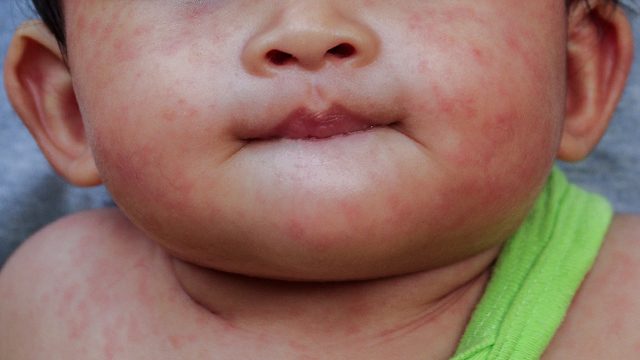 MANILA, Philippines (UPDATED) – The Department of Health on Wednesday, February 6, declared a measles outbreak in Metro Manila after hundreds of cases had been recorded.

According to Health Undersecretary Eric Domingo, 861 suspected measles cases were recorded in the National Capital Region as of Saturday, February 2.

What is measles and what are its symptoms?

Locally known as tigdas, measles is a virus that infects the respiratory tract and then spreads throughout the body.

According to the World Health Organization (WHO), measles is normally passed through direct contact with someone infected with the virus and through the air. It is a highly contagious disease and has the following symptoms:

How is it transmitted?

Measles is usually spread by coughing and sneezing as well as direct contact with an infected patient’s nasal or throat secretions.

According to WHO, measles can remain active and contagious on infected surfaces and in the air for about two hours.

In terms of human contact, it can be transmitted by an infected person from 4 days – before a rash occurs – to 4 days after the rash erupts.

Though measles may cause more complications in a patient infected with the virus, it may be prevented through vaccination. 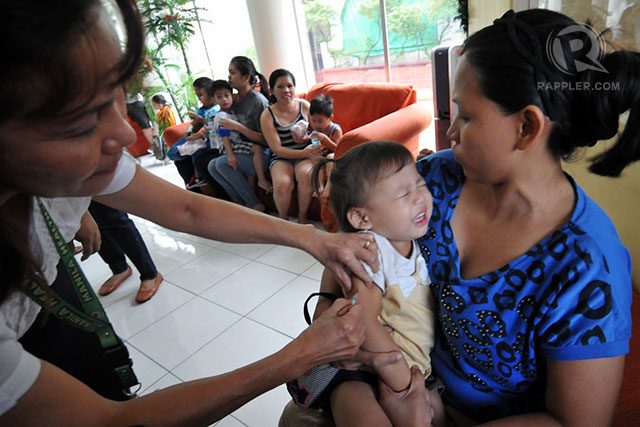 With recent controversy from the Dengvaxia dengue-vaccine surrounding vaccination programs, parents now fear getting vaccines for their children.

According to reports, parents have been refusing to take advantage of government health programs – including free vaccinations that might prevent diseases such as measles.

Duque also pointed out that vaccines have saved the lives of millions of people.

(Vaccines were already able to save many lives, anywhere between 3 million to 5 million individuals. Lives have been saved because of our very effective program on immunization. That’s what we are doing.)

In 2014, the DOH launched its mass immunization campaign targeting the disease to respond to the increased number of cases recorded at the time.

The 2014 vaccination program was a follow-up to the DOH’s 2011 Measles Rubella Supplemental Immunization Activity, which aimed to interrupt measles transmission.

Under the program, mandatory basic immunization is given free at any government hospital or health center for children up to 5 years old. – Rappler.com