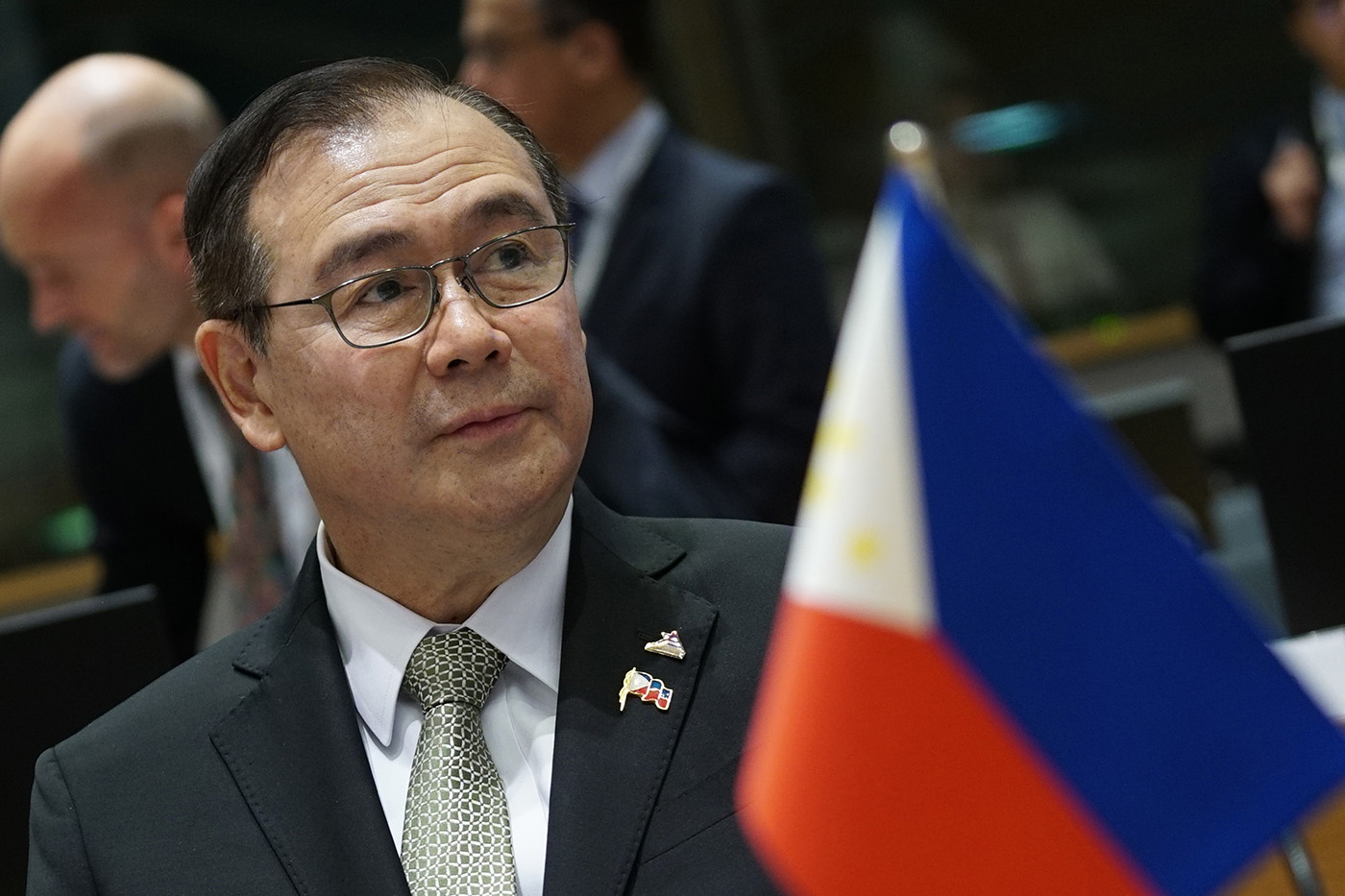 MANILA, Philippines – A lawyer and TV host who was once newspaper publisher, congressman, and speechwriter to 3 Philippine presidents, Foreign Secretary Teodoro “Teddyboy” Locsin Jr brings a complex persona to the Department of Foreign Affairs (DFA).

President Rodrigo Duterte’s announcement on October 12 that he offered Locsin the post of foreign secretary was thus a pleasant surprise to many, including in the DFA. Locsin took his oath on October 17.

In his opening salvo before DFA personnel, Locsin showed the way he understands an independent foreign policy, a principle that is enshrined in the Constitution and is now a battlecry of Duterte’s government.

Locsin was previously the Philippines’ permanent representative to the United Nations, a post he had occupied since April 2017.

He replaced politician-turned-diplomat Alan Peter Cayetano, who resigned to run for congressman in the 2019 midterm elections.

Locsin is the son of the late journalist Teodoro Locsin Sr, who was detained in the 1970s for criticizing the regime of the late dictator Ferdinand Marcos.

After Marcos was ousted in 1986, Locsin served as speechwriter and legal counsel to President Corazon Aquino, who restored democracy after the Marcos regime.

He was also speechwriter to presidents Joseph Estrada and Gloria Macapagal Arroyo, who belonged to opposing political camps.

Later, Locsin served as Makati 1st district representative from 2001 to 2010.

He is most recently remembered for hosting the popular ANC segment Teditorial.

He also airs his views through his Twitter account, @teddyboylocsin, which became controversial after he tweeted in August 2016, “You may find this hard to believe, but the Nazis were not all wrong, give or take killing millions of the wrong people. Keep an open mind.”

Locsin later told CNN Philippines’ The Source that he “never made an anti-Semitic” remark against the Jews “as a race.” He explained, “What I said was, not everything the Nazis did was wrong. That was partly a private joke.”

He then vowed to be more careful with his tweets. 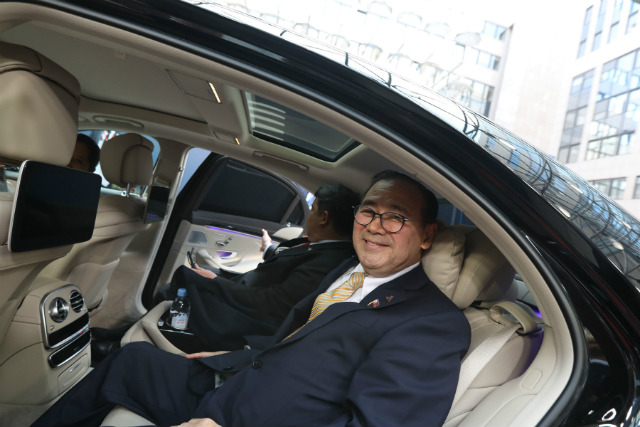 Still, “Twitter rockstar” was how San Juan Representative Ronaldo Zamora described Locsin in December 2016. Zamora was then endorsing the confirmation of Locsin as the Philippines’ permanent representative to the UN.

“To millennials, like some of us, he is Twitter’s rockstar, the irrepressible uncle of Makati, whose lacerating wit pricks both the ego of the ruler and the conscience of the ruled,” Zamora said.

In his new assignment, Locsin brings to the table his other experiences in the following roles, based on his profiles on both the DFA and the UN websites:

He is married to Maria Lourdes Barcelon Locsin, and has 4 children.

Locsin is turning 70 on November 15 – the last day of the weeklong ASEAN Summit hosted by Singapore, which he is expected to attend.

That he will spend his 70th birthday this way reinforces how there was, in fact, no warm-up for Locsin as DFA chief.

Shortly after taking his oath on October 17, he went straight to Brussels for the Asia-Europe Meeting from October 18 to 19. He afterwards returned to New York and flew to Manila. Then, from October 28 to 29, he welcomed and met with China’s top diplomat, Wang Yi, in Davao City.

How will he perform as DFA chief? A recent comment by Locsin’s predecessor, Alan Peter Cayetano, was telling.

During his birthday party in Davao City on October 28, Cayetano praised Locsin in front of Duterte, other government officials, and that evening’s special guest, Chinese Foreign Minister Wang Yi.

“I’m very proud of the new secretary you chose, Mr President, because he is one of my mentors. So this is a unique situation where the mentor replaces the student,” the 48-year-old Cayetano said.

“And if you think you lost a good soldier, actually, Mr President, you gained a good general.” – Rappler.com