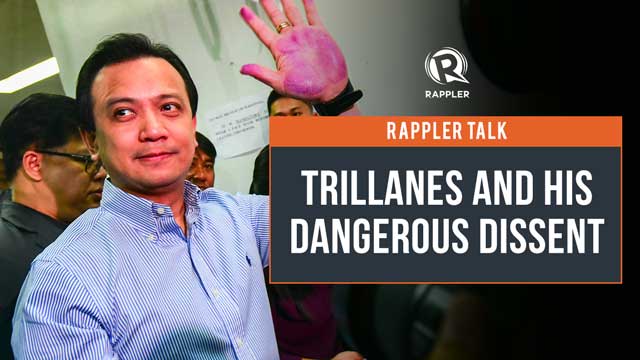 MANILA, Philippines – In the eyes of President Rodrigo Duterte, former senator and key opposition figure Antonio Trillanes IV is the most seditious man in the country.

Trillanes has had to face 14 cases under the Duterte administration, 3 of which are sedition charges over his public statements about the president.

His recent charge is for conspiracy to commit sedition, where he is accused of plotting to topple the Duterte presidency with a man he now publicly disdains – Peter Joemel Advincula alias Bikoy.

We talk to Trillanes about his cases, Bikoy, his fallout with Jude Sabio, and his continuous dissent against Duterte that threatens to send him back to jail indefinitely.