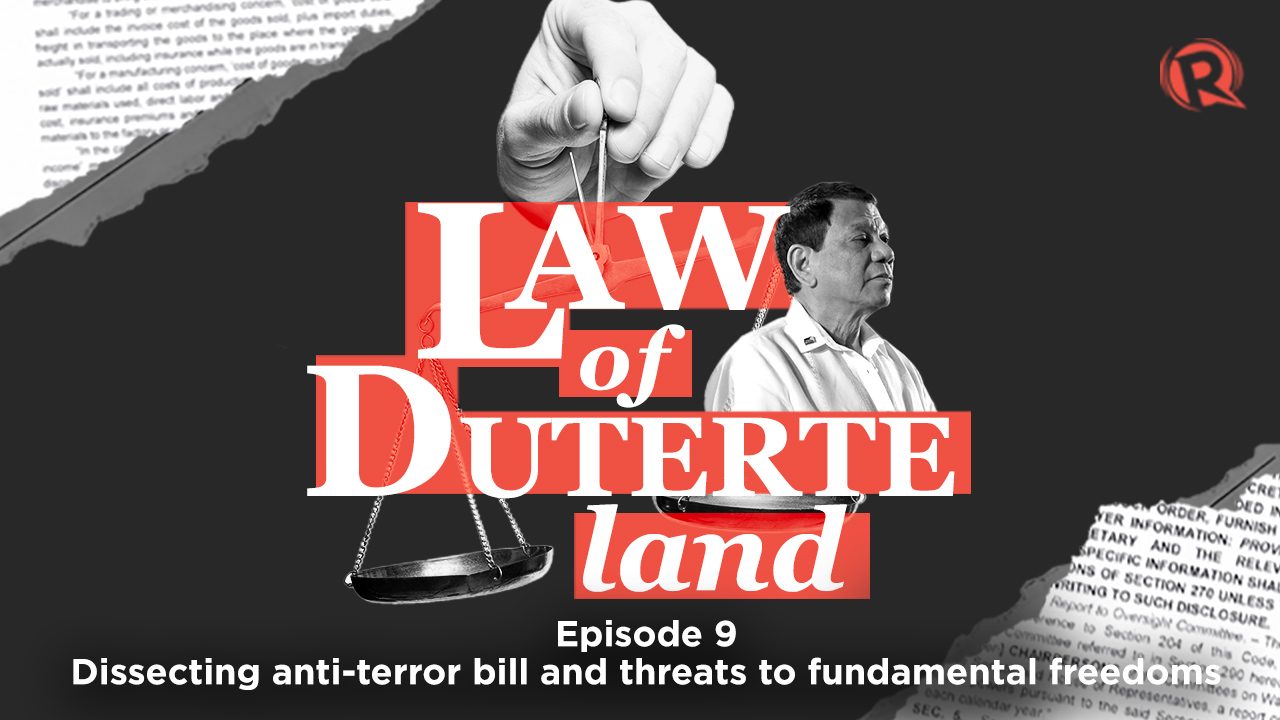 Facebook Twitter Copy URL
Copied
The definitions are broader, detention is longer, and it has a 'killer' provision that equates dissent to terrorism
Law of Duterte Land · Episode 9: Dissecting anti-terror bill and threats to fundamental freedoms

MANILA, Philippines – Law enforcers were so scared of the punishment under the 2007 Human Security Act that they rarely used it.

Under Section 41 of the Human Security Act, if the suspect is acquitted, the government must pay the person P500,000 for every day that their assets were seized.

Security officials complained that the law was too restrictive – so they wanted a new one.

And they got what they wanted – the 2020 anti-terror bill that threatens fundamental freedoms.

The definitions are broader, detention is longer, and it has a “killer” provision that equated dissent to terrorism. Government would defend that dissent was actually exempted, but there was a catch.

Listen to this podcast to learn more.

She explains that the burden of proof is now shifted to the suspect, and law enforcement would have a free rein to determine the terroristic intent of dissent. (READ: DOJ’s precarious role in the contested anti-terror bill)