The meaning behind floral arrangements at Pope’s concluding mass

Facebook Twitter Copy URL
Copied
Known for his beautiful installations, floral architect Rachy Cuna creates a simple yet meaningful arrangement to be featured at the Pope's concluding mass on January 18

Known for his one-of-a-kind art installations, Rachy shared with Rappler his preparations for the floral arrangements for the mass at Quirino Grandstand on Sunday, January 18. “I am happy, I am so honored to be doing this,” he said. 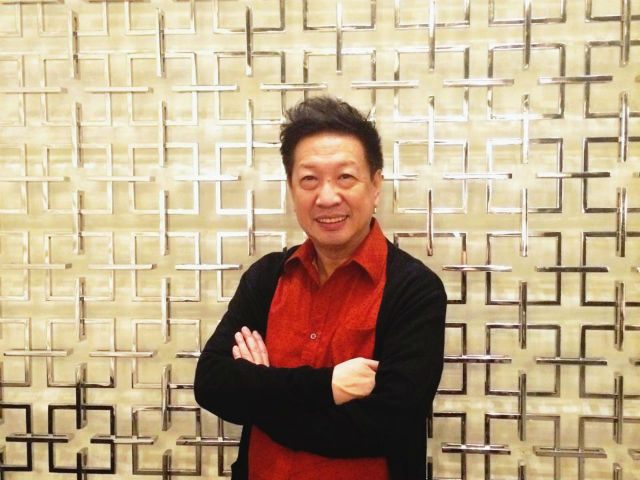 He spoke of the project details, saying that the arrangements should be simple, without too much fanfare. And during a meeting, one of the priests wanted the San Francisco plant as the representation. And he reiterates his on-the-spot visions, saying, “The idea came to me right away, so I said, ‘Okay, okay, can we use native materials for it?’”

The artist teams up with Fr. Alex Bautista, an architect-priest from the Diocese of Tarlac and Louie Puyat of King Louie Farms, who will be sourcing the San Francisco Plant.

When asked as to why this plant was chosen, he talks of the humility of the plant and its significant presence in Filipino homes. “They [the Filipino people] should be excited because the plant found in their homes, that they grow in their backyard will be representing.”

In addition, he will forego traditional flower arrangements in exchange for an art installation he will put up on the altar on the morning of the Sunday mass. “It’s entitled Aruga, which means “care” in Filipino, because the Pope cares for the people.” 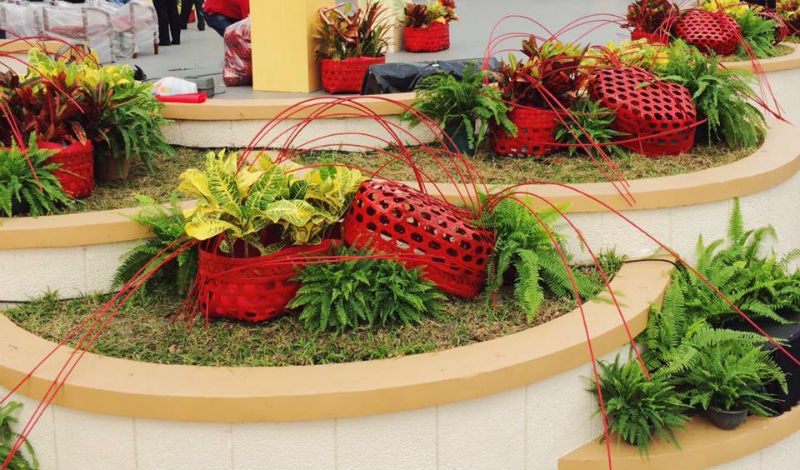 The art installation is comprised of red, oversized rattan baskets, bamboo cribs, and the San Francisco flora, and displayed in front of the main Papal altar at the Quirino Grandstand, for Pope Francis’s Luneta Mass on January 18.

He hopes his art speaks to Pope Francis, not just of his God-given talent, but as a medium of representation of the Filipino people. “I want to make him feel the details of the Philippines, and not from anywhere else [through this art installation].” He credits his visionary talent to an early exposure with art, saying that his grandfather’s love for art got him to love it as well. “When people were collecting toys, I was already collecting antiques at 10 years old.”

His works have already been exhibited at the Ayala Museum, where he’s worked as a curator and volunteer in the earlier part of his life. It’s been his home for 15 years. “I have exhibitions here and there, and even an opportunity of exhibiting at the Metropolitan Museum of Manila, and even at the National Museum.”

His previous exhibits include Bloom at the Intercontinental Hotel, Drama Cuna, among others. He has also received a People of the Year Award in 2011 for his combination of unconventional art and his use for Filipino native materials.

“I dream first.  I mean after been given the opportunity, I dream about it.  And then after my dream, I sit down and draw rough sketches,” he says, when asked about the flow of his creative process. “In the rough sketches, I put everything – the colors, the materials and the next thing that happens is the real thing already.”

Rachy knows the extent of his expertise, and additionally took up Ikebana to further sharpen his skills. His audience, up until now, still marvels at the way he does art, and they can tell it’s his work even if they don’t ask.

“Even with my audience, they say, ‘Kasing-gawan yan ni Rachy’ without them even knowing I created it,’” he laughs, referring to people immediately spotting his art from a mile away.  “There is that signature look which I myself am not conscious of.”

(“Even with my audience, they say, ‘That’s Rachy’s work’ without them even knowing I created it. There is that signature look which I myself am not conscious of.”) – Rappler.com