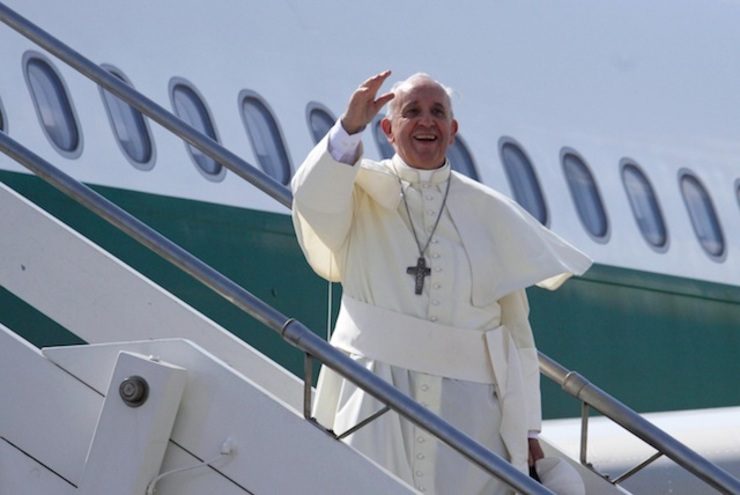 MANILA, Philippines – Popes, just like other heads of state, are known to travel a lot. They visit other countries to either nurture diplomatic relations or attend to Church-related activities.

When it comes to the Pope, certain protocols and practices are observed, particularly when they are onboard airplanes.

The Vatican City doesn’t have a papal plane. It has to rely on a chartered jet provided by Alitalia, the flag carrier and national airline of Italy. It serves as the Pope’s official transportation from Rome to other parts of Italy. 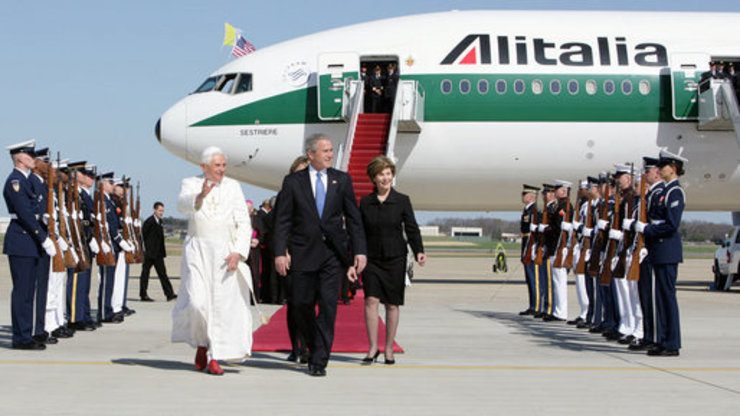 The chartered jet provided the pope is a normal plane, usually set aside from the airline’s normal operations.

The Alitalia plane that carries the Pope is commonly referred to by news reports as “Shepherd One.”

When the Pope leaves a country, the protocol is that he should ride a plane from that country’s flagship airline. In the case of Pope Francis’ visit to the Philippines, he’ll arrive in Manila onboard a SriLankan Airlines plane, and will leave riding a Philippine Airlines plane.

If a country the Pope visits doesn’t have an airline that would meet the Vatican standards in terms of security, size, and other concerns, he will still ride the Alitalia plane.

A practice being observed by popes when travelling by air is to send telegram greetings to heads of state or government of the countries they fly over.

This has given popes the opportunity to communicate with world leaders, even to some of those with whom the Vatican City has little or no diplomatic relations.

In 1989, when Pope John Paul II was on his way to South Korea, his plane wasn’t allowed to fly above China due to tensions between the two countries. The Pope’s team had to fly above Russia instead, providing the Pope with a rare chance to send radio greetings to Soviet President Mikhail Gorbachev.

In 2014, when Pope Francis visited South Korea, his plane was already able to pass above China since he had already established communication with President Xi Jinping prior to the flight. In his telegram, he said:

UPON ENTERING CHINESE AIR SPACE, I EXTEND BEST WISHES TO YOUR EXCELLENCY AND YOUR FELLOW CITIZENS, AND I INVOKE THE DIVINE BLESSINGS OF PEACE AND WELL-BEING UPON THE NATION.

Read here other messages sent from plane by Pope Francis to other world leaders.

Aside from not following parts of the usual attire observed by previous popes, Pope Francis is also known for changing some practices during flight travels.

He made headlines when he was first photographed in 2013 to be holding his own hand luggage – a small black attache-style bag – as he climbed the plane at Rome’s Piumicino airport going to Brazil for the World Youth Day festival. Observers noted that “no pope in recent memory has carried his own bag.” 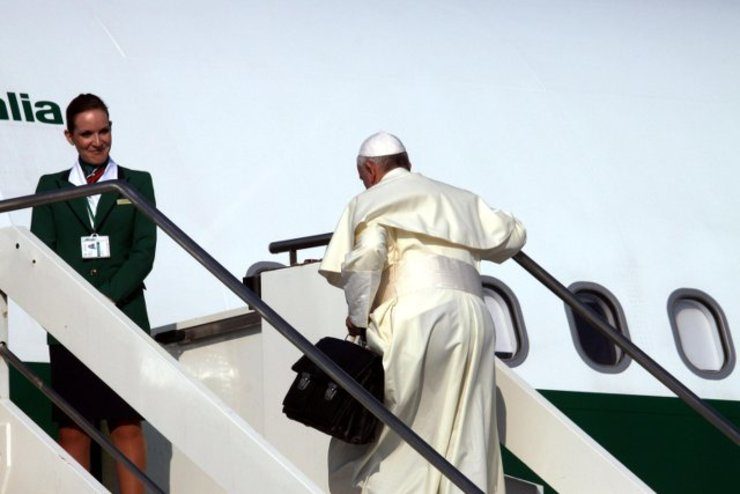 In an interview, Pope Francis said he sees nothing wrong with carrying the bag, which simply contained “a razor, his agenda, a prayer book and a book on St. Thérèse of Lisieux, a saint known for her practical approach to spirituality.”

“What you are saying is a bit strange to me, that that photo has gone around the world. But we must get used to being normal, the normality of life,” Pope Francis said.

He again made news when he opted to leave Brazil via an Alitalia plane – the same plane that brought him to that country – and not a plane from Brazil Airlines.

The Pope also made changes in the tradition of holding an in-flight question-and-answer session with the press onboard the plane. Pope Francis reportedly favors “spending part of the flight getting to know the journalists traveling with him and have informal discussion with them.” – Rappler.com