(UPDATED) Does he still have credibility? Just two weeks after violating quarantine restrictions to celebrate his birthday, Major General Debold Sinas reminded Muslims in Metro Manila that mass gatherings are banned ahead of the Eid’l Fitr.

“Wala pa rin pagtitipon kasi ‘yun ‘yung policy ng IATF (There will be no gatherings because that is the policy of the IATF),” Sinas said in a press briefing on Friday, May 22.

Eid’l Fitr is when Muslims worldwide break their fast after the end of Ramadan. They usually celebrate by gathering together for feasts with their family and community. This year in the Philippines, it will be celebrated on Sunday, May 24, with the celebration usually lasting for 3 days.

Sinas said that they will patrol mosques to ensure no gatherings will take place. Under quarantine rules, religious gatherings are allowed, but only within homes and as long as physical distancing rules are observed.

Sinas earlier celebrated his birthday with dozens of cops in the National Capital Region Police Office (NCRPO) where he was surprised with an early morning serenade and feast.

Sinas and his subordinates have since been sued by the Philippine National Police for violating the Taguig City ordinance mandating the wearing of face masks and the following of physical distancing rules, and Republic Act No. 1132, or the Mandatory Reporting of Notifiable Diseases and Health Events of Public Health Concern Act. 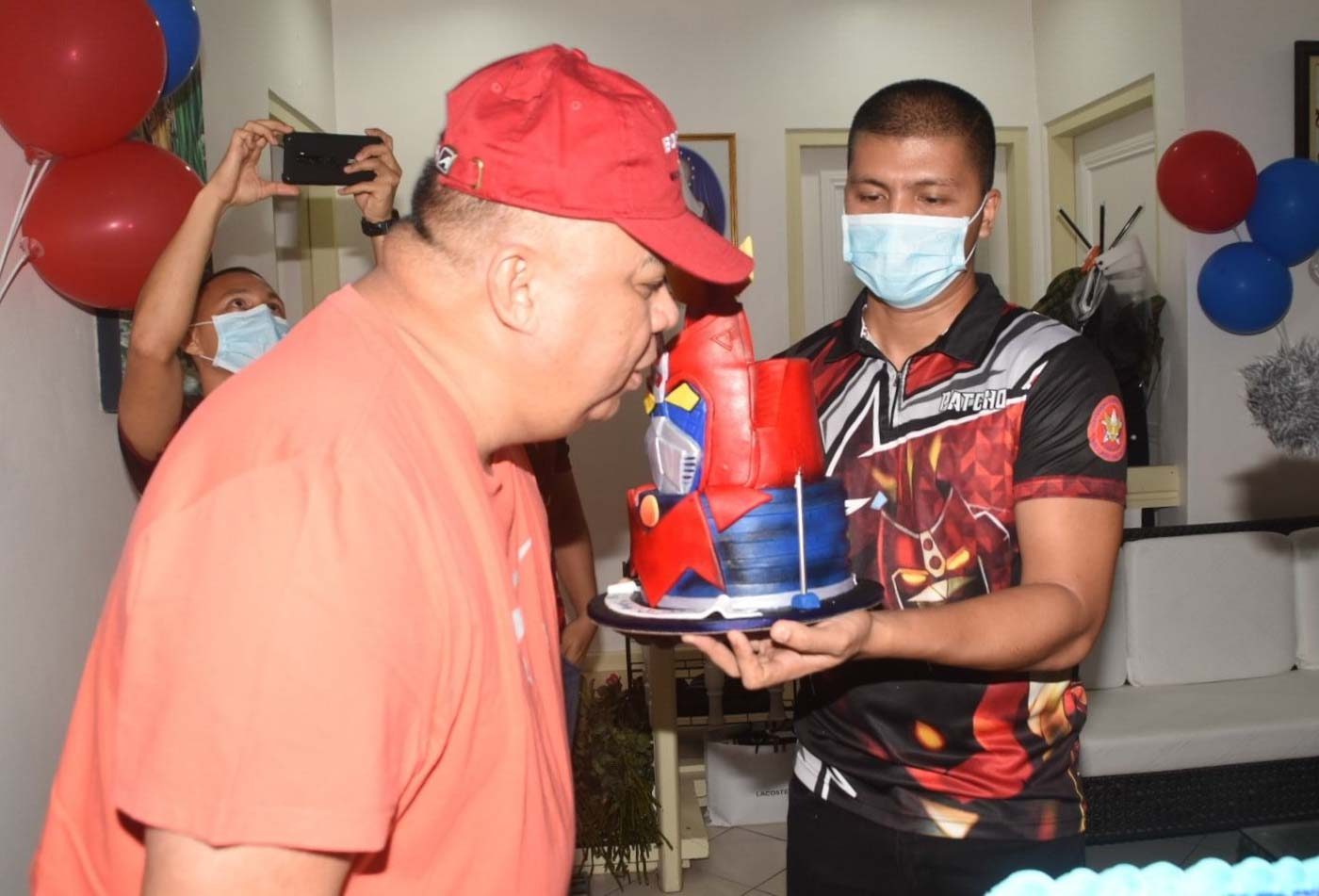 Photos of Sinas’ birthday celebration were first posted by the NCRPO’s own official Facebook page. After media outlets reported the incident the Facebook page took the post down.

He apologized for the party, but later insisted that there was “nothing wrong” with what happened.

Still, Sinas enjoys the support of the man in Malacañang. President Rodrigo Duterte said in an address that, despite his infraction, Sinas will stay and continue holding the fort at the NCRPO. – Rappler.com