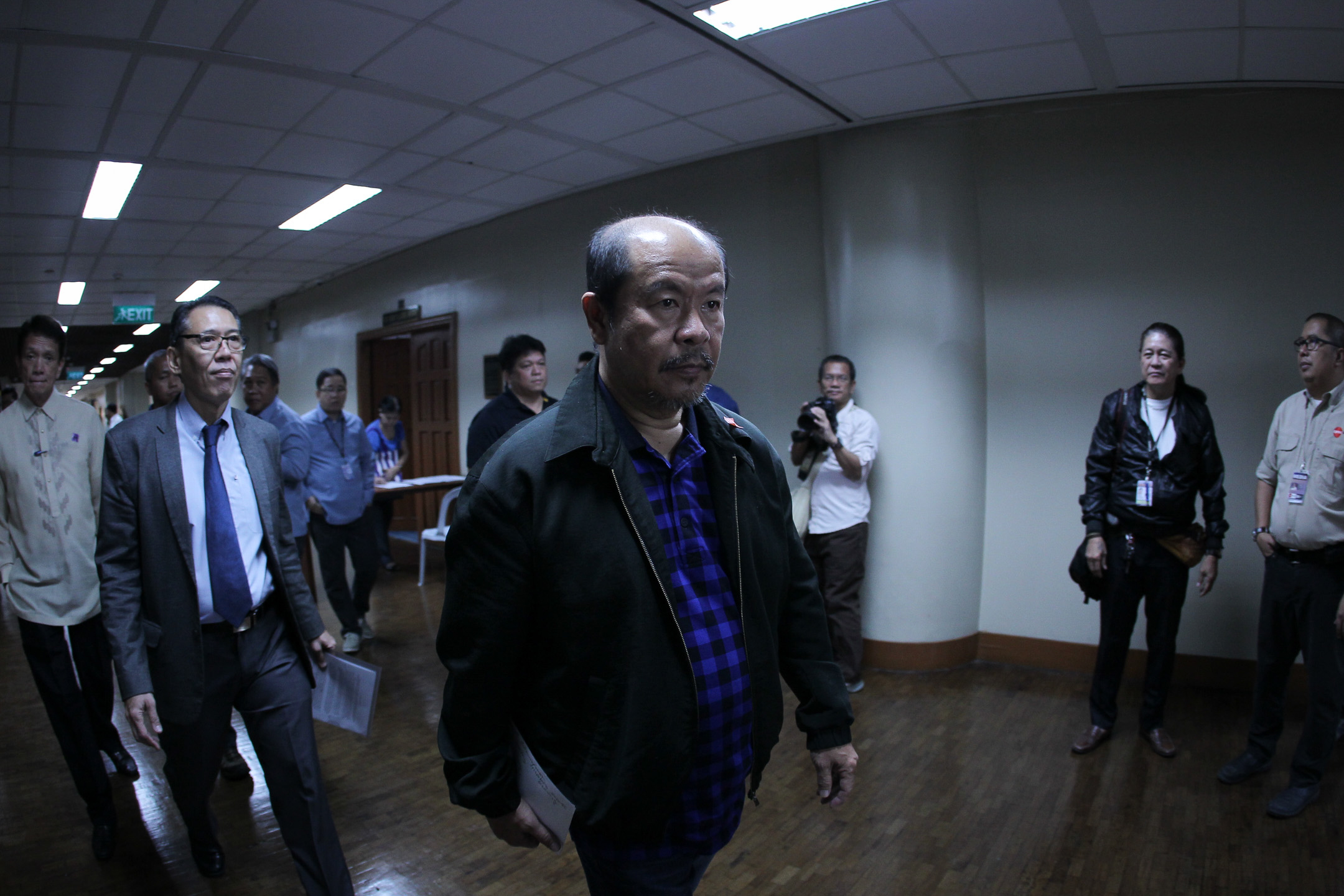 MANILA, Philippines – Retired Davao policeman SPO3 Arturo Lascañas appeared in a press conference on Monday, February 20, to confirm the existence of the controversial Davao Death Squad and the involvement of President Rodrigo Duterte in the vigilante-style killings back when he was city mayor.

He appeared with veteran lawyers who have been defending human rights in and out of court in the last 4 decades.

In the 4 decades since it was established, FLAG has been pushing its advocacy of protecting and promoting human rights and civil liberties.

In recent months, the group has expressed alarm over calls to revive the death penalty and "shoot-to-kill" orders against criminals who resist arrest. It has also slammed the government's war against drugs, saying it has "spawned a nuclear explosion of violence that is spiraling out of control and creating a nation without judges, without law and without reason."

All 3 are ex-activists who worked to defend human rights victims under the Marcos regime. 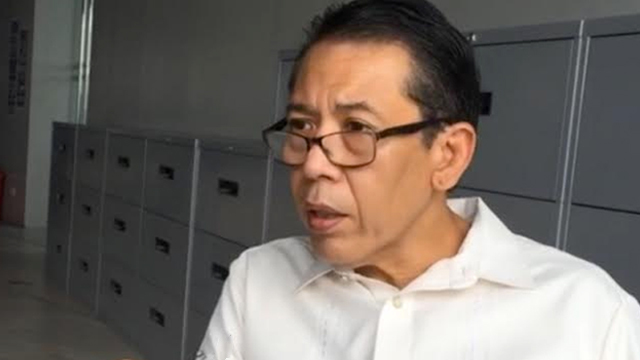 Jose Manuel "Chel" Diokno is the son of FLAG founder and human rights advocate Senator Jose W. Diokno, and is currently the chairman of the organization.

He had previously served as a member of the Presidential Human Rights Committee under former Presidents Corazon Aquino and Fidel Ramos.

Among the notable cases he handled was the alleged executions of 11 suspected members of the Kuratong Baleleng bank robbery gang in 1995. Diokno was part of a team of lawyers that prosecuted 27 police officers, including former Philippine National Police chief and now senator Panfilo Lacson, accused of their involvement in the alleged rubout.

Diokno was also one of the private prosecutors during the impeachment trial of former president Joseph Estrada from 2000 to 2001, and was counsel for Jun Lozada, whistleblower in the controversial ZTE-NBN broadband deal under the administration of former president Gloria Macapaga-Arroyo. (READ: Full interview with lawyer Jose Manuel Diokno: On pre-trial and nature of proceedings) 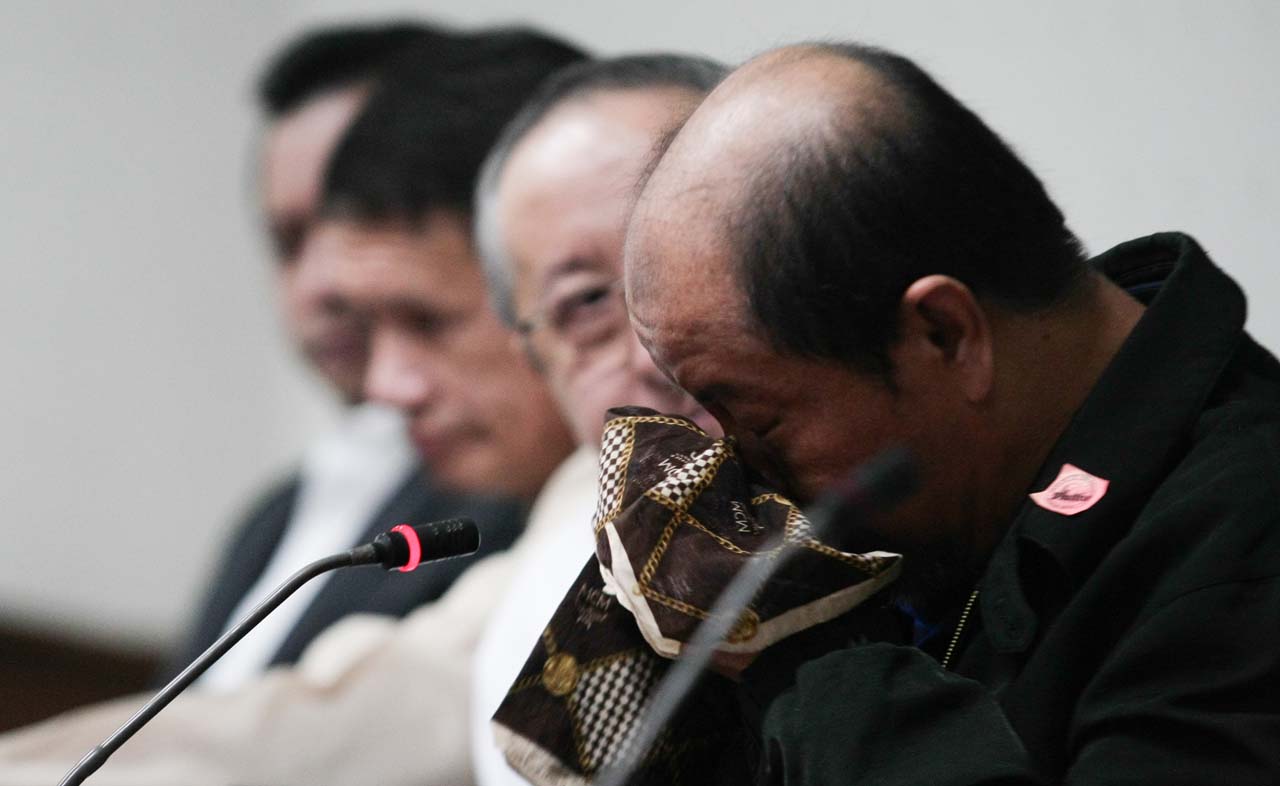 PUBLIC CONFESSION. Retired SPO3 Arturo Lascau00f1as breaks into tears during a press conference with his lawyers Alexander Padilla (2nd from left) and Arno Sanidad (3rd from left) on February 17, 2017.

As a human rights lawyer, Diokno successfully petitioned the Supreme Court (SC) to issue its first writ of amparo for Raymond and Reynaldo Manalo, who were allegedly tortured by the military under the Arroyo government on the suspicion that they were communist rebels. He has also won the release of the "Tagaytay 5" farmers, who were allegedly illegally detained on suspicion of being New People’s Army guerrillas.

Diokno is also the Dean of the De La Salle University College of Law and executive director of the Diokno Law Center. He was one of the nominees to the Supreme Court in 2012. (READ: Leonen, Lotilla, Diokno lead 7 SC nominees)

Sanidad is the deputy secretary of FLAG, and is a professorial lecturer at the University of the Philippines College of Law.

Sanidad was one of the lawyers for the communist movement in the first peace talks with the government shortly after the 1986 EDSA People Power Revolution. He has defended detained rebels from Left to Right, including former Communist Party of the Philippines chairman Rodolfo Salas, slain New People's Army chief Romulo Kintanar, slain communist leader Filemon "Popoy" Lagman, as well as military rebels in the Reform the Armed Forces Movement and the Young Officers Union.

Sanidad was one of the lawyers who successfully prosecuted former president Estrada in his plunder trial.

Despite the case being dismissed in 1999 after key witnesses withdrew their statements, Sanidad and fellow FLAG lawyers Chel Diokno and now SC spokesperson Theodore Te urged then President Gloria Macapagal-Arroyo to reopen the case.

In April 2001, Sanidad headed the FLAG lawyers who presented two witnesses in an effort to reopen the case.

Lacson was among those indicted for the murder, but he was cleared by the SC in 2013. 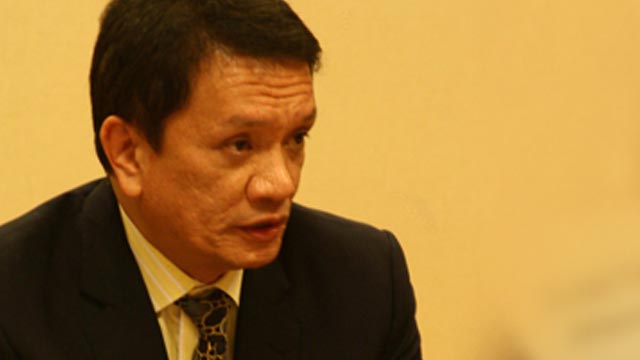 He was also a human rights practitioner and advocate during the Martial Law years.

In October 2010, former President Benigno Aquino III appointed him head of the government panel to hold talks with leaders of the National Democratic Front, the political arm of the Communist Party of the Philippines-New People’s Army.

After 3 years, Padilla bowed out of the peace panel, saying he was "frustrated and disappointed" after talks with communist rebels reached a deadlock.

In 2013, Aquino appointed Padilla as CEO and president of the Philippine Health Insurance Corporation. – Rappler.com