What’s happening in Paris in December? 10 things to know MANILA, Philippines – Exactly 100 days from now, in December, something big will happen in Paris, France.

The event goes by many names, one of them “COP21” – short for the United Nations Framework Convention on Climate Change (UNFCCC) 21st Conference of Parties.

So what’s the big deal? Here are some easy-to-digest facts about the climate conference of the century. COP21 is where official representatives from 195 countries and one bloc (the European Union) will meet to discuss humanity’s gameplan to combat climate change. The plan comes in the form of a written agreement: the Paris Agreement on Climate Change.

The 2-week event will be held from November 30 to December 11. To be hosted by France, it will take place in Paris’ Le Bourget area.

2. The Paris agreement aims to stop the Earth from warming by more than 2°C. If we go over that limit, scientists say climate change will be irreversible and catastrophic. Right now, the world has already warmed by around 0.85°C.

To achieve this goal, countries need to stop emitting as much carbon dioxide as before. This greenhouse gas traps the sun’s heat in the earth’s atmosphere, causing the planet to warm.

In fact, experts say the only way to stay well below 2°C is to cut carbon emissions by at least 70% by the year 2050.

3. In Paris, countries need to pledge just how much carbon dioxide they will stop emitting. Countries need to give an exact amount. That amount is called the Intended Nationally-Determined Contribution (INDC), so called because countries themselves decide what they will do.

The first part of a country’s INDC is its mitigation target. Mitigation is the effort to reduce carbon emissions.

Countries can mitigate by changing their transportation, energy, agriculture, forestry, and housing sectors so they emit less carbon dioxide.

Countries are supposed to submit their INDCs to the UN by October 1 so that, come Paris, all the INDCs are on the table. The INDCs will determine how effective the Paris agreement will be.

4. Countries also need to ensure the world is prepared for the effects of climate change. 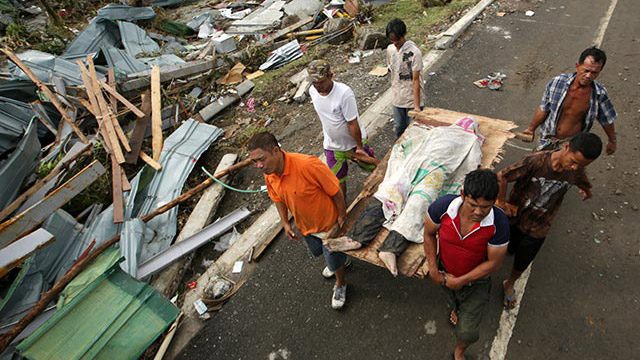 No matter how much the world reduces its carbon emissions, climate change will continue, say scientists.

This means, the world needs to be ready. The second part of a country’s INDC is adaptation: helping citizens prepare for climate change’s impacts.

Through their INDCs, countries promise to create programs to make all these sectors more resilient to a disrupted climate.

5. Delegates representing their countries will “negotiate” the Paris Agreement. Each country that is a party to the UN Framework Convention on Climate Change is represented by a delegation which “negotiates” their government’s position.

A delegation can number 100 people or just 20. The delegates are often climate experts and policy-makers from the country’s government.

6. There’s already a draft of the Paris Agreement.

It’s a document called the Geneva negotiating text. The Geneva text is currently around 90 pages long.

Delegates will spend entire days, and sometimes entire nights, debating on what should be in the Geneva text.

They argue over which words to use, even over punctuation marks. Small details like this can affect the strength and effectiveness of the Geneva text, which will become the Paris Agreement.

The delegates divide themselves into smaller groups focused on specific issues. All delegates come together in one room during plenary sessions when important announcements and manifestations are made.

7. The prospects of a Paris Agreement are promising. Some signs of reaching an agreement: US and China, the world’s biggest carbon emitters, are on board. There is a growing trend among many countries to shift away from coal, a big carbon-emitting technology. Renewable energy is getting cheaper and more dependable. Influential Pope Francis released a landmark encyclical pushing for climate action.

8. What’s uncertain is the quality of the Paris Agreement. 9. Paris is not the first climate conference, and it won’t be the last. COP21 is the 21st conference of its kind. Last year, there was COP20 in Lima, Peru. The year before that, COP19 in Warsaw, Poland. The first COP took place in Berlin, Germany in 1995.

Each COP aimed to arrive at ways to curb, and prepare for, climate change.

COP21 is historic because it will create a “legally-binding agreement,” the first since the failed Kyoto Protocol created at COP3 in Japan.

A COP22 won’t mean the Paris conference failed. It could create changes or improvements to the Paris agreement. It can seek to update countries on the campaign against climate change. In many ways, COP21 will decide the fate of humanity. Many things depend on the quality of the Paris Agreement and how it will be enforced in the next decades.

If the Paris Agreement is weak and not enforced properly, scientists say we may see a world in 2050 or 2100 in which the number of Amazon forest fires have been doubled, large swathes of ice sheets have been melted, entire communities have been displaced due to rising sea levels, thousands have been killed yearly by freak storms, and hundreds of species have become extinct.

A run-away climate may also mean essential crops like rice and corn will become harder to plant, and water will become scarce. Some experts even predict conflicts over resources. Imagine your child growing up in a world where war is constantly waged over water.

Some of these effects are already being felt by certain countries. Many of these countries are among the poorest in the world. COP21 will also decide how the world will help these vulnerable countries prosper despite climate change.

In short, COP21 is about safeguarding present and future for humanity. – Rappler.com