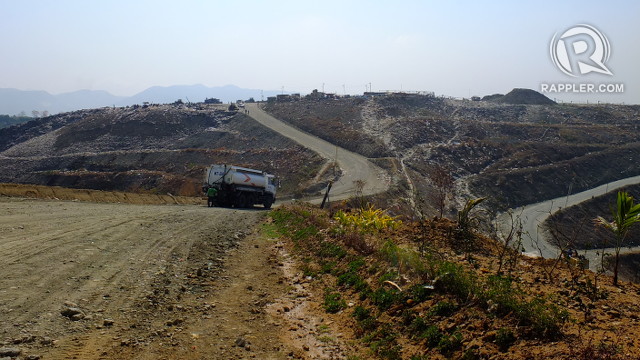 MANILA, Philippines – The Supreme Court has issued a writ of kalikasan against the planned expansion of the Payatas Sanitary Landfill by the Quezon City government, a reversal of a previous decision dismissing the case.

A resolution, issued by the High Court last September 1, says it has reinstated the petition of various Payatas homeowners association calling for a stop to the landfill’s expansion.

“The Court resolved to grant the motion for reconsideration; reinstate the petition; issue a writ of kalikasan against the respondents,” the High Court said.

A writ of kalikasan is a legal remedy designed to protect a Filipino citizen’s right to environmental protection. It may be used by any individual or group as protection from environmental damage that threatens the life, health, and property of inhabitants in two or more cities or provinces.

The High Court has referred the case to the Court of Appeals.

The respondents are given 10 days to respond to the writ upon receiving the resolution.

The petitioners – 8 homeowners associations and two residents from Quezon City and Rizal province – protest the planned expansion because of threats it poses to nearby residents and surrounding communities.

They pointed out that that the amount of garbage being dumped daily in the landfill is in excess of the 800-ton limit set by the Environmental Compliance Certificate granted by the Department of Environment and Natural Resources (DENR) in 2006.

The presence of the dump also aggravates risk of lead poisoning among residents since the garbage going to the area may contain heavy metals.

This is on top of other health hazards, “including respiratory diseases, gastroenteritis, and cancer,” reads the petition.

The excessive dumping may also be causing leachate and waste water to reach nearby rivers or ground water, affecting farmlands that use them for irrigation. (READ: QC wastes P250M yearly with flawed garbage program)

The planned expansion is set to occupy more than half of the Lupang Pangako community, taking up 7.1 hectares out of the total 12-hectare area.

This latest decision reverses a dismissal of the petition by the Supreme Court last March 24.

The High Court then cited lack of evidence presented by the petitioners.

The contract to use the Payatas landfill, repository of all garbage generated by Quezon City, expired in December 2013. But Quezon City officials managed to extend its use.