WHO: We cannot speak for or against dengue vaccine for now 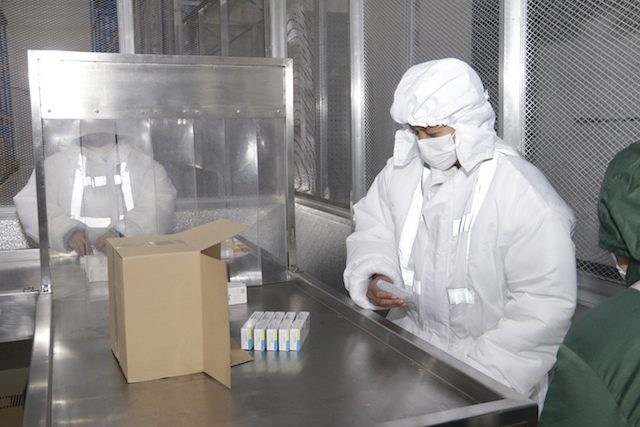 MANILA, Philippines – In the absence of recommendations from its Strategic Advisory Group of Experts (SAGE), the World Health Organization (WHO) remains neutral for now towards the dengue vaccine that the Philippine government will administer to millions of Filipino schoolchildren in April.

“We have a neutral position, we cannot speak for or against it,” Dr Gundo Weiler, the new WHO country representative, said in a press conference on Thursday, March 31, at the Department of Health (DOH) central office.

The United Nations (UN) health agency expects the SAGE to discuss Dengvaxia – the world’s first-ever dengue vaccine – at its April 2016 meeting. The group will then provide recommendations to WHO Director-General Margaret Chan on the vaccine’s use and public health utility.

Weiler said they expect the recommendations from SAGE to be published in May. But the DOH will begin its school-based immunization this April.

This means even without recommendations from the WHO, the health department will start giving the vaccine to more than one million 9-year-old students in the National Capital Region, Central Luzon, and Calabarzon.

“It does not mean that we are saying countries should not go ahead,” Weiler said, clarifying recent reports that highlighted the UN agency has not yet completed its review of the vaccine.

Weiler added: “It is the prerogative of countries to license the product and to determine the use of the product based on an internal scientific appraisal of the clinical research that is underpinning the product.”

He also stressed that countries are autonomous and will use products as they deem. “We’re not in a position to give a go- or not go-signal,” he said when asked if the WHO is giving the vaccine a go-signal even without the recommendations.

The Philippines is one of the countries where clinical tests of Dengvaxia were conducted. It also became the first Asian country to approve the sale of the dengue vaccine in December 2015. The first batch of doses arrived in the Philippines in February.

According to the WHO, as many as 400 million people are infected with dengue worldwide every year, two-thirds of which are in Asia.

Dr Maria Rosario Capeding of the Research Institute for Tropical Medicine assured the public that the dengue vaccine is safe.

“Philippines has been in the forefront in terms of the development of this dengue vaccine…. I’m confident so far with the results that we have from the efficacy trials,” said Capeding, who was part of the 3 phases of the clinical trials as the country’s principal investigator.

Health Secretary Janette Garin also noted that aside from the Philippines, 3 other countries have already approved the vaccine: Mexico, Brazil, and El Salvador.

“If this is not safe, do you think [these] countries will gamble the health of their children?”

Garin also dismissed criticisms that the health department is rushing the implementation of the program.

“Recommendations will exist to guide countries. It does not follow that we have to adopt all of them,” she explained.

“We’re not rushing the implementation of this dengue vaccination. It’s a program that will run from March up to 20 months or longer….We’re implementing because we’re already prepared,” Garin added in a mix of English and Filipino.

She said her department will welcome healthy competition should there be another dengue vaccine in the next 4 to 5 years. But for now, they won’t let more children die due to dengue when a safe dengue vaccine is already available in the country.

Health Spokesperson Lyndon Lee Suy, meanwhile, said a vaccine’s prequalification is not a condition for a product to be used in the country.

As the WHO waits for the final recommendation of the SAGE, Weiler has already offered to assist the Philippines in terms of technical advice, which involves monitoring and surveillance of possible side effects, as well as review of the health department’s protocols.

“The mere fact that they [WHO] are with us in the implementation – that speaks a thousand words,” Garin said in a mix of English and Filipino.

Ahead of the official launch of the school-based immunization program in April, the DOH already started immunizing thousands of public school students from Central Luzon. Of more than 4,000 immunized students, only 5 developed fever.

The Philippines is among countries in the Western Pacific region with the highest incidence of dengue in recent years. (READ: DOH: Vaccine an ‘additional strategy’ to fight dengue in PH)

The DOH has allocated P3.5 billion ($76.09 million) from its savings to buy the dengue vaccine. This is bigger than the P887.18 million ($19.29 million) allocated by the health department in 2015 for all neglected tropical diseases, including dengue. – Rappler.com