Scientists look into rice that can tolerate salty conditions 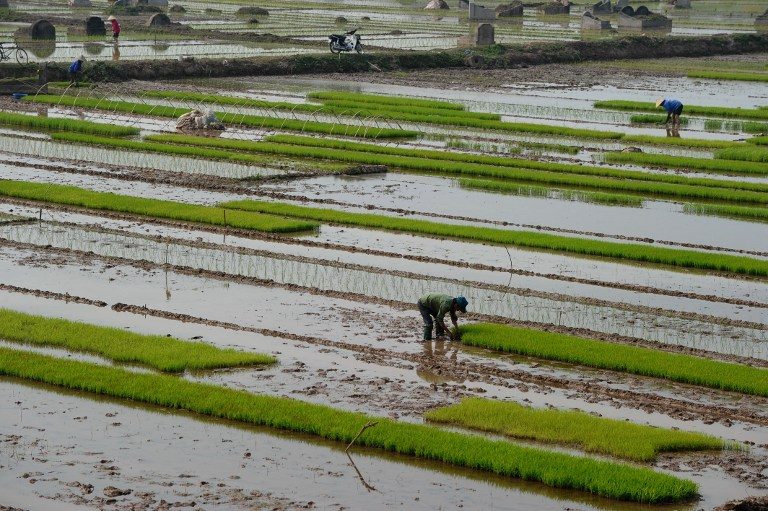 Facebook Twitter Copy URL
Copied
A team of researchers, led by prominent Filipino-American scientist Michael Purugganan, will study the response of rice in saline soil conditions under a 4-year, US$4 million grant from the US National Science Foundation

NEW YORK, USA – A team of scientists will study the response of rice, the staple food of half the world’s nearly 7 billion people, in saline soil conditions under a 4-year, US$4 million grant from the US National Science Foundation’s Plant Genome Research Program.

The study will be headed by New York University’s (NYU) Michael Purugganan, a prominent Filipino-American scientist, and Richard Bonnaeu, both part of NYU’s Center for Genomics and Systems Biology.

“We are hoping we can identify genes that can help rice tolerate more saline soils. There is certainly evidence in African rice for this,” Purugganan told Rappler in an interview. “If we identify genes for salt tolerance, then breeders can use this information to breed salt-tolerant rice varieties.

The NYU team will be collaborating with the International Rice Research Institute (IRRI) in the Philippines, which last April said it is in the process of perfecting the salt-tolerant rice before field testing it widely, as well as Fordham University.

Rice is an especially vital staple food in Asia, especially in populous countries such as China, the Philippines, Indonesia, and even India.

An NYU statement announcing the study said plants are continuously exposed to multiple environmental signals and must respond to dynamic conditions found in nature. Because so much of the world relies on rice as a food source, its survival around the globe is vital.

Saline soil conditions, in particular, mark a growing threat to agriculture especially in a time of global warming and climate change.

In Vietnam, salt intrusion in the Mekong River delta and the southern areas of the country which form its main rice producing area is now a serious problem.

Achipelagic countries such as the Philippines and Indonesia ensure their rice farms are located not that far from the oceans also.

But he also explained that salt buildup is an issue for irrigated areas.

“As irrigation is used over time, salt builds up in the soils. So even if you are not a coastal country, it becomes a problem,” the NYU scientist said.

This places at risk land-locked countries which farm rice, such as Cambodia and Laos.

According to the IRRI statement in April, the new rice variety was bred by crossing a wild rice species found in brackish water with one cultivated and developed at the institute.

This resulted in a “new rice line that can expel salt it takes from the soil into the air through salt glands it has on its leaves.”

Salt would normally damage rice and other plants, impacting the viability of crops which feed significant numbers of people.

The researchers will examine how plants’ gene regulation can potentially lead to their adaptation in salty soils.

By identifying genes that plants use to acclimate to different environments, they hope to lay the groundwork for breeding rice that can thrive in saline-laden terrains, the NYU statement said.

Their work will primarily examine Asian rice, the world’s most important food crop. The project will also study African rice, a less well-known relative of Asian rice that is grown in West Africa, but which holds promise for its better tolerance to various environmental stresses.

“There is certain evidence in African rice for this,” Purugganan said in alluding to their ability to withstand salty conditions among others.

The work will employ both genome sequencing and large-scale analysis of gene expression in rice grown both in the laboratory and the field. The study will also develop new methods for analyzing large-scale genomic data.

Rice is considered one of the 3 top food crops in the world alongside wheat and corn. – Rappler.com

Rene Pastor is a journalist in the New York metropolitan area who writes about agriculture, politics and regional security. He was, for many years, a senior commodities journalist for Reuters. He founded the Southeast Asia Commodity Digest, which is an affiliate of Informa Economics research and consulting. He is known for his extensive knowledge of agriculture and the El Niño phenomenon and his views have been quoted in news reports.