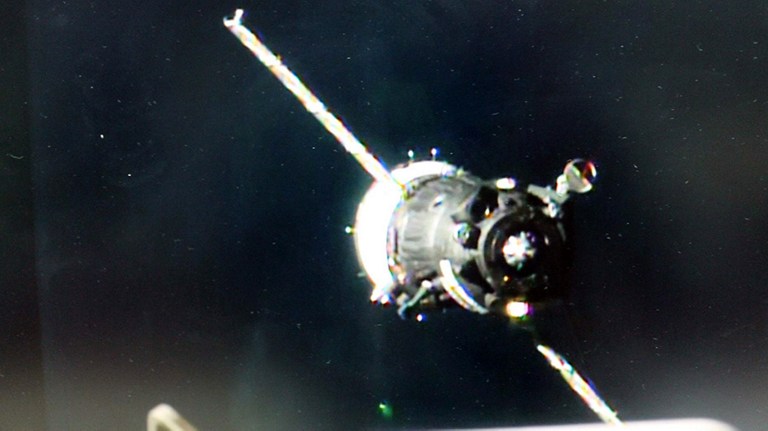 MIAMI, United States –Russia’s Soyuz spacecraft arrived at the International Space Station (ISS) on Saturday, November 19, carrying a European, a Russian, and an American astronaut for a 4-month mission at the orbiting outpost.

Pesquet, 38, a rookie astronaut and amateur saxophone player, is the first French national to be sent to the ISS by the European Space Agency since 2008.

Novitskiy, 45, a Russian Air Force pilot and decade-long veteran of the space agency Roscosmos, is making his second trip to the ISS.

Whitson is an experienced veteran and biochemistry expert who will break records with this space mission, including the title of the most days in space by a US astronaut.

She is scheduled to surpass NASA astronaut Jeff Williams’s 534 days on April 24.

In February, Whitson, 56, will become the first woman to command the space station twice.

She previously commanded the station in 2007, when she became the first woman to hold this post, NASA said.

Their arrival means the staff at the orbiting outpost goes back up to 6.

But even after a two-day journey in cramped quarters, the 3 new arrivals were not allowed to exit the spacecraft right away.

About two more hours of checks were needed to make sure the seal was airtight between the station and Soyuz before the astronauts would be able to open the hatch, get out and stretch their legs, NASA said.

Russia’s Soyuz capsules offer the only way for global astronauts to reach the space station since the American space shuttle program was retired in 2011.

Astronauts pay more than $71 million per seat for a ride on the Soyuz, which carries 3 people at a time.

Private industries, including SpaceX and Boeing, are designing spacecraft to once again ferry astronauts from US soil. Their first flights are not expected until late next year or in 2018.

Humans have lived continuously at the space station for more than 15 years.

More than 200 people from 18 countries have visited the microgravity laboratory that circles Earth at a height of about 250 miles (400 kilometers), NASA said. – Rappler.com