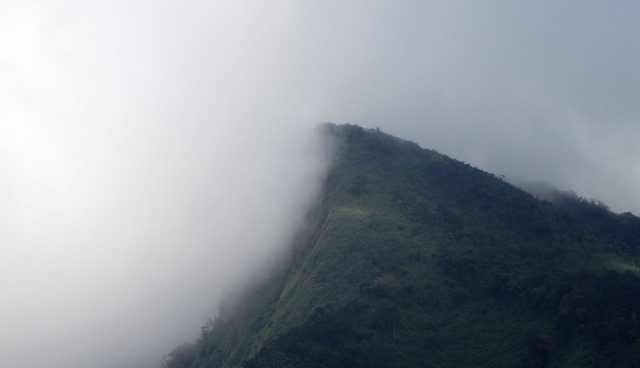 Facebook Twitter Copy URL
Copied
Cleopatra's Needle Forest Reserve (CNFR), one of the oldest and most diverse forests in the country, now has additional protection

PUERTO PRINCESA CITY, Philippines (UPDATED) – Cleopatra’s Needle Forest Reserve (CNFR), one of the oldest and most diverse forests in the country and home to countless endemic species, has gotten additional protection following its declaration as a critical habitat.

The Palawan Council for Sustainable Development (PCSD), a multi-sectoral and intergovernmental body, approved during its regular meeting on Friday, November 18, a resolution designating Mt Cleopatra’s Needle as such.

Republic Act 9147, also known as the Wildlife Resources Conservation and Protection Act, defines a critical habitat as a portion of land outside a protected area that is characterized by the presence of threatened species, considering its endemicity and richness in the area as well as the presence of threats to its survival.

The 38,693-hectare CNFR is part of the Cleopatra’s Needle mountain, the city’s highest peak with an altitude of 1,593 meters. This 40,000-hectare mountain lies on the northern part of Puerto Princesa, near the world-renowned Puerto Princesa Subterranean River National Park (PPSRNP).

The Centre for Sustainability (CS), a Palawan-based non-governmental organization which initiated efforts to secure the designation, said the CNFR is part of pristine forest neighboring the PPSRNP that remains unprotected.

“This area is a real biological gem. It is the last safe haven for countless endemic species, and it functions as an important corridor for species crossing the island. The area serves furthermore as the largest watershed in the city and provides water for approximately 30% of its residents,” CS said.

This verdant wildlife haven is also home to Palawan’s slowly disappearing Batak tribe whose population is only about 200. They share this place with the Tagbanua, another indigenous group in the province.

After almost 2 years since they started pushing for the declaration of the CNFR as a critical habitat, CS project manager Jessa Belle Garibay said their success is “a success for the environment.”

Garibay added her group will be coordinating with the Puerto Princesa City government for the declaration’s adoption through local legislation.

Environment Undersecretary Marlo Mendoza, a member of environmental body PCSD, said the challenge now is how to implement the measure, which aims to spare Mt Cleopatra’s Needle from illegal occupation, logging, forest conversion to agriculture and settlements, and mineral exploration and extraction, among other destructive human activities that cause habitat loss.

“At the end of the day, what matters is not just declaring a place as a critical habitat – it’s really ensuring its protection. Because once this habitat is damaged then the endemic species – flora and fauna – will also vanish,” Mendoza said.

Mendoza added that his agency will continue helping the local government unit, along with environmental groups, in safeguarding Mt Cleopatra’s Needle.

However, he said all of the threats would only be lessened or addressed if poverty is alleviated. “We have to make sure the upland poor are provided also with livelihood,” he said, adding that poverty is one of the factors driving people to pillage the upland resources.

Despite its rich natural resources, Palawan is confronted with a high poverty level, registering at 61% of total households, based on the 2014 Community-Based Monitoring System (CBMS) census.

Meanwhile, CS continues its management planning, particularly with the indigenous communities in 7 barangays located inside the CNFR. – Rappler.com

Top photo: A panoramic shot of Cleopatra’s Needle in Palawan. Photo courtesy of the Centre for Sustainability