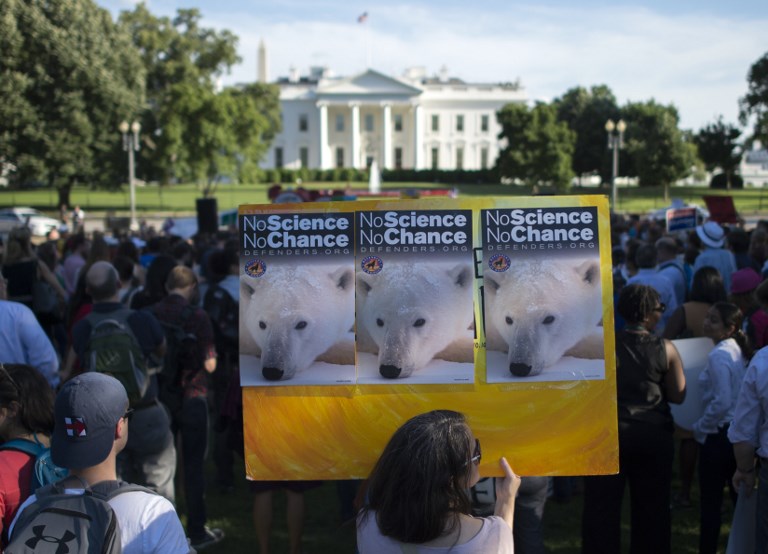 WASHINGTON DC, USA – Average US temperatures have risen dramatically and fast, with recent decades the warmest of the past 1,500 years, according to a draft federal government report cited by The New York Times on Tuesday, August 8.

“Americans are feeling the effects of climate change right now,” said the report by 13 federal agencies not yet released or approved by President Donald Trump’s administration.

The report “directly contradicts claims by President Trump and members of his cabinet who say that the human contribution to climate change is uncertain and that the ability to predict the effects is limited,” the Times said.

The draft report, part of the United States National Climate Assessment, is done every four years. It has been signed by the National Academy of Sciences.

“How much more the climate will change depends on future emissions and the sensitivity of the climate system to those emissions,” the draft report states in the Times article.

The United States just announced Friday, August 4, it would still take part in international climate change negotiations in order to protect its interests, despite its planned withdrawal from the Paris accord on global warming.

Two months after Trump announced the United States would abandon the 2015 global pact, his administration confirmed it had informed the United Nations of its “intent to withdraw from the Paris Agreement” – a process that will take at least until 2020.

The United States is the world’s second biggest producer of greenhouse gases after China and its withdrawal was a seen as a body blow to the Paris agreement.

The accord commits signatories to efforts to reduce greenhouse gas emissions that cause global warming, which is blamed for melting ice caps and glaciers, rising sea levels and more violent weather events.

They vowed steps to keep the worldwide rise in temperatures “well below” two degrees Celsius (3.6 degrees Fahrenheit) from pre-industrial times and to “pursue efforts” to hold the increase under 1.5 degrees Celsius. – Rappler.com