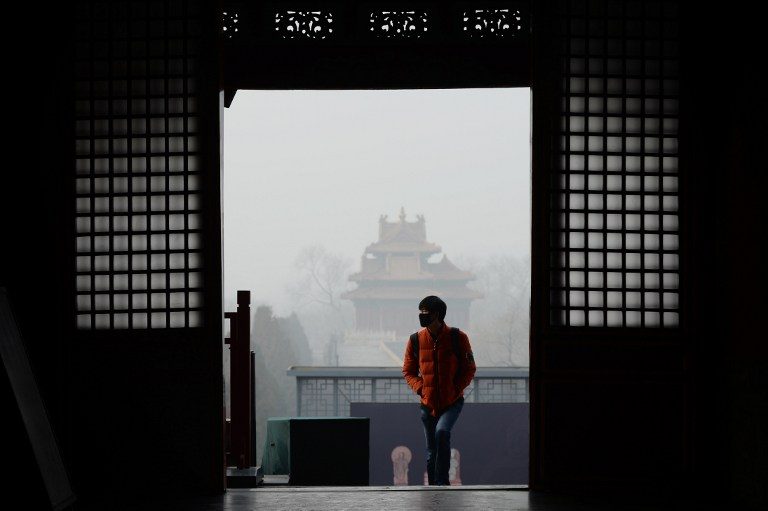 Facebook Twitter Copy URL
Copied
In rapidly-industrializing countries such as India, Pakistan, China, Bangladesh, Madagascar, and Kenya, pollution can account for as many as 1 in 4 deaths

PARIS, France – Pollution claimed the lives of 9 million people in 2015, one in every 6 deaths that year, according to a report published on Friday, October 20.

Almost all the deaths, 92%, happened in low- and middle-income countries, it said, with air pollution the main culprit, felling 6.5 million people.

Almost half of the total toll came from just two countries – India and China – researchers reported in The Lancet medical journal.

In rapidly-industrializing countries such as India, Pakistan, China, Bangladesh, Madagascar and Kenya, pollution can account for as many as one in 4 deaths, they added.

“Pollution and related diseases most often affect the world’s poor and powerless, and victims are often the vulnerable and the voiceless,” said co-author Karti Sandilya of Pure Earth, an anti-pollution NGO.

“As a result, pollution threatens fundamental human rights, such as the right to life, health, wellbeing, safe work, as well as protections of children and the most vulnerable.”

With global welfare losses of about $4.6 trillion (3.9 trillion euros) per year, the economic cost of pollution-related deaths and disease is also concentrated in the developing world.

Aside from outright poisoning, pollution causes an array of deadly ailments such as heart disease, stroke, lung cancer and chronic obstructive pulmonary disease.

The deadliest form, responsible for more than two-thirds of deaths, was air pollution, they added.

These included the lung disease pneumoconiosis in coal workers, bladder cancer in dye workers, and asbestosis and lung cancer in workers exposed to asbestos.

In a separate comment, The Lancet editors Pamela Das and Richard Horton said the report came at a “worrisome time, when the US government’s Environmental Protection Agency, headed by Scott Pruitt, is undermining established environmental regulations.”

The latest findings, they added, should serve as a “call to action”.

“Pollution is a winnable battle…. Current and future generations deserve a pollution-free world,” the pair wrote.

Pruitt announced this month the US would pull out of former president Barack Obama’s Clean Power Plan.

There was some good news in the report too.

Deaths due to water and household air pollution dropped from 5.9 million in 1990 to 4.2 million in 2015, said the report authors, as poor countries became richer.

On the other hand, deaths from pollution associated with industrial development – such as outdoor air pollution, chemical and soil pollution, increased from 4.3 million to 5.5 million over the same period. – Rappler.com