Dengue vaccine more risky for people without prior infection – Sanofi 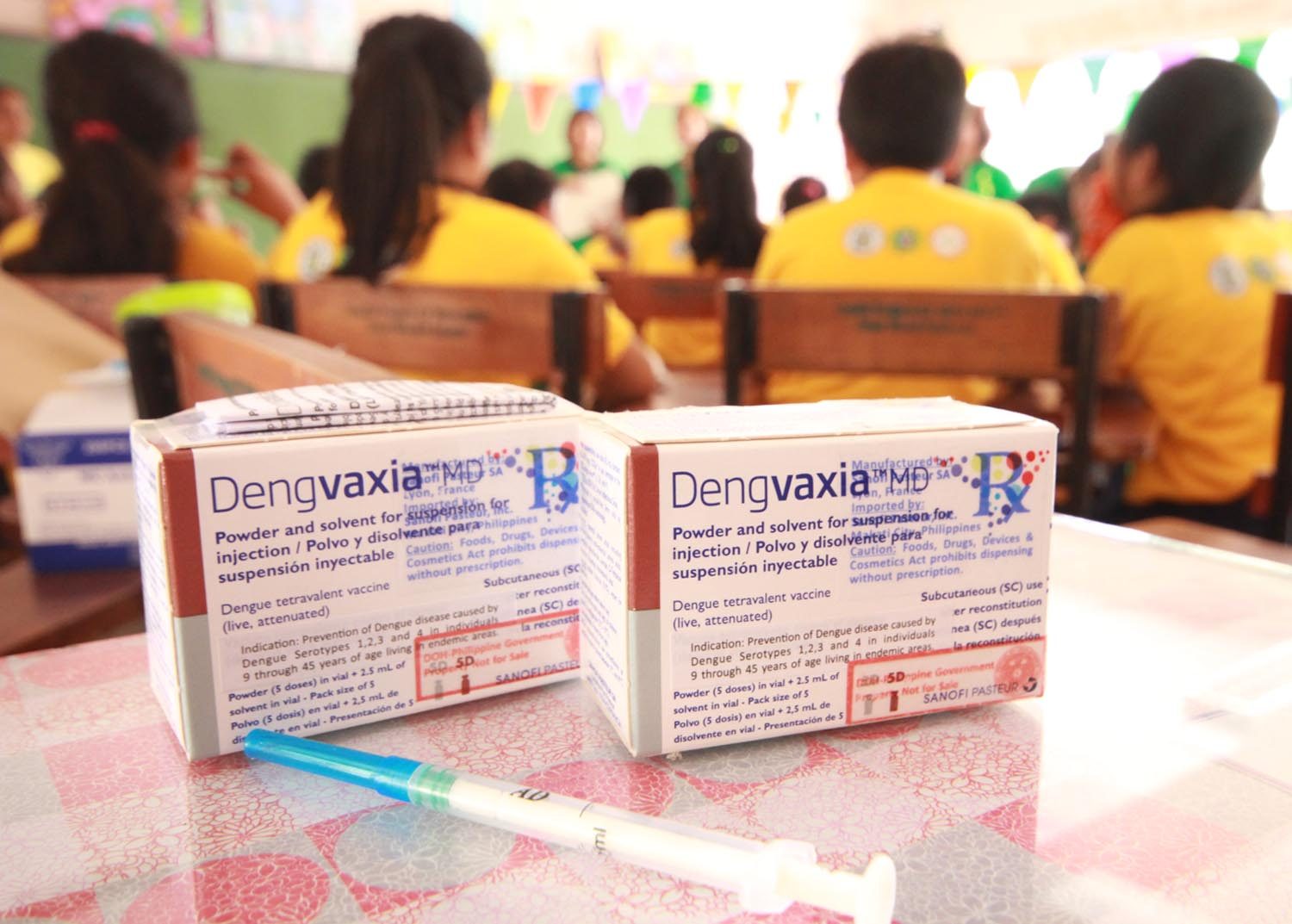 MANILA, Philippines – New analysis of clinical data showed Sanofi Pasteur’s dengue vaccine poses more risks for people who have not been infected by the virus before immunization.

Sanofi itself made the announcement in a statement released on Wednesday, November 29, after new analysis of 6 years’ worth of clinical data.

“The analysis confirmed that Dengvaxia provides persistent protective benefit against dengue fever in those who had prior infection. For those not previously infected by dengue virus, however, the analysis found that in the longer term, more cases of severe disease could occur following vaccination upon a subsequent dengue infection,” said Sanofi.

The pharmaceutical company will now propose to national regulatory agencies to update the vaccine’s label. Dengvaxia will no longer be recommended for people who have not been infected by dengue before.

Sanofi’s announcement is a big blow to countries that have been using Dengvaxia for national immunization programs and have allowed the vaccine’s commercial sale, including the Philippines.

Eleven countries have approved the commercial release of the vaccine. The others are Brazil, Costa Rica, El Salvador, Guatemala, Mexico, Paraguay, Peru, Indonesia, Singapore, and Thailand.

The Philippines’ Department of Health (DOH) embarked on its Dengue School-Based Immunization Program in 2016. Initially, hundreds of thousands of Grade 4 students (at least 9 years old) in Central Luzon, Calabarzon, and the National Capital Region were immunized.

Under the Duterte administration, the DOH said it would expand the program to Central Visayas.

Health officials had earlier sought to ease concerns about the risk of using the vaccine then, citing an expert panel from the World Health Organization (WHO) that recommended the administration of the world’s first dengue vaccine in areas with high incidence of the mosquito-borne disease.

Duque said the DOH may release an initial recommendation by Friday, December 1.

Duque assured the public, however, that “the safety of our children is paramount.” He said it will be the DOH’s number one consideration once it determines how to proceed following Sanofi’s advisory on the vaccine.

Dr Anthony Leachon, independent director of the Philippine Health Insurance Corporation and ex-president of the Philippine College of Physicians Foundation, said it was “unusual” for the mass vaccination to follow the vaccine’s regulatory approval.

Dr Antonio Dans, Philippine Society of General Internal Medicine president, also warned against “antibody dependent enhancement,”  a phenomenon where the vaccine might lower the number of dengue cases initially, but could later increase the severity of the disease. – Rappler.com