Does alcohol cause PMS?

Apr 24, 2018 1:53 PM PHT
Agence France-Presse
Facebook Twitter Copy URL
Copied
Drinking may be the cause, rather than the consequence, of some premenstrual syndrome cases, according to researchers 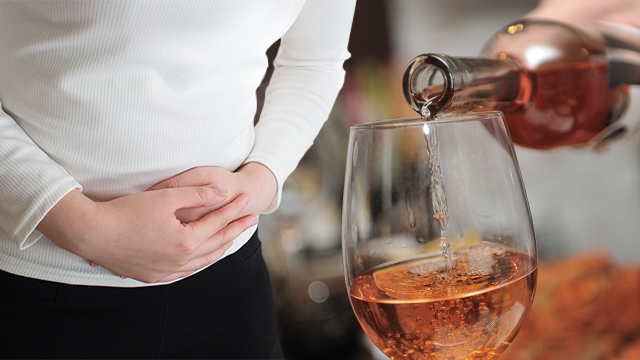 PARIS, France – Researchers reported a link Monday, April 23, between PMS and drinking alcohol, but could not conclude whether premenstrual suffering causes women to hit the bottle, or the other way round.

A trawl of data from 19 studies in 8 countries found a “moderate association” between premenstrual syndrome (PMS) symptoms such as cramps, breast tenderness, fatigue, moodiness, and depression on the one hand, and a tipple on (in) the other.

The link was “more pronounced” with heavy drinking – equivalent to one average-sized drink per day or more – the researchers said.

This suggested drinking may be the cause, rather than the consequence, of some PMS cases, they said.

But the data “cannot strictly rule out that PMS causes women to drink in order to mitigate their symptoms,” study co-author Bahi Takkouche of the University of Santiago de Compostela in Spain told Agence France-Presse.

Either way, the findings “are important given that the worldwide prevalence of alcohol drinking among women is not negligible,” the team wrote in the online journal BMJ Open.

The data used in the meta-analysis was taken from studies conducted in the United States, Britain, Poland, Switzerland, Turkey, South Korea, Taiwan and Australia.

PMS symptoms, which vary from woman to woman, usually last one to a few days before menstruation.

According to the NHS, about one in 20 women suffer symptoms so severe they interrupt their lives or work.

In the United States, previous research has found, the economic cost can reach $5,000 (just over 4,000 euros) per PMS case per year due to women staying away from work, and seeking medical pain relief.

The majority of cases are never recorded, however, as many women simply carry on as best they can.

Worldwide, the proportion of women who drink alcohol is about 29%, said the research team. “Heavy” drinkers made up about 6% of the female population.

In Europe and America, these figures are “much higher” – about 60% of women drink in Europe, and 13% heavily.

Based on these figures and the study findings, the team estimated that about one in 10 PMS cases may be associated with drinking worldwide, and one in 5 in Europe.

“Furthermore, heavy drinking may be associated with 4% of the PMS cases in the world and over 9% in Europe,” the researchers concluded.

In a comment on the study, gynecologist Nick Panay of the Queen Charlotte’s and Chelsea Hospital in London said the “potential causal association” between alcohol use and PMS was “interesting”.

It was, however, “not surprising given the impact of alcohol on hormones and neurotransmitters” – the body’s chemical messengers, he said via the Science Media Centre. – Rappler.com

Woman and alcohol images via Shutterstock