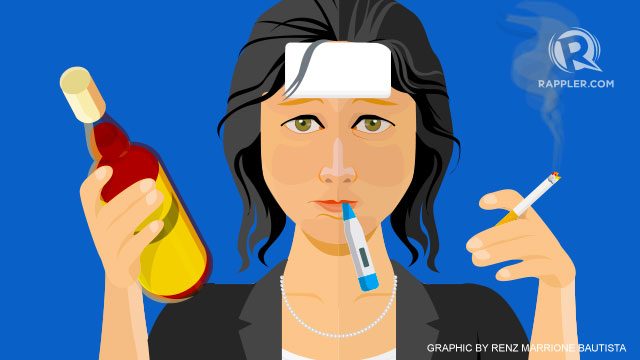 Facebook Twitter Copy URL
Copied
Diseases, such as diabetes, cancers, or cardiovascular diseases, have contributed to about 80% of deaths in the region, says WHO Western Pacific regional director Dr Shin Young-soo

According to Western Pacific regional director Dr Shin Young-soo, about 80% of deaths in the region were caused by NCDs over the last few years. These included diabetes, different types pf cancer, cardiovascular diseases, hypertension, or chronic lung conditions, among others. (READ: 16M die from ‘lifestyle’ diseases yearly – WHO)

“Non-communicable diseases are growing…. Sometimes you may not understand where it comes from, but this is more like lifestyle-related diseases…those kinds of things have been rising rapidly,” he said in a press briefing on the sidelines of the WHO Western Pacific region’s 69th committee meeting.

“Many countries are in a national emergency status,” Young-soo added.

He said addressing NCDs had been difficult because oftentimes the root causes were not caused by infections but involved a person’s lifestyle.

Common characteristics: The WHO noted two “distinctive characteristics” usually linked to NCDs: diseases are closely linked to dietary or eating habits, and cancers may be linked to environmental and lifestyle issues. (READ: 1.4 billion risk disease from lack of exercise – WHO)

According to Young-soo, poor eating habits may lead to diseases that can eventually develop into life-threatening health conditions.

“Among Filipinos we see a lot of obesity, and this is a serious issue because obesity becomes diabetes and hypertension, cardiovascular diseases. All these become linked,” he said. What has contributed to this is the rise and available of unhealthy food, such as junk food, processed food, or foods containing high salt and sugar.

“These type of food-cause, lifestyle eating habits, create these kind of diseases, [which] is very serious,” Young-soo said.

Apart from this, NCDs, such as different types of cancers, have also been found to be related to worsening environmental conditions.

“We have some evidence that, for instance in China, [in] one kind of confined city area, [in] 15 years, the lung cancer rate…increased double or two times. This is a direct linking with that,” Young-soo said.

Tobacco use and over-drinking of alcohol were also linked to NCDs.

Not just a health concern: Because of the many factors that are involved in a person’s lifestlye, Young-soo said addressing NDCs was not just a health issue and needed to be taken seriously by other sectors.

“This is not only a health issue or a social phenomena. It’s something that we have to take very seriously. These are trade issues, also agricultural issues, and also some kind of transportation issues,” he said.

Part of addressing NCDs, Young-soo said, means that the WHO Western Pacific regional office has included among its priorities working closely with lawmakers to craft initiatives that promote healthy living. (READ: Taxes key in war on ‘lifestyle’ disease – health experts)

“Non-communicable diseases are global and political issues now. Even in the United Nations General Assembly, we had a special session on NCDs because it is not a purely health issue. If you want to control it, we all have to work together,” he said.

The WHO Western Pacific region is composed of 37 countries and covers about 1.9 billion people or a quater of the world’s population. – Rappler.com