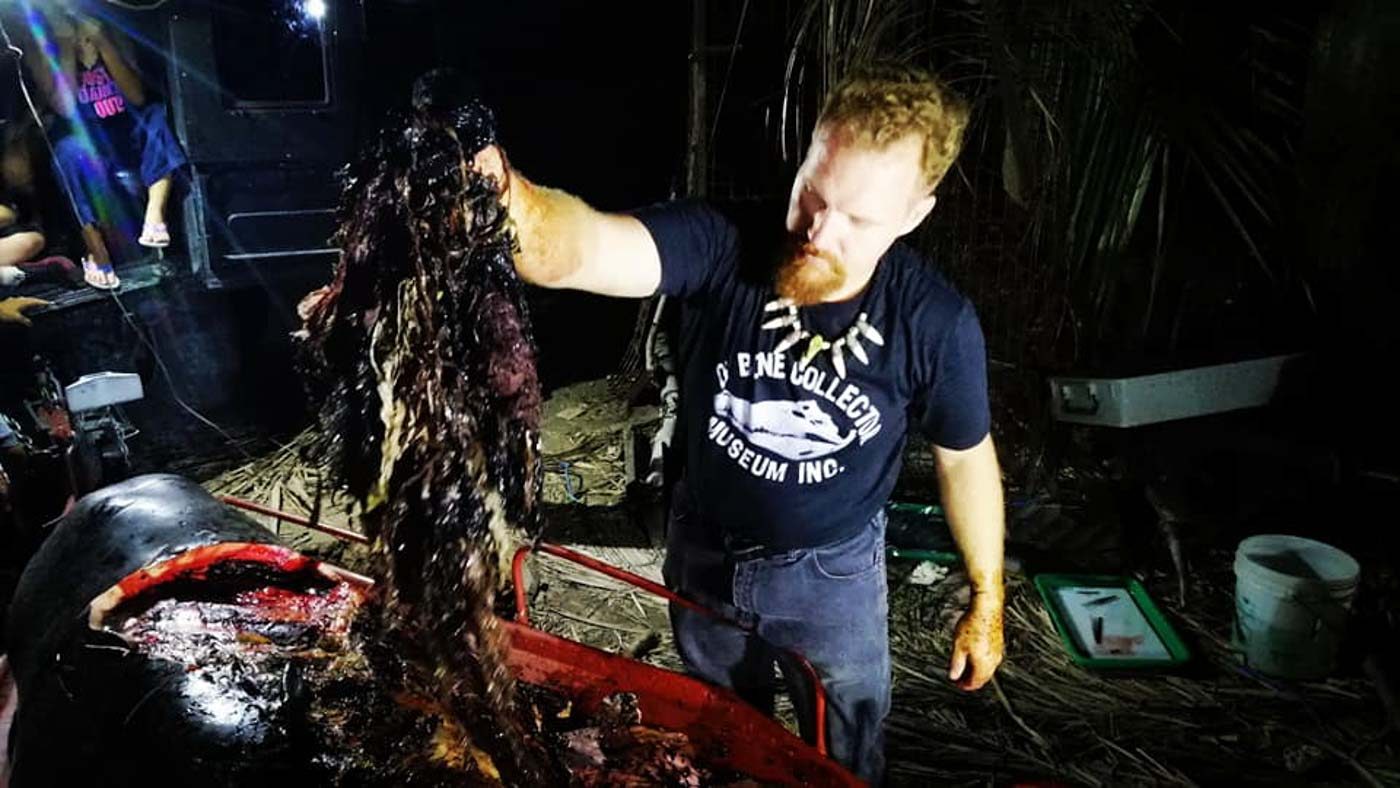 Facebook Twitter Copy URL
Copied
'This whale had the most plastic we have ever seen in a whale,' says American biologist Darrell Blatchley

DAVAO CITY, Philippines – A dead whale with 40 kilograms of plastic trash in its stomach washed ashore in Mabini, Compostela Valley over the weekend.

American biologist Darrell Blatchley, director of the D’ Bone Collector Museum which helped conduct a necropsy, said the whale died from starvation and was unable to eat because of the trash filling its stomach.

“[Forty] kilos of plastic bags. Including 16 rice sacks. Four banana plantation style bags and multiple shopping bags,” he said on Facebook. “This whale had the most plastic we have ever seen in a whale.”

Blatchley, who described the incident as “very disgusting and heartbreaking,” called for stricter action against people making waterways and oceans their dumping ground.

The 15.4-foot long whale was stranded in Mabini town on Friday, March 15, where local officials and fishermen tried to release it, only for the creature to return to shallow water, said the Bureau of Fisheries and Aquatic Resources.

“It could not swim on its own, emaciated and weak,” regional bureau director Fatma Idris told Agence France-Presse.

“[The] animal was dehydrated. On the second day it struggled and vomited blood.”

Saturday’s case was the second in Davao Region in just 7 months.

In August 2018, Blatchley also performed a necropsy on a dead whale shark, which beached in Tagum City.

On the gut of the 4.3-meter whale shark were plastic cups, food wrappers, and other pieces of plastic.

Blatchley had said that the ingestion of plastic kills marine animals because these block their gills and stomachs.

He cited several other cases of marine life dying from plastic ingestion, such as the 38-foot juvenile sperm whale that washed ashore on Samal Island in 2016.

The recent death comes just weeks after the Global Alliance for Incinerator Alternative released a report on the “shocking” amount of single-use plastic in the Philippines, including nearly 60 billion sachets a year. – with reports from Agence France-Presse/Rappler.com