Would you eat meat grown from cells in a laboratory? Here’s how it works 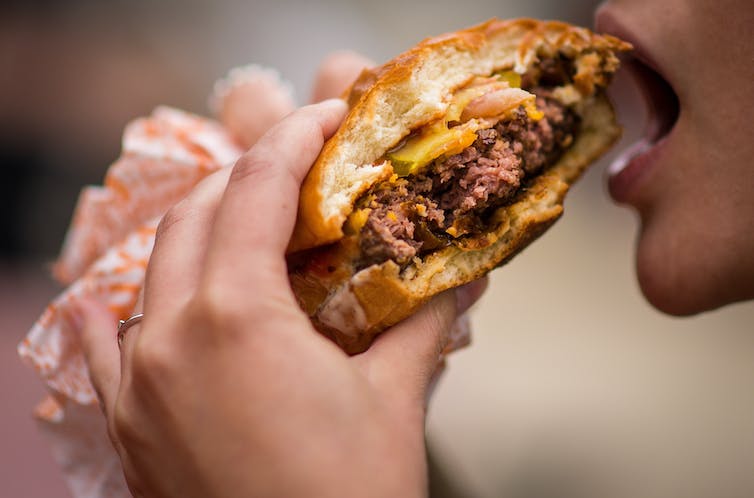 For many of us, eating a meal containing meat is a normal part of daily life. But if we dig deeper, some sobering issues emerge.

Every year, 66 billion terrestrial animals are slaughtered for food. Predictions are that meat consumption will rise, with increasing demand for meat from China and other Asian countries as their standards of living increase.

The impact of grazing animals on the environment is devastating. They produce 18% of the world’s greenhouse gases, and livestock farming is a major contributor to species extinctions.

Some experts have even said meat may not be essential for most people, and a vegetarian diet is healthier than a meat-based one. So the rationale for developing meat alternatives – “fake meat” – is strong.

Fake meat can be made from plant-based materials that mimic the taste of meat. But for those who want something closer to the real thing, meat cells can be grown in a laboratory – this is called “in vitro agriculture.” Here’s how it works.

Growing meat, but not in an animal

The concept of cultured meat has been around for some time. In 1931, Winston Churchill even said:

We shall escape the absurdity of growing a whole chicken in order to eat the breast or wing. By growing these parts separately under a suitable medium.

The world’s first cultured beef burger was produced by Professor Mark Post at Maastricht University in The Netherlands. It was cooked and eaten publicly at a London restaurant in 2013. It took three months to grow the meat and cost €250,000.

Since then, the race has been on to produce commercially available synthetic meat. Many companies have taken out patents to grow meat on a commercially viable scale and some have even received funding from people like Bill Gates and Richard Branson.

Thanks to advances in tissue engineering, we can take all sorts of cells ranging from skin and blood to muscle and the brain from different animals, and grow them under controlled laboratory conditions.

The type of meat people want to eat is from muscle. This means synthetic meat production involves producing large quantities of muscle cells in a laboratory. 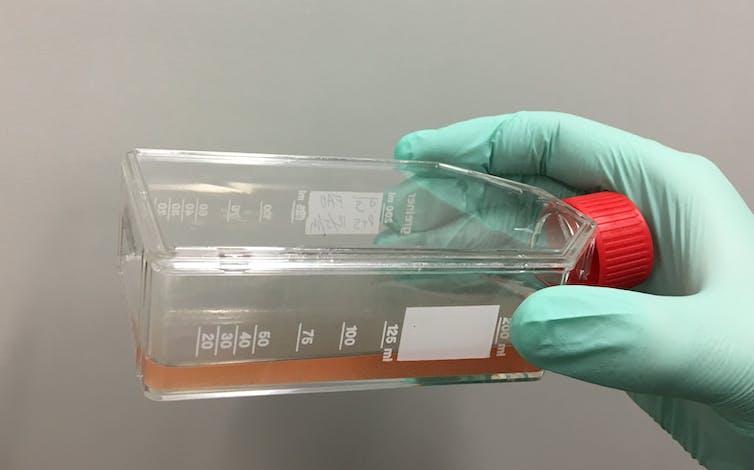 The growing and conversion of cells into skeletal muscle are the major challenges the industry currently faces. The appearance of this meat would likely resemble burger-type meat, like a patty, rather than carcass meat, which is very structured.

For example, when you cut into a steak, you might see the meat organised into long strands or fibers. But with cultured meat, the organisation of the cells may be more haphazard.

It’s entirely feasible for some types of cells to grow fast and reproduce themselves once every 24 hours in a laboratory setting – this is much faster than in an animal. The challenge is to achieve this on a large scale in bio-reactors (a vessel to contain the laboratory-grown cells), and then to get all the cells converted from precursor cells to muscle cells.

Read more: Should lab-grown meat be labelled as meat when it’s available for sale?

If eating the products of tissue cells seems unsavoury, consider that people already consume products of cell culture technologies. Over 50% of biological molecules for vaccines and for treating diseases (such as antibodies for cancer treatment) are produced in mammalian cell cultures..

So we are already on track to consume “fake,” or artificially synthesized, molecules.

It takes around 18 months for a cow to grow fully, after a pregnancy of 10 months.

So in total, it takes two years and four months of growth in a space roughly 10.5 by 15.2 square meters, in a barn. When a cow is killed, it produces a 300 kilograms (kg) carcass and 180 kg of butchered meat.

On the other hand, it takes 8 trillion cells in a laboratory to make 1 kg of muscle meat.

A container of 5,000 liters (the size of an average rainwater tank, or somewhere around 5 cubic meters) would be needed to grow this number of cells. This would account for cells grown in layers, and covered by a liquid to provide nutrients.

Read more: How to get the nutrients you need without eating as much red meat

If cells in a laboratory divide every 24 hours, then it would take just over 26 days to grow 1 kg of meat. 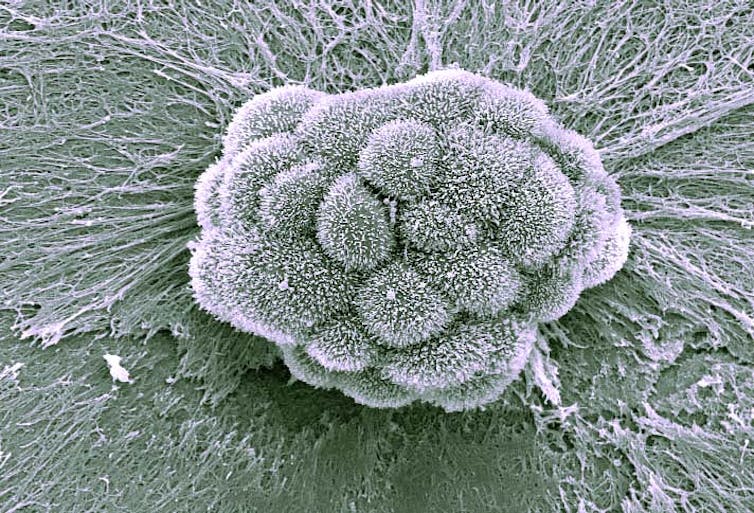 This growth rate is feasible for some types of cells, such as skin and gut, but has not yet been reported for muscle cells in a laboratory.

Therefore, lab-grown meat could take fewer natural resources (like vegetation and water) to grow the equivalent amount of animal meat. The commercial availability of “fake meat” could profoundly decrease the enormous environmental impact of grazing animals and reduce animal cruelty.

As 90% of Australians are concerned about animal welfare, and Australians are largely worried about climate change, fake meat has the potential to make a real impact to the meat industry.

Leigh Ackland is a Professor in Molecular Biosciences at Deakin University.