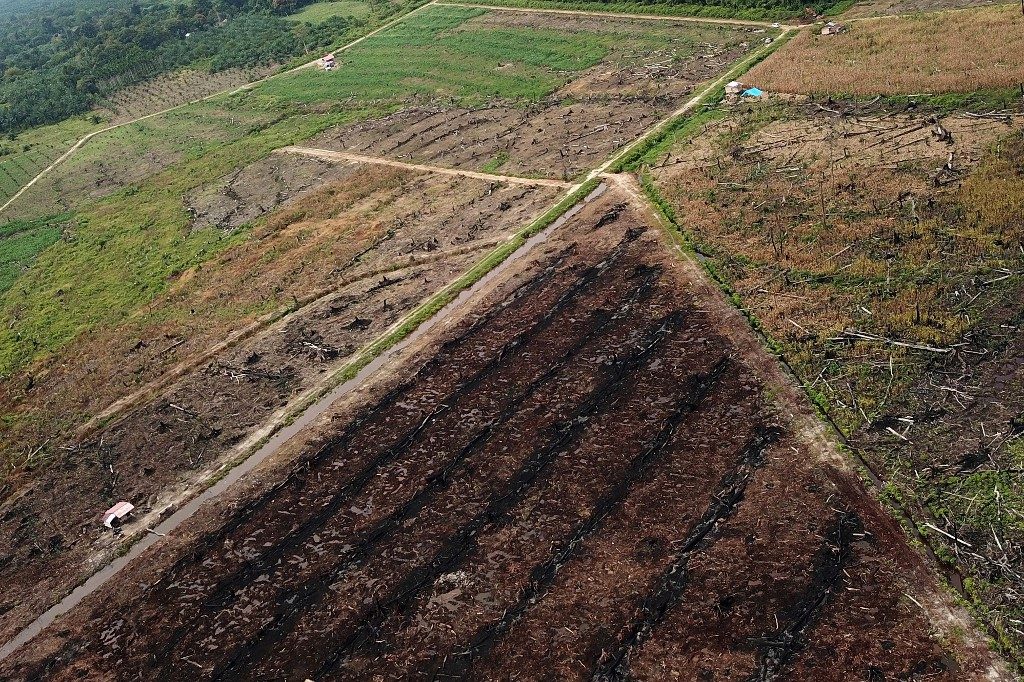 Facebook Twitter Copy URL
Copied
Less than two-fifths of forests across Latin America, Asia and Africa currently allow for animals and plants to avoid potentially intolerable increases in temperature, according to a report from the journal Nature Climate Change.

Less than two-fifths of forests across Latin America, Asia and Africa currently allow for animals and plants to avoid potentially intolerable increases in temperature, they reported in the journal Nature Climate Change.

“The loss of tropical forests between 2000 and 2012 led to an area larger than India losing the capacity to protect species from the effects of climate change,” lead author Rebecca Senior, a professor at the University of Sheffield, told AFP.

“Not only does forest loss remove habitat directly, it also makes it harder for species to move.”

The lack of escape routes to cooler habitats means that warming “will likely result in national and global extinction of vulnerable species,” she added.

At current rates of climate change, animals and plants moving to the least heat-ravaged spots accessible today would, on average, be exposed by 2070 to an environment 2.7 degrees Celsius (4.8 F) hotter than during the second half of the 20th century, the study found.

Even under a best-case scenario in which humanity caps global warming at 2 degrees Celsius – an increasingly unlikely prospect – species in tropical regions would still see a jump of 0.8 C by that date.

The 2015 Paris climate treaty enjoins nations to hold warming to “well below” 2 C.

Last year, the UN climate science panel concluded that even this threshold would not prevent severe impacts, such as the loss of shallow-water coral reefs, which anchor a quarter of marine life.

A single degree of warming since the industrial revolution has already boosted the frequency and intensity of heat waves, droughts and tropical storms.

Animal and plant species have always moved up or down mountains, towards or away from the poles, or into cooler or warmer waters when faced with shifts in climate.

But rarely has climate change been so rapid, and never has it been combined with extreme habitat fragmentation.

“Tropical species are particularly sensitive to temperature change,” Senior said. “Most are found nowhere else on Earth, and make up a huge proportion of global biodiversity.”

Scores of studies have shown how rising temperatures have forced fauna and flora to adapt their behaviour in ways that curtail their ability to collect food, reproduce or both.

Some 550 species – more than half already threatened with extinction – are listed as vulnerable to droughts and temperature extremes on the International Union for the Conservation of Nature Red List.

Nail in the coffin

They include mammals such at red-handed howler monkeys, jaguars and giant otters.

“They are highly specialised to particular habitats, can’t move very far, and are very sensitive to overheating and drying out,” Senior pointed out.

“This is another nail in their coffin.”

Higher temperatures force some tropical hummingbirds to seek shade rather than forage, testing their capacity to adapt.

Other research has documented species decline and loss due to forest loss and fragmentation, which has created islands of primary forest hemmed in by palm oil plantations, biofuel crops, cattle ranches and the soyabean crops used to feed livestock.

An area of tropical forest 5 times the size of England – some 600,000 square kilometers (230,000 square miles) – has been destroyed since 2014, according to Global Forest Watch, a research unit at the University of Maryland.

The new study, however, is the first to investigate the interaction between tropical habitat loss and climate change on a global scale over more than a decade. – Rappler.com