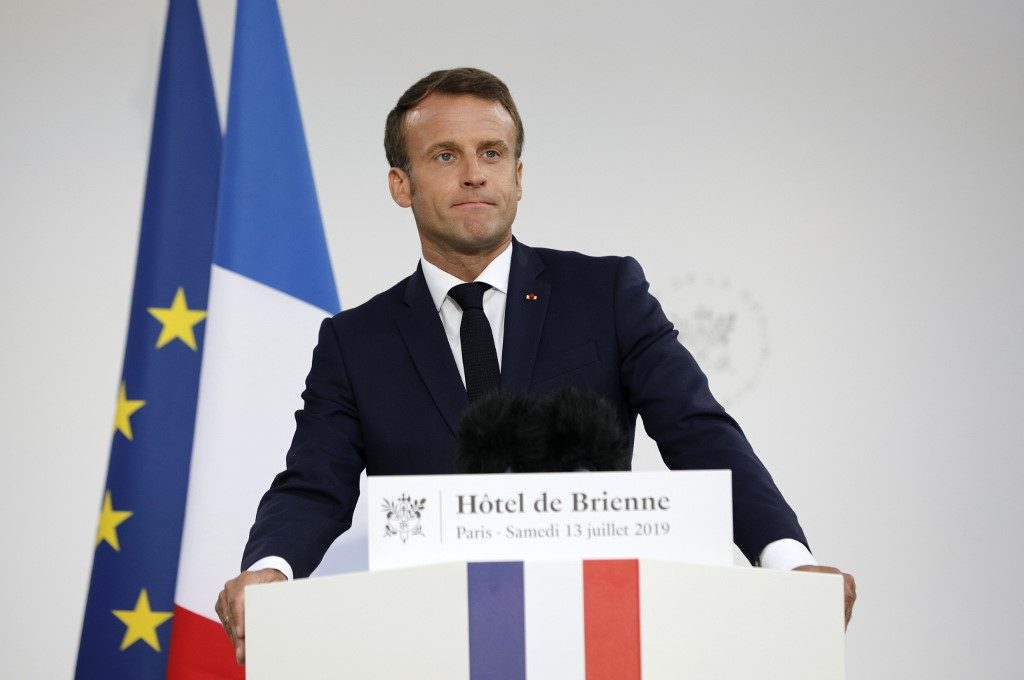 Facebook Twitter Copy URL
Copied
'We will reinforce our knowledge of the situation in space, we will better protect our satellites, including in an active manner,' French President Emmanuel Macron says

PARIS, France – French President Emmanuel Macron on Saturday, July 13, announced the creation of a new national military space force command that will eventually be part of his country’s air force.

The declaration – made on the eve of France’s Bastille Day national celebrations that feature a military parade down Paris’s Champs-Elysees – mirrors an initiative in the United States (US) championed by President Donald Trump.

“To assure the development and the reinforcement of our capacities in space, a high command for space will be created in September,” Macron told military brass gathered for a traditional pre-Bastille Day reception.

He called the renewed military focus on space a “true national security issue.”

Last year Macron had spoken of the need for a strategy for space defense and this was the result, he said.

“The new spatial and military doctrine that has been proposed to me by the (defense) ministry, which I have approved, will allow us to ensure our defense of space,” he added.

“We will reinforce our knowledge of the situation in space, we will better protect our satellites, including in an active manner,” he said.

Defense Minister Florence Parly would reveal details of the funding at a later date, he added.

France’s declared interest in boosting its military readiness in space follows increased spending and interest in the area by the United States, China and Russia. (READ: In space, the US sees a rival in China)

The Pentagon has drafted plans for a new Space Force on orders from Trump who has declared space a “war-fighting domain.” But that project still requires the approval of the US Congress.

In March, United Nations-backed talks in Geneva to prevent an arms race in outer space ended without agreement.

French operations could no longer do without a presence in space “to contribute to our autonomy of evaluation, decision and action in a decisive manner,” she said. – Rappler.com