How about breadfruit for rice? 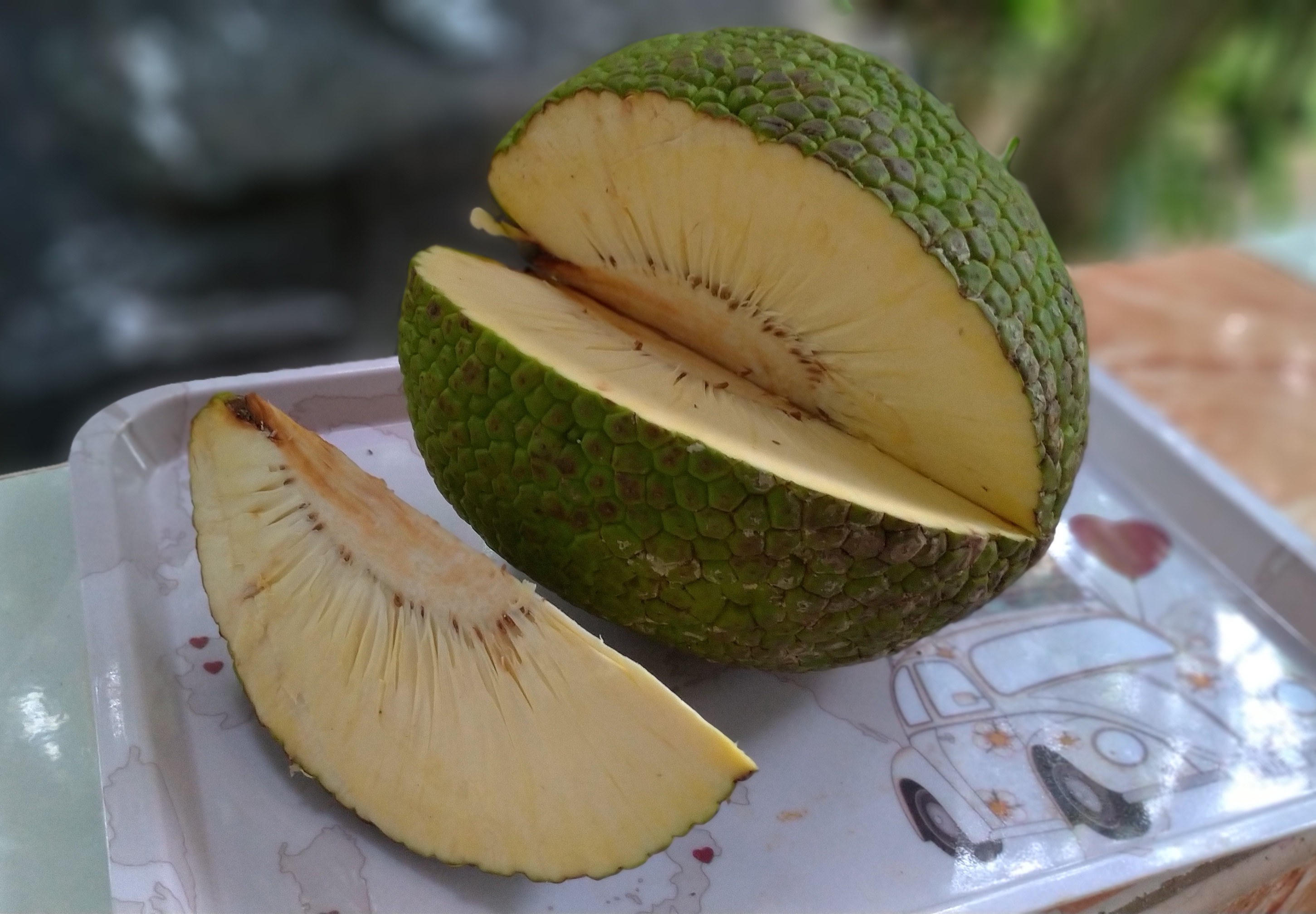 ALBAY, Philippines – Breadfruit is one of the emerging traditional crops in Bicol. This means it is being developed into various products to become a staple crop which can help alleviate poverty and malnutrition.

Locally known as rimas or kulo, this starchy fruit which smells like freshly-baked bread when cooked can be turned into pastillas, chips, donut, and even ice cream.

And then there’s the full meal entry to a cooking competition in Albay that used breadfruit for rice. It won the competition’s first prize.

Reynan Bobiles, the senior high school teacher who came up with the idea, said he picked breadfruit because it is nutritious and a local produce – the main criteria for the contest.

Nutritionist-dietician Chi Borromeo said that as an energy food, breadfruit can serve as a rice alternative.

“It can help undernourished children gain weight, as well as improve health conditions of pregnant women and adults in impoverished families because it is carbohydrate-rich and has the macronutrients for our basic daily needs,” she added.

According to researcher Arlene de Asis from the region’s Department of Agriculture (DA), “compared to rice and other crops and commodities, it has a lower glycemic index.” Thus, she said, breadfruit is a non sugar-based food source that can make a person feel full after eating.

The department’s Bureau of Agricultural Research aims to conserve the region’s breadfruit and promote mass propagation of seedlings in order to develop rimas products through the Rimas Biodiversity Research, Conservation, and Propagation in Bicol (RBR-CPB)

RBR-CPB is part of the country’s P36-million roadmap for the research and development of breadfruit products. It started in 2013 with components such as identification of planting materials for sustainable production; capacity building for farmers; post-harvest technology, and establishment of nurseries in regions.

The aim is to make breadfruit a major staple crop in the country, help address food and nutrition security issues, and alleviate poverty by tapping its potential for multiple uses, from medicine to raw materials.

Bicol was among the pilot areas, which at the time recorded a high malnutrition rate in its 4 provinces. According to De Asis, breadfruit trees are mainly backyard trees, and the fruits are harvested as energy food by the local populace. She said it is found in Sorsogon, Camarines Sur, and Albay.

So far, the DA in Bicol, together with private entrepreneurs, has commercialized several breadfruit-based products mentioned earlier.

It also helps that there are experts from the private sector like Borromeo who are interested in participating in this project by also doing research for product development.

According to Borromeo, breadfruit can sustain a “chilling injury” when stored in temperatures below 12 degrees Fahrenheit, adding that it can result to discoloration, spoilage, or nutrients loss. Nonetheless, she said it is still a good alternative choice for healthy dessert as long as served in moderation, adding that it if taken naturally with no or minimal sugar, the fiber can aid or control diabetes.

But she warned that it may not be advisable for diabetics and those who are obese, as well as patients with renal conditions and chronic kidney disease due to high sodium and potassium contents. Proper cooking knowledge is also a must to avoid choking and a bitter taste, she added.

While funding remains a challenge in developing processing and value-adding techniques for breadfruit, using this as a solution to malnutrition is not far-fetched.

How about having breadfruit rice in the Department of Education’s feeding program? With proper knowledge and creativity, a teacher had just showed how.

How about as a snack food in evacuation centers? Not only is it affordable, but it’s also nutritious and easy to prepare.

With the government’s recent announcement of creating a National Food Policy via the Inter-Agency Task Force on Zero Hunger, it would be timely to review how breadfruit can fit in the country’s initiatives to improve nutrition. – Rappler.com