May 7, 2020 12:41 AM PHT
Agence France-Presse
Facebook Twitter Copy URL
Copied
The group is also looking at people who do not become infected despite repeated exposure 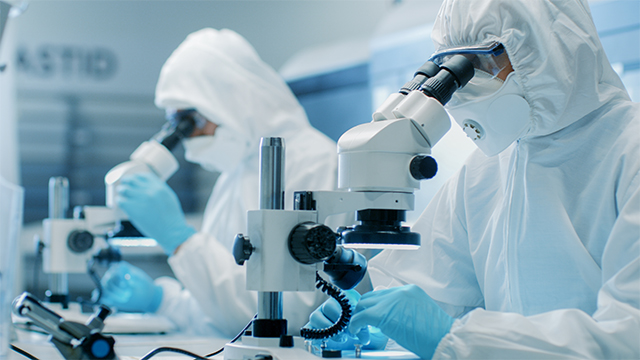 PARIS, France – Why are some people barely affected by coronavirus, while others become gravely ill even though they are young and healthy?

Scientists are searching for answers in patients’ genes, looking for mutations that affect their immune response in the hope of finding new treatments.

As more people become infected with the virus, a rough profile of a severely-affected patient has emerged: older, with underlying illnesses and more likely to be male.

But that is far from the full picture.

Intensive care units around the world have also treated a minority of people who are under 50 with no underlying medical problems.

These roughly 5% of patients are the ones that interest geneticist Jean-Laurent Casanova.

“Someone who could have run the marathon in October 2019 and yet in April 2020 is in intensive care, intubated and ventilated,” he told Agence France-Presse (AFP).

Casanova, director of the human genetics of infectious diseases laboratory jointly based at the Imagine Institute in Paris and Rockefeller University in New York, wants to find out if they have rare genetic mutations.

“The assumption is that these patients have genetic variations that are silent until the virus is encountered,” he said.

Casanova co-founded the COVID Human Genetics Effort, which is seeking to study the genome of these severely-ill younger patients in places like China, Iran, Europe, North America and Japan.

The group is also looking at people who do not become infected despite repeated exposure.

Their research is among a huge global effort involving dozens of labs scouring the genomes of COVID-19 patients for variations that might explain why some people get sicker than others – and potentially help develop anti-viral therapies.

Gene mutations have been found to make people more vulnerable to a range of infectious diseases, from influenza to viral encephalitis.

They can sometimes also offer protection.

In the mid 1990s researchers discovered that certain rare mutations of a single gene (CCR5) effectively stopped people from becoming infected with HIV.

The discovery gave researchers a greater understanding of the way the virus worked and paved the way for the development of new treatments.

In the past, whether a person became seriously ill with a particular disease was often put down to “bad luck,” said Jacques Fellay, a professor of human genomics of infectious diseases at the Federal Polytechnic of Lausanne.

“Today, we have the capacity to go and dissect the genome of these people and see if they have a rare mutation which could make them particularly susceptible” to the new coronavirus, he told AFP.

But differences in immune response are often caused by multiple genetic factors, Fellay said, likening the body’s defense mechanism to a mechanical watch.

“There can be a grain of sand in the cogs. Among a group of patients, each of these grains of sand can be different, but produce the same result,” he said.

This complexity means “we need to have a very large sample and collaboration, and the ability to repeat the observation to be confident about the results,” said Mark Daly, director of the Institute for Molecular Medicine Finland.

Daly is one of the scientists behind the COVID-19 Host Genetics Initiative, a large-scale global collaboration involving some 150 research centers.

The project aims to recruit at least 10,000 patients and share findings.

Researchers hope to have “very useful information” by the summer, he said, although the timeline is by no means guaranteed.

Ideally the work would lead to treatments.

“There are a huge number of medicines available that target specific genes,” Daly told AFP.

“If we find a genetic clue that points us to a gene that already has a medication developed, then we could simply repurpose the drug.”

But the process could be much more complicated.

Researchers may find mutations in genes that have not had drugs developed for them – potentially lengthening the time to create a treatment, said Fellay.

Or worse, they may find that the mutations are not “actionable,” or that interventions would create too many side effects.

Discovering the genetic mutations behind immune responses to COVID-19, then, is only the beginning.

“Genetics is a tool for exploring biology, but the resulting treatment, there is nothing genetic about it,” he said. – Rappler.com