May 15, 2020 7:30 PM PHT
Mavic Conde
Facebook Twitter Copy URL
Copied
'The improvements in air quality at this time confirm that it is possible to reduce air pollution if efforts are targeted towards the main sources of the problem,' the Center for Research on Energy and Clean Air says in a recent report 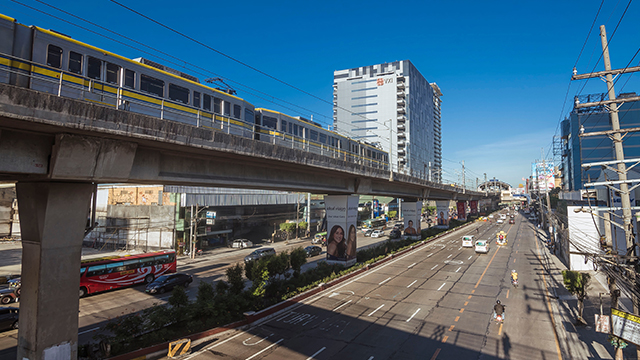 ALBAY, Philippines – Lockdown measures that Southeast Asian countries observed in varying degrees to stem the coronavirus pandemic have led to improved air quality in the region.

A recent report released on May 8 by the Center for Research on Energy and Clean Air (CREA) said the Philippines ranked second in Southeast Asia in terms of significant improvements in air quality, next only to Malaysia.

The CREA is a research organization focused on revealing the trends, causes, and health impacts of, as well as the solutions to air pollution.

The report identified the impact of each country’s lockdown measures on air quality since their respective lockdowns started until May 5, and compared it to images of nitrogen dioxide (NO2) during the same time period in 2019 where monitoring data is available.

It used both Sentinel-5P TROMPONI data and the Oxford Coronavirus tracker to generate the data.

NO2 is a nasty-smelling reactive gas that contributes to the formation of smog (brown haze) and air pollution in densely populated, warm cities like Metro Manila.

When inhaled in increased levels, NO2 causes respiratory problems and premature deaths. Among the major sources of NO2 are motor vehicle exhaust and the burning of fossil fuel.

“The lockdown measures saw an approximately 45% reduction in the NO2 levels of Metro Manila, as a result of the slowdown in transport activity and a 40% decline in the country’s power demand due to the hold on industries and businesses,” the report said.

A week after the Luzon-wide lockdown was implemented, there were reports of clear skylines in Metro Manila, as well as unimpeded views of the Sierra Madre mountain range which has not been visible from the metro for decades due to heavy air pollution.

How other Southeast Asian countries fared

According to the report, Kuala Lumpur saw 60% reduction in NO2 – the most drastic and sustained change due to transportation restrictions.

“Automobile emissions are one of the main causes of bad air pollution in Malaysia, where car ownership per person is the third highest in the world,” the CREA said.

Some improvements in air quality were also observed in Singapore, Indonesia, and Thailand.

Singapore closed its borders to foreign travelers from China as early as January 31, suspended large gatherings on February 10, and a week later, implemented a stay-home measure. By April 7, only essential services could remain open, including transportation and storage. Because of this, NO2 concentrations in the country remained above recommended levels.

“With the [work from home] in place, Jakarta saw an approximately 40% drop in NO2 levels. However, PM2.5 (particulate matter with a diameter of less than 2.5 micrometers) remained consistent to previous years, confirming previous studies that the city’s outdoor air pollution problem is greatly impacted by pollutants from surrounding areas,” the CREA noted.

PM2.5 is an oxidized nitrate aerosol which often comes from NO2 and is more dangerous as it stays longer in the air, thus increasing the risk of premature deaths from respiratory and cardiovascular diseases.

Thailand restricted large gatherings and closed down various public spaces in early March, even prior to closing its borders on March 22, and issued a state of emergency on March 26.

But since the north of the country has been dealing with forest fires caused by a combination of the land burning for commercial crops and persistent dry conditions exacerbated by climate change, the lockdown measures have not resulted in dramatic changes.

Meanwhile, Vietnam saw a sustained level of air pollution due to the limited scope of the country’s lockdown, which took effect on April 1 and has since eased as the number of cases in the country has plateaued.

Cambodia, Laos, Myanmar, Timor-Leste, and Brunei each have less than 200 coronavirus cases. In these countries, “any measures put in place have not resulted in changes to air pollution levels that can be attributed to lockdowns,” according to the report.

The CREA, however, warned that these “improvements in air quality are anomalies and if left unchecked following the lockdowns, air pollution will return swiftly and the threats to human health and well-being linked to it will persist.”

In many Southeast Asian countries, there is growing demand for electricity due to urbanization. This demand in the region is met mostly by coal – one of the most polluting fuels. As a result, the yearly average levels of outdoor air pollution in these countries exceed more than 5 times the World Health Organization’s limits.

Air pollution remains the biggest environmental risk to human health, contributing to chronic respiratory and cardiological diseases, in addition to around 799,000 deaths in the region annually, according to CREA.

For CREA, this is especially concerning as new research links past and current air pollution exposure to increased vulnerability to COVID-19.

Given the stress that healthcare systems and economies are undergoing because of the coronavirus pandemic, the report said countries’ recovery plans and economic stimulus packages must also address air pollution to avoid compounding risks.

“The reduction in air pollution due to COVID-19 in no way mitigates the disease’s catastrophic impact on peoples’ lives and livelihoods across Asia,” CREA analyst Isabella Suarez said.

However, the report argued that “the improvements in air quality at this time confirm that it is possible to reduce air pollution if efforts are targeted towards the main sources of the problem. [Hence], air pollution is a manageable issue.”

To do that, the study suggested investing in improving energy and transportation systems in ways that improve both human health and well-being, as well as the economy.

Another recommendation is to expand and modernize transport to support mobility and yield multiple benefits for both individuals and industries, including a reduction in vehicles on the road and decongestion of traffic.

As of Friday, May 15, the number of coronavirus infections worldwide surpassed 4.4 million, while over 302,000 people have died across 196 countries and territories. – with a report from Agence France-Presse/Rappler.com