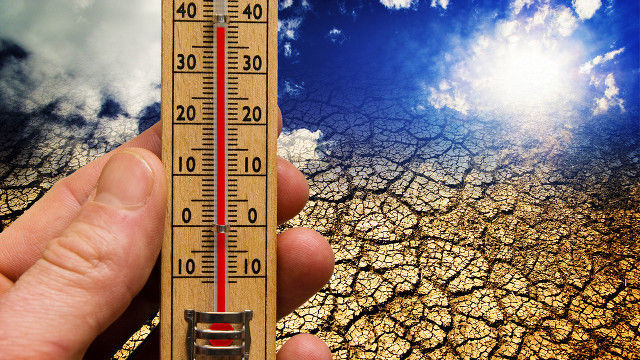 The longer it takes to switch from carbon-polluting fuels to cleaner energy sources, the harder and more expensive the target will become to reach, it said.

It warned that on present trends the planet will be 3.7-4.8 C warmer by 2100 — a level scientists say could be catastrophic.

“There is a clear message from science: to avoid dangerous interference with the climate system, we need to move away from business as usual,” said Ottmar Edenhofer, co-chairman of the UN expert group that compiled the document.

“Many different pathways lead to a future within the boundaries set by the two degrees Celsius goal. All these require substantial investments.”

The report is the third and final chapter of a mammoth overview by the UN’s Intergovernmental Panel on Climate Change (IPCC) — its first since 2007.

Compiled by hundreds of experts over four years, it collates the available science on climate change, seeking to inform national policies and the faltering global effort to formulate a pact by 2015 on curbing climate-altering emissions.

US Secretary of State John Kerry said the report was a reminder of the threat from climate change but also pointed to the entrepreneurial rewards from tackling it.

“The global energy market represents a $6 trillion (4.34 trillion euro) opportunity, with six billion users around the world. By 2035, investment in the energy sector is expected to reach nearly $17 trillion.”

For a 66% or “likely” chance of meeting the 2C target, the report said, the concentration of greenhouse gases in the atmosphere should be contained at about 450 particles per million of CO2 equivalent (ppm CO2eq) in 2100 — compared to 430 ppm CO2eq in 2011.

There would also be a “tripling to nearly a quadrupling” in the share of energy from renewable and nuclear sources and from traditional fossil or new biofuel sources whose emissions are captured — what the report described as “large-scale global changes in the energy supply sector”.

This will come at a cost, which the report estimated would clip some 0.06 percentage points annually off growth in global consumption — which would otherwise have been about 1.6-3.0% per year over the century.

The calculation did not factor in the potential cost benefits from tackling emissions, including healthier humans and ecosystems and energy security.

For an atmospheric concentration level of about 500 ppm CO2eq, which yields a lesser chance of success, emissions by 2050 are 25-50% lower than in 2010, according to a 33-page summary of the report.

The document — which listed options but made no recommendations — issued a stark warning about emissions growth.

In the decade to 2010, it said, greenhouse gas emissions increased an unprecedented billion tonnes a year on the back of rapid economic growth powered by fossil fuels.

On current trends, atmospheric levels by 2100 could be almost double or even triple those of today, according to the report.

“So far all the efforts… did not really decrease emissions and did not also have any impact on the growth rate of the emissions,” Youba Sokona, another co-chairman of the group, told AFP.

Despite the rise, the document says there remains a 15-year window for affordably meeting the 2C target at which scientists believe we can avoid the worst-case scenario predictions for an altered weather system.

“Delaying mitigation efforts beyond those in place today through 2030 is estimated to substantially increase the difficulty… and narrow the range of options consistent with maintaining temperature change below 2C,” it said.

Options include phasing out fossil-fuel subsidies, investing in cleaner source, and rolling out technology — still in its infancy — to capture and store carbon emissions from power plants that burn coal, oil and gas.

“We have challenges but it is not too late if we start acting,” he said.

But he warned that “the more we wait, the more costly it will become, and the challenges will begin escalating.”

The Summary for Policymakers was adopted Saturday after a line-by-line scrutiny by government representatives and scientists.

The full report, over 2,000 pages, should be released within days.

In the first volume of its Fifth Assessment Report, released last September, the IPCC predicted temperatures could rise 0.3 to 4.8 degrees C this century and sea levels creep up by 26-82 centimeters (10-32 inches).