Death toll in West African Ebola outbreak rises to 518 – WHO 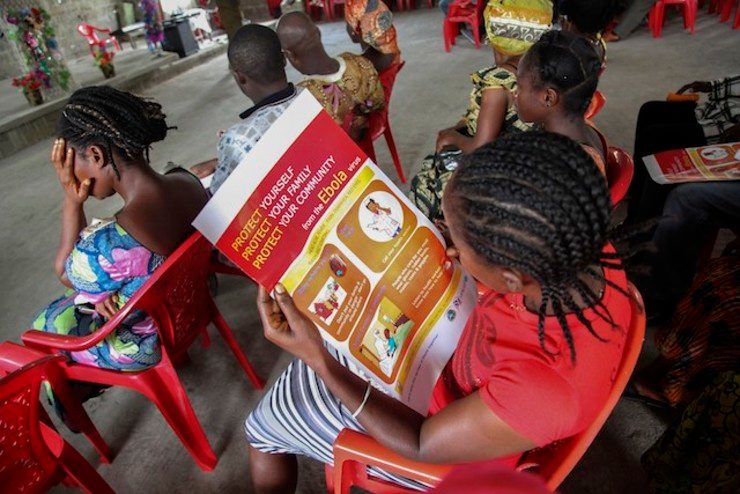 GENEVA, Switzerland – The number of people believed to have died from Ebola in west Africa has jumped to 518, the World Health Organization said Tuesday, July 8.

The UN health agency said that 50 new cases – 25 of them fatal – had been reported between July 3-6 by health authorities in Guinea, Liberia and Sierra Leone.

The total number of laboratory-confirmed, probable or suspected cases of Ebola in the region has now risen to 844, the WHO said.

The hardest-hit country remains Guinea, with 408 cases and 307 deaths.

The WHO and 11 west African health ministers last week held crunch talks to try to combat the deadliest outbreak of the virus in history.

Ebola is a form of hemorrhagic fever which is deadly in up to 90 percent of cases.

It can fell victims within days, causing severe fever and muscle pain, vomiting and diarrhea – and in some cases, organ failure and unstoppable bleeding.

Ebola is believed to be carried by animals hunted for meat, notably bats.

It spreads among humans via bodily fluids including sweat, meaning you can get sick from simply touching an infected person. With no vaccine, patients believed to have caught the virus have to be isolated to prevent further contagion.

The outbreak is the first in west Africa, and the largest since Ebola first emerged in 1976 in what is now the Democratic Republic of Congo. – Rappler.com