MANILA, Philippines (UPDATED) – A warzone as seen from space – this was what photos taken by an astronaut on the International Space Station (ISS) showed as the space station zipped over war-torn Gaza and southern Israel.

Alexander Gerst, a German astronaut of the European Space Agency (ESA), posted Wednesday, July 23, two photos of Gaza and Israel on Facebook and Twitter. The photos were taken Tuesday night, July 22, as the ISS flew over the region.

At first glance, the photographs look like any other nighttime photo taken of a populated area as seen from space.

“My saddest photo yet,” Gerst said in the caption for the photos.

In a blog post the following day, Gerst said that on the day he took the photo, he noticed “streaks of light going forth and back over a dark Earth, occasionally lit up by orange fireballs.”

“I took my camera and took a few photos before I finally realized what I just saw, and where we just flew past. Even though the photo itself does not contain any explosions, I could see them occur several times,” he wrote. 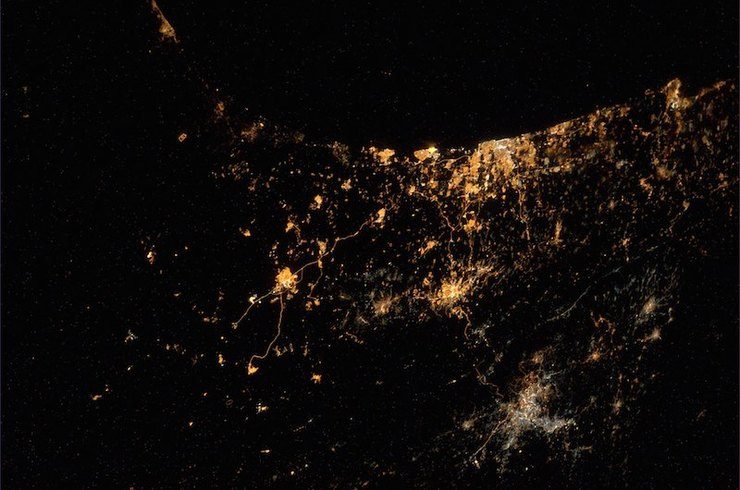 “What came to my mind at the time of this photo was, if we ever will be visited by another species from somewhere in the universe, how would we explain to them what they might see as the very first thing when they look at our planet?,” he wrote.

Like past ISS astronauts and cosmonauts, Gerst has been posting photos of places on Earth as seen from the space station, but most of them are of tourist spots and natural phenomena.

There’s renewed conflict in the area as fighting has been raging for 17 days now, claiming more than 700 lives so far. It has also prompted frantic diplomatic efforts to forge a truce led by the US and United Nations.

Gaza-based rights groups say at least 80% of the victims are civilians, including women and children.

Israel says over 30 of its soldiers have died since it began ground operations on July 17.

Israel says it is targeting the Islamist Hamas movement which has fired hundreds of rockets into Israel over recent months.

US Secretary of State John Kerry and UN chief Ban Ki-moon held talks in Jerusalem on Wednesday in a bid to secure a ceasefire, but so far Hamas has rejected any truce without the lifting of Israel’s eight-year blockade on Gaza. – With reports from Agence France-Presse/Rappler.com