Oct 28, 2014 5:31 PM PHT
Pia Ranada
Facebook Twitter Copy URL
Copied
The US, a science and technology giant, and the Philippines launch a framework that makes it easier for their scientists to collaborate on priority research topics 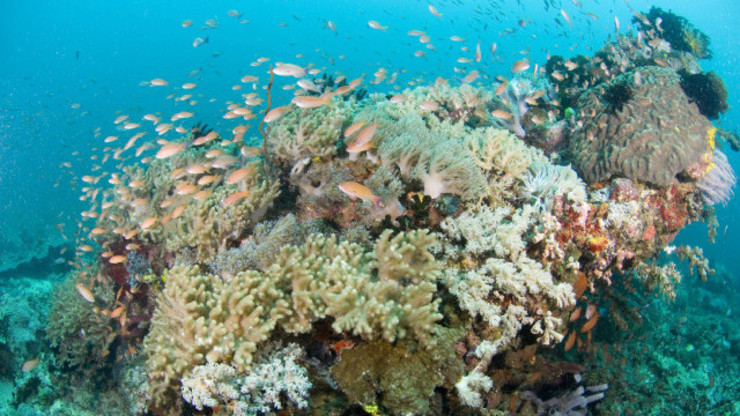 MANILA, Philippines – The Philippines and the United States have formalized a framework that will enable their scientists to collaborate on research tackling some of the most daunting global challenges today, including climate change, food security, and health.

On Tuesday, October 28, country representatives embarked on the first Joint Science and Technology Committee Meeting in which the 5 priority research areas were announced.

The meeting is the first after US Secretary of State Hillary Clinton and Foreign Secretary Albert Del Rosario signed an agreement in 2012 establishing scientific and technological cooperation between the US and the Philippines.

Montejo said the meeting laid down the framework that will make it easier for scientific institutes in both countries to team up with each other in pursuing common fields of interest.

The US, known as the country that invests the most in research and development, brings funds and a wealth of knowledge and experience to the table, he said.

The Philippines, meanwhile, is a “veritable tropical laboratory,” with rich biodiversity yet to be extensively studied by scientists, added Montejo.

US Ambassador Philip Goldberg said the framework is a formalization of a scientific collaboration between the two countries that has been going on since the US colonial government commissioned the Manila Observatory to be the Philippines’ official weather bureau in 1901.

Through the years, the Philippines has also benefited from Fulbright scholarships, research grants and other ventures. In the area of marine biodiversity alone, the US government has given $46.5 million (P2.1 billion), said Goldberg.

Philippine and US scientists have identified specific research topics under each of the 5 priority areas.

For Climate Change and Disaster Resilience, one topic being considered is the improvement of weather and flood forecasting. (READ: Climate change creating ‘new poor’ in PH)

Montejo said the US National Oceanic and Atmospheric Administration (NOAA) is helping the DOST develop its storm surge warning system, which the department has committed to finish by December.

“With NOAA, we can further enhance our storm surge models. The models will tell us, not only the height of the storm surge, but also flood inundation, where [the floods] will reach,” said Montejo.

In Health Research, the focus is on using technology to make it easier to diagnose important diseases, said DOST Undersecretary for Research and Development Amelia Guevara.

For Marine Biodiversity and Conservation, efforts will concentrate on building capacity of scientists to identify various species spotted in the Philippines’ rich and under-explored marine ecosystems.

In the Improving Science research area, priority may be given to boosting the science, technology and math curriculum of Philippine students as the government rolls out K-12.

For the last research area, Agriculture and Food Security, one topic of interest is on innovations for increasing productivity of crops through pest management, said Guevara.

Science for the economy

Though the US and Philippines share interests in scientific research, their science and technology budget are worlds apart.

The DOST budget for 2015 is at P19.173 billion ($429 million) while the US’ research and development budget for the same year is $465 billion (P20.8 trillion), said Jennifer Haskell, US Department of State Office of Science and Technology Cooperation Director.

However, two-thirds of this fund come from the private sector, she said.

The US, China, Japan, and Europe, account for 78% of world spending on research and development, according to the 2014 Global R & D Funding Forecast.

Montejo previously told Rappler that the DOST relies on international donors and partners to augment its budget.

The US’ significant investment in science and technology is no surprise given that much of its economy is driven by innovations in that field.

Science and technology is the global superpower’s “source of economic strength and security,” said Haskell.

Around 60% of US exports come from science-based industries like pharmaceuticals, software and agriculture, she added.

The Philippines hopes to follow the way the US has been able to leverage science and technology for economic growth.

While it lacks research funding compared to the US, the Philippines boasts rich biodiversity, especially in terms of marine life.

The huge number and diversity of species are a rich genetic resource, perhaps even carrying the cure to the world’s deadliest diseases.

Genetic resources, or genetic material that may have actual or potential value, can come from plants, animals, or microorganisms. Many medicines, industrial material, cosmetics, and other products are derived from genetic resources.

Given the framework, will the Philippines and the US benefit equally from the research?

Montejo gave assurances to Rappler that the Philippines will not be shortchanged by the agreement.

“We have mechanisms in place like the Technology Transfer Act [of 2009]. The premise of the agreement is very clear: it must be mutually beneficial.”

Filipino scientists also mentioned the Wildlife Resource Conservation and Protection Act of 2001 as containing guidelines on how biological resources like coral reef samples, animal and plant specimens found in the Philippines, may be used for scientific research. – Rappler.com