Oct 31, 2014 10:24 PM PHT
Agence France-Presse
Facebook Twitter Copy URL
Copied
China and Russia block both the East Antarctic scheme and a US-New Zealand bid for a protected zone in the Ross Sea during the annual Commission for the Conservation of Antarctic Marine Living Resources talks 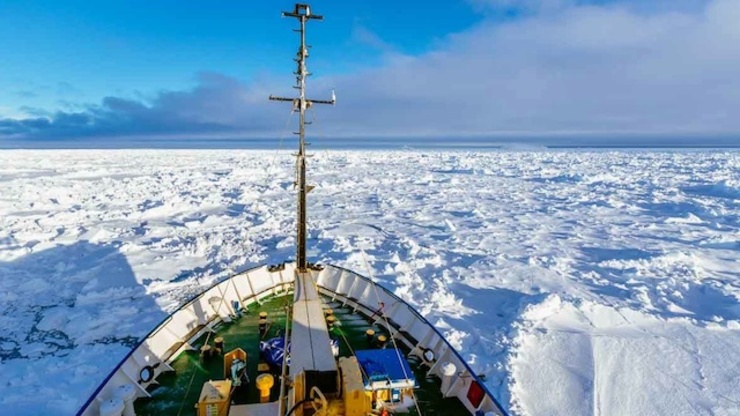 Australia had hoped for support for its joint French and European Union plan for a Marine Protected Area (MPA) to protect biodiversity in East Antarctic waters after it drastically reduced the size of the proposed site.

But China and Russia blocked both the East Antarctic scheme and a US-New Zealand bid for a protected zone in the Ross Sea during the annual Commission for the Conservation of Antarctic Marine Living Resources (CCAMLR) talks in Hobart.

“The ultimate result is failure,” said Andrea Kavanagh from the Pew Charitable Trusts, saying that supporters had not been able to get the proposals across the line in four years.

“Every year we wait leaves this near pristine ecosystem vulnerable to fishing.”

Proposals must win the support of all 25 members of CCAMLR to succeed. Objections to the proposals last year related to the size of the planned protected areas, Australian officials said ahead of the 10-day meeting.

“It is appalling that while the majority of CCAMLR members are more than ready to create significant marine protection in Antarctic waters, China and Russia have again blocked all efforts to negotiate a successful outcome,” Mark Epstein from the Antarctic and Southern Ocean Coalition said.

Pew Trusts’ Kavanagh said the disappointing decision could have implications not just for conservation and scientific research, but the health of fish stocks.

“This isn’t just about the environment and protecting the environment, it’s actually about creating more sustainable fisheries for the future,” she said.

‘Too big a hurdle’

The plans would have also allowed for some fishing and research in the protected zones as long as conservation values were met.

The Ross Sea proposal would have included a roughly 1.34 million square kilometre reservation, in the area often referred to as the ‘Last Ocean’ due to its pristine condition.

But the Antarctic Ocean Alliance’s Russian campaigner Grigory Tsidulko said geopolitics, including the world’s response to unrest in Ukraine, had played a role in this year’s discussions.

“I think this year the major factor is the overall geopolitical situation, including Russia,” he told Agence France-Presse.

But he said the Russian delegation had left the door open for the protected zones in the future, telling the meeting that while it had reservations about the current proposals it was open to talks.

Kavanagh said geopolitical issues were always present, but in the past countries had always overcome this when it came to Antarctica.

“For example they signed the Antarctic treaty at the height of the Cold War,” she told Agence France-Presse.

“Antarctica is usually a place where we’re able to set aside those geopolitical tensions and move forward in a like-minded way to protect Antarctica and the living creatures there.

“But for this year it was too big a hurdle. But I think we will get there in the end.”
CCAMLR is a treaty tasked with overseeing conservation and sustainable exploitation of the Antarctic Ocean, also known as the Southern Ocean.

Environmentalists say the Southern Ocean is home to more than 10,000 unique species, including penguins, whales and colossal squid, as well as a region critical for scientific research.

“The question of whether CCAMLR can deliver on its conservation mandate is in very serious doubt after another disappointing failure at this year’s meeting,” Richard Page from Greenpeace said in a statement. – Rappler.com