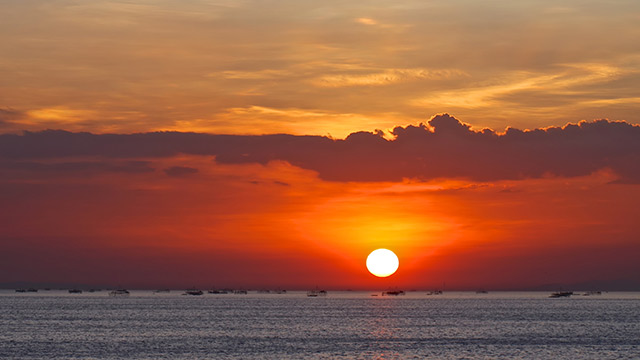 In a media briefing, the state weather bureau said the “weak El Niño is likely to affect the rainfall pattern in different parts of the country in the coming months.”

PAGASA warned about the El Niño’s adverse impacts on the country including warmer-than-normal temperatures, depending on the location and time period.

Tropical cyclones could shift northward and could become stronger, the bureau added.

The US National Oceanic and Atmospheric Administration (NOAA) earlier declared the onset of El Niño Thursday, March 5, after the agency observed warmer-than-average sea surface temperatures in the western and central equatorial Pacific region.

The NOAA also said there is an “approximately 50-60% chance” that El Niño conditions will continue” in the next few months, particularly in the summer period in the Northern Hemisphere.

The NOAA added: “Due to the expected weak strength, widespread or significant global impacts are not anticipated. However, certain impacts often associated with El Niño may appear in some locations during the Northern Hemisphere spring 2015.”

El Niño occurs every two to 7 years, when the prevailing trade winds that circulate over surface waters in the tropical Pacific start to weaken.

The phenomenon leaves countries like India, Indonesia and Australia drier, increasing chances of wildfires and lower crop production, while leading to heavier rainfall in the eastern Pacific and South American nations, raising the specter of floods and landslides.

It is often followed by a return swing of the pendulum with La Niña, which is characterized by unusually cool ocean surface temperatures in the central and eastern tropical Pacific.

Scientists, who closely monitor the two climate patterns, say that while they are not caused by climate change, rising ocean temperatures caused by global warming may affect their intensity and frequency. – With reports from Agence France-Presse / Rappler.com