MANILA, Philippines – The Verde Island Passage – the narrow body of water separating Luzon and Mindoro islands – is not just a busy sea lane and the location of famed party hotspot Puerto Galera. It is also a biodiversity hotspot, a recent expedition revealed.

American and Filipino scientists exploring the area have found more than 100 marine species, many of them previously unknown to science, the California Academy of Sciences (CAS) announced on Monday, June 8.

The CAS, in a statement, said the scientists were able to gather a wide range of marine specimens, including “rare and new species” of sea slugs, barnacles, and urchins, as well as “mysterious live animals from dimly-lit, deep-water reefs.”

The Verde Island Passage, bordered by Luzon and Mindoro islands, was the focus of their expedition. The scientists said that despite having explored parts of the passage in previous trips in 2011 and 2014, the 2015 field sites were as diverse, yielding a high number of marine species.

Some species discovered include about 40 new varieties of nudibranchs, many of which were found in a site near Puerto Galera.

They were also able to observe a live specimen of a new species of the heart urchin, which they consider as a “living fossil.” The discovery of this specific species was all the more fulfilling, because they were able to locate it just before the expedition ended.

Exploration of the Passage was done both in shallow waters, as well as in deeper waters, dubbed the “Twilight Zone,” between 150-500 feet below sea level – an important spot to locate animals that live in partial darkness. 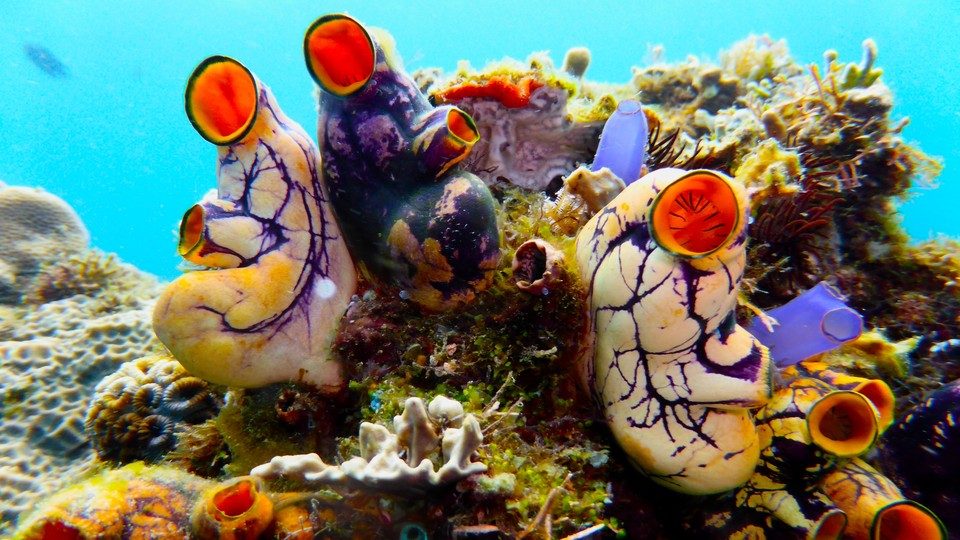 For their work in these deeper waters, the scientists said they relied on advanced technology, like closed-circuit “rebreathers” that allowed divers to spend more time exploring the depths of the Passage.

The researchers also employed special methods to safely transport the collected species to the surface.

Scouring the “twilight zone,” the researchers found not just fish unique to the area (they counted 15), they were able to also spot ctenophones, or comb jellies, around 280 feet deep underwater.

The expedition, the CAS said in a statement, affirms that the Philippines is the “center of the center” of marine biodiversity.

“The Philippines is jam-packed with diverse and threatened species – it’s one of the most astounding regions of biodiversity on Earth,” says Terry Gosliner, PhD, senior curator of Invertebrate Zoology at the CAS and a Principal Investigator of the expedition.

“Despite this richness, the region’s biodiversity has been relatively unknown. The species lists and distribution maps that we’ve created during our years surveying the country’s land and sea will help to inform future conservation decisions and ensure that this incredible biodiversity is afforded the best possible chance of survival.”

Gosliner said the area’s biodiversity has been “relatively unknown,” and by exploring the region the data they collected can help in ensuring the future of this important marine ecosystem.

“It’s thrilling to return to such an incredibly diverse region year after year,” Gosliner added. “Whether we’re finding new species or adding to our understanding of previously known creatures and habitats, these expeditions help us pinpoint how and where to focus protection efforts.”

The collected species will be examined further, and will be part of the CAS’s new exhibit at the Steinhart Aquarium, the institution said. It is scheduled to open in 2016.

The expedition by researchers from the CAS, working with Filipino scientists and local conservation groups, is part of a multi-year study of the Coral Triangle, focusing on biodiverse areas of the Philippines. It is funded by the United States National Science Foundation, the academy said. – Rappler.com