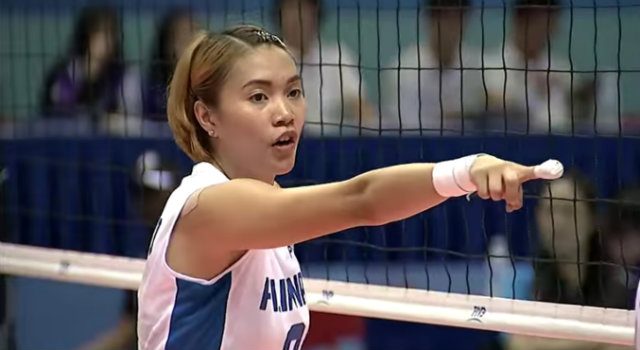 MANILA, Philippines – The Philippines dropped their opener in the VTV Invitational volleyball tournament by losing in 3 sets to Vietnam, 25-16, 25-18, 25-15 in Bac Lieu, Vietnam on Saturday, July 25.

Vietnam, the defending champion, was in control of the match from start to finish and displayed their dominance most in the third set, where they raced off to an 8-0 lead against a Philippine team that didn’t have Alyssa Valdez, Rachel Anne Daquis, Jovelyn Gonzaga and other members of its SEA Games team.

Vietnam hurt the Philippines most with their cross court kills and were deadlier with spikes.

Risa Sato and Janine Marciano played well for the Philippines despite the one sided contest, but the club couldn’t get enough production from veterans Aby Maraño and Dindin Santiago-Manabat to rival the production of the Vietnamese.

Philippines will be back in action on Sunday, July 26, when they take on the Thailand Under-23 team. – Rappler.com