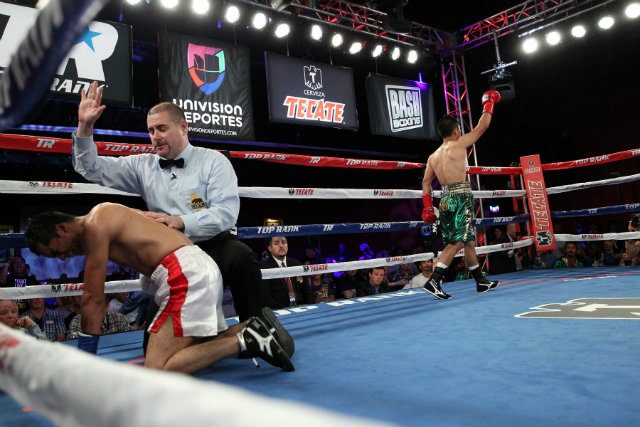 The 34-year-old Filipino-American boxer showed he could still crack with world-class punching power as he dropped Omar Soto 3 times for a first-round knockout at Florentine Gardens in Hollywood, California on Saturday, July 25 (Sunday, July 26 in Manila).

Viloria has now won 4 straight fights – including 3 straight by knockout – since his split-decision loss to Juan Francisco Estrada in 2013. The former two-division champion from Waipahu, Hawaii is next eyeing a showdown with The Ring magazine flyweight champion Roman Gonzalez, who has not announced a dance partner for his October 17 fight at Madison Square Garden in New York City.

(READ: Viloria wants Gonzalez next: ‘He’s been dodging me’)

It’s hard to tell what, if anything, Viloria has lost after 14 years as a professional. But one thing that is for certain: he can still hit pretty hard for a 112-pound fighter.