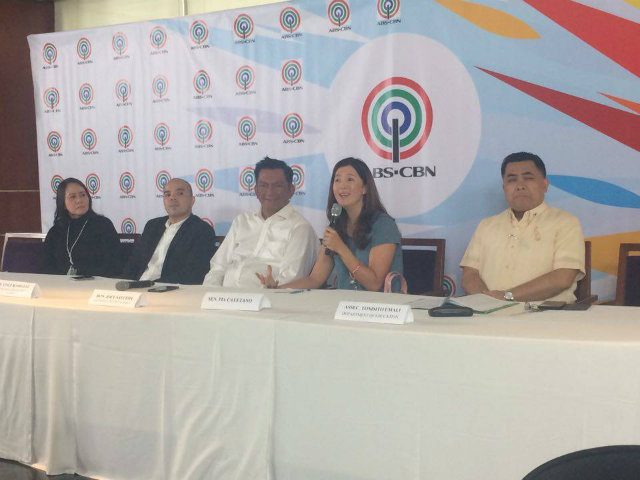 MANILA, Philippines – Will there ever come a time when a Palarong Pambansa host won’t have to fend for itself?

Senator Pia Cayetano, who is vying for a seat in the House of Representatives, pledged to push for sports infrastructure funding for local government units that host the Palarong Pambansa.

“I mean seriously, that’s what happens all the time. This is a disaster and it’s nothing for us to be proud about.”

Cayetano, who is running in the Taguig congressional race in the May 9 elections, made the statement after Education Assistant Secretary Tonisito Umali explained the current situation of LGUs hosting the annual Palaro, the country’s biggest sporting event.

Instead, he said, the national government shoulders various expenses for the games that involve thousands of student-athletes and their training staff.

“What we have is our support to our school division host to take care of our schools which will be used as billeting quarters. Sa paaralan po yan (It goes to schools for) minor repairs,” Umali said.

According to DepEd, P283 million was allotted for this year’s Palaro for student-athletes’ expenses from meals to transportation as well as for the staging of regional, division, and national meets prior to the Palaro.

As in previous years, no fund is allotted to build local infrastructure for Albay, which beat lone competitor Tuguegarao City, Cagayan, in the bidding.

Salceda said in its bid offer, the provincial government committed to invest P400 million in the national games “in terms of facilities and modernization.”

“We look at that as an investment in human resource development as well as sports for our tourism development. We did not ask a single cent from them,” he said during the press conference.

Last year’s host, Davao del Norte, reportedly put up P243 million for the reconstruction of the Davao Sports and Tourism Complex in Tagum City, the primary venue of the youth games.

Sports has been Cayetano’s platform and advocacy since she became a senator in 2004, being a former athlete herself who played volleyball in college. She emphasized the need for sports to be a priority and how it can be a means for youth to thrive and have a better life.

“We need the national agenda to include sports because it not only keeps kids off the streets, but it also gives them a sense of responsibility. And for many of them this is what will make them shine,” she explained.

“We talk about crime and corruption, we talk about drugs, we talk about our young people being on the streets without any productive activities – this is the answer, sports. And here you see a local executive like Gov Salceda and quite a few others out there without any support,” Cayetano added.

“When it comes to facilities, itong tag-hirap na nating (these poor) local governments are still the ones who are funding it. That’s very important and I really hope that the next chief executive would fund sports. Because otherwise, let’s be honest, it’s Palarong Albay.”

Albay will  host  more than 14,000 student-athletes, coaches, and officials from all over the archipelago, substantiating the province’s thrust in the bidding process as an ideal, accessible location for Palaro.

A total of 18 regions – including the newly-created Negros Island Region – will compete in 21 sports disciplines. There will be 32 sports venues and 24 billeting quarters throughout the province.

Over a thousand medals are up for grabs in the week-long games happening from April 10 to 16 and will be broadcasted on ABS-CBN Sports and Action through a two-hour block every day. – Rappler.com