Student-athletes in this year’s Palarong Pambansa will be in the company of  new competitors as the newly-created Negros Island Region (NIR) will participate in the annual games in Albay from April 10 to 16.

A total of 18 regions will now be competing in 21 sports disciplines, all vying for over a thousand medals.

Rappler spotted the region’s grade school fooball players practicing at Bicol University and spoke to Carlo Torbela, one of the coaches of the student-athletes.

Torbela, a football coach for over 13 years, said that after one and a half months of training, he believes they are ready for the competition. They are aiming to win even without the players he used to work with before the NIR was formed. It is his first time to be head coach for the Palarong Pambansa.

(I think we can get into the final 4 since our team and the team from Iloilo used to play together but now, we are separated. In that batch, most of the elite players came from Negros.)

Last year, the Region VI football team which had among its members student-athletes from NIR, lost the match against the National Capital Region (NCR) and settled for the silver medal.

The head coach noted no significant problems, so far, in terms of practices and accommodation, although the region was billeted in the municipality of Guinobatan, which is approximately 17 kilometers from the main venue.

He is confident, however, that with the camaraderie among his athletes – most of them have been training together as early as the summer of 2015 – his team can score a medal for the newly-formed region. 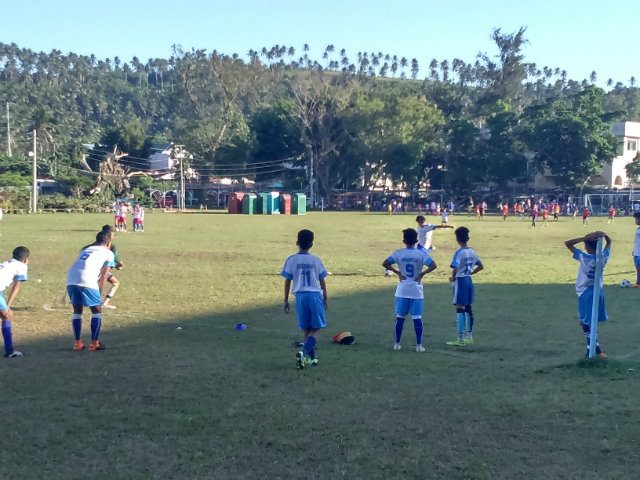 Sison also noted they have participants who already played in the previous Palaro representing their former respective regions. He believes that could increase their chances of besting the competition.

They are getting all the support they need from their local government units, the Department of Education, and teachers from various schools. (RELATED: Pia Cayetano to push for Palaro infrastructure funding) – with reports from Randall Matthew Lorayes and Mary Joy Gelit/Rappler