DepEd eyes adding chess for the blind at next Palaro 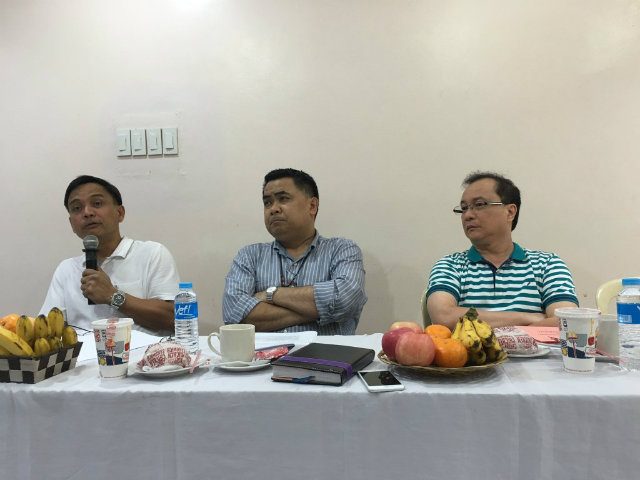 Facebook Twitter Copy URL
Copied
Aside from chess, there are plans to add more events in the Palarong Pambansa special games

LEGAZPI CITY, Philippines – The Department of Education (DepEd) is looking to add more sports and events to Palarong Pambansa’s special games next year – and one of them is chess for the blind.

DepEd Assistant Secretary Tonisito Umali and Palaro deputy secretary general Cesar Abalon shared their plans for next year, saying they want to include new events in the special games, such as 50-meter and 100-meter runs for athletics.

(I have plans to add more games. SPED has plenty of categories, including those for the blind, etc. We will sit down and plan what we will do first, but chess for the blind is lined up already.)

“Gusto natin palakasin ‘yan (We want to strengthen it). We really encourage all our regional delegations to participate in all the special events and we want also quality participation,” added Umali, who also said there will be more events in swimming as well. (WATCH: Inside the #Palaro2016 main venue)

The special games have been part of the annual national youth games since at least the time of former president Fidel V. Ramos. Current sports include athletics, swimming, goal ball, and Bocce – a ball sport closely related to bowling.

Participating in these games are children with disabilities ranging from the visually impaired to those with orthopedic impairments. A number of kids with missing limbs have been competing in swimming over the years, such as Jonalyn Hernando and Marco Tinamisan of CALABARZON.

According to Umali, DepEd has been prioritizing better participation in the special games in partnership with hosts, ensuring schools will send kids to compete.

“I think we’re doing a good job kasi maganda yung response, marami yung pinapadala (because the response is good, they’re sending plenty of kids). We’re now on the next step which is to add more events,” he said. (READ: Albay has security, health covered as Palaro draws near)

To further encourage schools to send participants, DepEd also has plans to highlight the special games by somehow separating it instead of embedding it within the regular events. Umali, however, admitted they have to flesh out the concept given that the Palarong Pambansa Act of 2013 mandates only one Palaro.

There is also a conscious decision to be more inclusive in this year’s Palaro in Albay as the hosts have included persons with disabilities as part of the traditional torch relay.

For the opening ceremony, happening on Sunday, April 10 at 4 pm, a sports enthusiast who plays basketball on a wheelchair will light the friendship urn to formally open the 2016 Palarong Pambansa. – Rappler.com